Most of you will guess where this is going because you will already have spotted this contradiction. Throughout the States over the last few weeks, we have had protestors who have been protesting the way that their states (under federal guidance) have been restricting their lives. Their lives have been curtailed both in terms of convenience and in terms of finances and economics. The reasons the states have been doing this has been to save lives. This is their raison d’être, whether in the context of an overwhelmed healthcare system, or in general.

This is, as I have mentioned previously, a case of people saying, “This line is a step too far, this is too much for me to pay for (whether in terms of inconvenience or lost earnings etc.) in order to save any extra lives.”

For these people, the calculation of the worth of a human life stops at that point and goes no further. Heck, the man in this video wanted to have a hamburger and was prepared to endanger lives to that end.

These same people are Second Amendment advocating, right-wing, religious, faux-libertarian pro-lifers. In some weird, right-wing irony, they have even taken to wearing Handmaid’s Tale outfits, too. Anti-abortion protestors have still taken to gathering for their protests, aside from the coronavirus protests, without appearing to social distance.

For weeks now, President Trump has led a jaw-dropping, cavalier display of indifference to human life. He has boosted efforts to characterize opening the economy — and tolerating covid-19 deaths on a possibly massive scale — as the lesser of two evils compared to a recession, an ideology shared by senior advisers and others, such as: Treasury Secretary Steven Mnuchin; senior economic adviser Larry Kudlow; Republican senators and congressmen; Fox News hosts; Rush Limbaugh and the rest of the right-wing propaganda machine; ludicrous figures such as Dr. Oz and Dr. Phil (who’s not a real doctor); the U.S. Chamber of Commerce; and a throngs of online Trumpers. (Disclaimer: I am an MSNBC contributor.)

In Wisconsin earlier this month, Republican lawmakers insisted that elections not be delayed nor the deadline for mail-in ballots extended, thereby forcing people to line up at the polls and risk illness or death if they did not want to lose their right to vote.

And all that sure seems odd for the “pro-life” party. It has not gone unnoticed by those who do political and legal battle on a regular basis with this crowd.

For years now, abortion-rights groups have inveighed against those pushing for restrictions on access to abortions under the guise of the “sanctity of life.” When Trump’s administration put kids in cages, separated them from their parents and oversaw deaths of those under detention, pro-choice advocates and groups declared their pretensions to be “pro-life” fraudulent.

(Others can be viewed here.)

Frankly, in the era of Trump, the anti-abortion movement — which overlaps considerably with conservative evangelicals — have lost the moral high ground on “character” and much more.

If these people really – and I mean really – were pro-life, they would be fighting tooth and nail to save as many lives as possible. And I can guarantee you that the core reason for their protest isn’t that they think more people will die as a result of a lockdown than otherwise. Any such arguments have been absent from their toolbox and will now seem very much post hoc rationalisations.

This is clearly a case of pro-life hypocrisy, and it is just as evident in the words of certain commenters on the boards here. Let this be a public calling out! 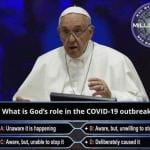 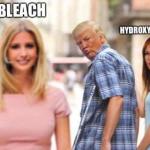 April 28, 2020 Why Do People Put up with His Obvious Lies?
Recent Comments
0 | Leave a Comment
Browse Our Archives
get the latest from
Nonreligious
Sign up for our newsletter
POPULAR AT PATHEOS Nonreligious
1