The Bible, the Constitution and the Virus

Arguments about the meaning of various passages in the Bible or the Constitution are never-ending. Those documents can be…and often are…interpreted in widely divergent ways, especially when they are squeezed and stretched until they scream.

The Bible has so many contradictions, inconsistencies and factual errors that a determined quote-miner can find something he/she can distort to mean almost anything. The Constitution, on the other hand, sometimes lacks detail. The writers were vague, possibly deliberately so, often stating general principles, and expecting the courts and society to interpret them as needed to adapt to changing social mores and customs.

There are few instances where a real contradiction, or at least a conflict, is apparent.  Perhaps the most famous of these involves the following well-known clause from the First Amendment:

Congress shall make no law respecting an establishment of religion, or prohibiting the free exercise thereof; or abridging the freedom of speech, or of the press; or the right of the people peaceably to assemble, and to petition the Government for a redress of grievances.

That is a long compound complex sentence with a lot meat in it. It has been the subject of endless debate, many court cases, and a lot of fatuous fulminations from religious leaders and politicians. What exactly does “establishment” mean in this context? Ask an evangelical Christian and then an atheist, and you will get interpretations so different, that you will doubt that they are talking about the same word. On one side, you will hear that the word refers only to the prohibition of a federally-established church, and that government is not prohibited from awarding as many privileges and exemptions to religious organizations as it likes. An atheist…or any other rational human being…would say that it means government should be neutral toward all religions, neither endorsing nor censuring them…and certainly not awarding any privileges to religious believers or their organizations that are denied to others, including nonbelievers.

Now consider “free exercise.” First and foremost, does it mean that religious institutions get a free ride whilst all secular organizations must pay taxes for government services, like law enforcement, fire protection, road and street maintenance, etc? That seems like quite a stretch for those two words. Secondly, do religious beliefs override secular law when there is a conflict? Does it mean that people can do whatever they like if it is part of their religious belief?  Surely there must be some limitations. I would venture that human sacrifice as part of religious services should probably be ruled out in most cases, although it would be tempting to make an exception if the sacrificee were one of the obnoxious trolls who pollute our comment threads. But once the exceptions start, where do they end? Interpretations of the Bible can vary considerably. Who decides which interpretation is correct, or is each person’s personal interpretation sufficient to entitle him/her to defy secular laws?

The question is not merely rhetorical. Consider the current controversy over government edicts prohibiting public gatherings during the Covid-19 pandemic.  Some religious leaders have interpreted the Free Exercise Clause to mean that even in this crisis, government cannot tell them to shut down their public gatherings. They have organized protest rallies, and gathered in huge numbers for religious services, in defiance of edicts by state and local governments. Some states have caved and made an exception for religious gatherings. Isn’t that a violation of the Establishment Clause? That depends on your interpretation, of course. (See Note)

The media are inundated with commentary on this issue, with predictably polar-opposite opinions from Fox vs the Washington Post or New York Times. What follows is an opinion from an organization that has as its primary mission, advocacy of church/state separation: Americans United for Separation of Church and State (Hereafter AU). They have a staff of lawyers who specialize in cases involving church/state issues. Full disclosure: I am a longtime member of AU.

The latest (May ‘20) issue of Church & State magazine which is published by AU deals, not surprisingly, with the challenges to church/state separation caused by the virus. The first of two articles authored by the editor of C&S, Rob Boston, deals with the legal aspects of the confrontation between a few churches and the various edicts against mass gatherings. Most churches, by the way, are not contesting this, and are implementing workarounds by holding “virtual” services. But I am sure you have all read about the egomaniac nutcases who apparently crave the notoriety they can get by ignoring government edicts, claiming that the government Is “oppressing” them, because, ya know, Free Exercise.

Rob provides an historical background on such conflicts, and how they have been decided by the courts. In 1905, the Supreme Court decided Jacobson v. Massachusetts, upholding the right of the state to fine residents who refused to get a smallpox vaccination. Although this would seem to be unrelated to the current controversy about public gatherings, the 7-2 majority opinion stated a principle that is clearly relevant:

Upon the principle of self-defense, of paramount necessity, a community has the right to protect itself against an epidemic of disease which threatens the safety of its members.

In 1922, SCOTUS reaffirmed that decision in Zucht v. King when it ruled that public schools could refuse admission to students who were not vaccinated. They reaffirmed it again in 1944. In Prince v. Massachusetts, which dealt with religious objections to vaccinations, they stated:

The right to practice religion freely does not include liberty to expose the community or the child to communicable diseases or the latter to ill health or death.

To their credit, some leaders of religious organizations have come forward to criticize the scofflaws. Tony Perkins, president of far- right-wing Family Research Council, said:

At this point, holding public church gatherings in the midst of a public health crisis is not a defense of religious freedom – it is a defiance of common sense and the care of your congregation. Spread the Good News, not the virus.

The final nail driven into the coffin of the religious freedom claim comes from the Alliance Defending Freedom (ADF), a right wing legal group. They reluctantly acknowledged that legal precedents give the government the power to close churches during a pandemic:

It’s clear that shutting down church services burdens religious freedom and assembly. But the analysis doesn’t stop there. The government must show a compelling interest for doing so. Right now, during this extraordinary time, it’s conceivable the current situation involving this global pandemic may qualify as a compelling government interest.

It is unfortunate that some state legislatures have either refused to limit church gatherings, or have caved to political pressure and given them an exception. There is plenty of evidence that prayer will not deter the virus. They should not let the religious loudmouths drown out common sense and the rule of law.

Note: The Establishment Clause deals only with laws enacted by Congress, so technically a state law that granted special privileges to religious believers does not violate it. However, the courts have decided in several cases that where a state law violates a federal law, the Equal Protection Clause can be used to invalidate the state law. 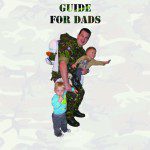 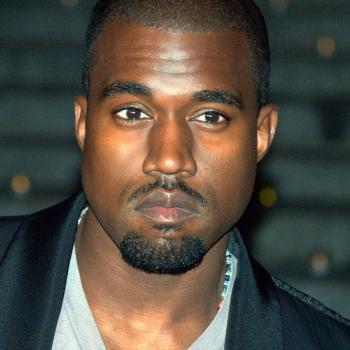