The president has trebled the number of religious İmam Hatip high schools in the country, steadily increased funding for Turkey’s religious affairs directorate and increased the powers of local muktars, or community leaders, who are usually pious men.

Yet a study by Sakarya university and the ministry of education from earlier this year looking at religious curricula in Turkey’s school system found that students are “resisting compulsory religion lessons, the government’s ‘religious generation’ project and the concept of religion altogether”.

Almost half of the teachers interviewed said their students were increasingly likely to describe themselves as atheists, deists or feminists, and challenge the interpretation of Islam being taught at school.

Polling by the agency Konda in 2019 also found that people aged 15-29 described themselves as less “religiously conservative” than older generations, and less religious than the same age group a decade earlier – respondents said they did not necessarily cover their hair, pray regularly or fast during Ramadan.

The overall drop in people who described themselves as religiously conservative was 7%, down from 32% in 2008, and those who said they fast during Ramadan declined from 77% to 65%.

The shift away from religion among Turkey’s younger generation follows a trend seen in many industralised countries. But some wonder if it is also a backlash to almost two decades of the AKP’s pushy brand of political Islam.

The 2019 survey only revealed a slight drop in religiosity overall. In a country where around half of the 82-million-strong population is under 30, however, even small societal attitude changes could have a dramatic impact on Turkish politics in future.

May 10, 2020 Quote of the Day on Personal Identity over Time
Recent Comments
0 | Leave a Comment
"Oh the Cuban angle is a cynical attempt to undermine criticism. They’re exactly the same ..."
Geoff Benson Astounding Cognitive Dissonance and Trump Support
"No, fascism, along with anarchism, are extreme right wing positions. There have been attempts to ..."
Geoff Benson Astounding Cognitive Dissonance and Trump Support
"Wait, wait.Are you calling Carter a socialist?"
3lemenope Being Honest with your Moral Consequentialism: ..."
"So what do you have to say about the Retrumplitarians' bad and discredited ideas and ..."
Raging Bee Putting the Trumpian Cognitive Dissonance to ..."
Browse Our Archives
get the latest from
A Tippling Philosopher
Sign up for our newsletter
POPULAR AT PATHEOS Nonreligious
1 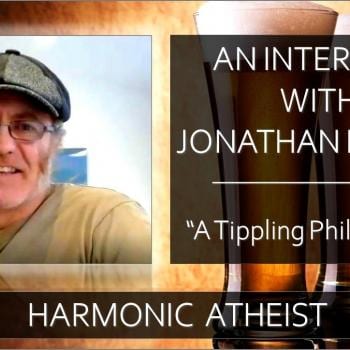 Nonreligious
God: "The Guy is in over His Head...
A Tippling Philosopher