It is called QAnon. It’s actually a combination of conspiracy theory and religious belief.  The basic tenets are:

Who or what is Q? Ah, that is a mystery. A shadowy Internet personality started posting vague and ambiguous comments on various web sites a few years ago. He/she identified themselves as Q. Anybody who is familiar with government security clearances knows that a Q clearance is at the top. Only very high officials and people dealing with the most highly classified material have a Q clearance. The choice of the name, and vague hints about inside information in the posts implies that Q has access to super secret stuff. There is also a fictional character who first appeared in a Star Trek series in 1987. Some of his characteristics are reminiscent of the Q in QAnon. From Wikipedia: https://en.wikipedia.org/wiki/Q_(Star_Trek)

Q is a fictional character as well as the name of a race in Star Trek appearing in the Next Generation, Deep Space Nine, and Voyager series, and in related media. The most familiar Q is portrayed by John de Lancie. He is an extra-dimensional being of unknown origin who possesses immeasurable power over time, space, the laws of physics, and reality itself, being capable of altering it to his whim. Despite his vast knowledge and experience spanning untold eons (and much to the exasperation of the object(s) of his obsession), he is not above practical jokes for his own personal amusement, for a Machiavellian and manipulative purpose, or to prove a point. He is said to be almost omnipotent, and he is continually evasive regarding his true motivations.

Believers in QAnon have absolutely no doubt that Hillary Clinton was operating a child porn and abuse operation in a pizza parlor in northwest Washington, DC. They call it Pizzagate. One of their members went there in December of 2016 armed with an AR-15 and broke into a locked room where he was sure he would find children being tortured. He was disappointed to find that it was a just a storage room. He laid down his rifle and surrendered to police who had been summoned by frantic 911 calls. He was tried, convicted and sentenced to four years in prison, but became a hero to the QAnon movement, whose members are still convinced that a liberal cabal is kidnapping and raping children.

There is no basis in fact for these beliefs. Does that sound familiar? It’s just like religious belief. And in fact, most QAnon believers, and there are apparently millions of them, are also devout evangelical Christians. If you start out believing all the stuff in the Bible, adding another layer of equally fact-free beliefs is apparently easy. Especially when the enemy is that morally degenerate liberal Democratic cabal that is allied with Satan. 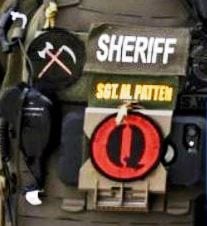 The response to the virus pandemic shows how QAnon operates. At first, they claimed that it was all a hoax, manufactured by the liberal media to harm Trump. Then, when that proved to be obviously wrong as the deaths mounted, the story changed. The virus was developed and spread by the “deep state,” their imaginary conspiracy of powerful government officials, to take down the economy and hurt Trump’s re-election chances. This, of course was exactly the response of Trump himself. In fact he has re-tweeted QAnon theories over a hundred times according to a recent article in Atlantic magazine.

Conspiracy theories, evangelical religious belief, and a visceral distrust bordering on hatred of liberals, who are mostly nonbelievers, and Democrats. It’s a toxic mix that enables a substantial segment of our society to accept outrageous lies and distortions. It is confirmation bias of such intensity that it denies reality and creates a worldview so distorted that it approaches mental illness.

And worst of all, these people vote.

God, or somebody, anybody…please help our country regain its sanity.

ACKNOWLEDGEMENT: Most of the information in this came from a long and detailed article in the June issue of Atlantic titled “NOTHING CAN STOP WHAT IS COMING” It starts with this: “QAnon is a conspiracy theory with messianic overtones and dark predictions. Its legions of followers are growing, and it’s a harbinger of a world where facts and reality don’t matter.” 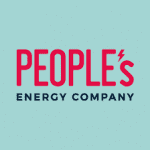 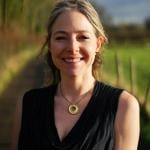 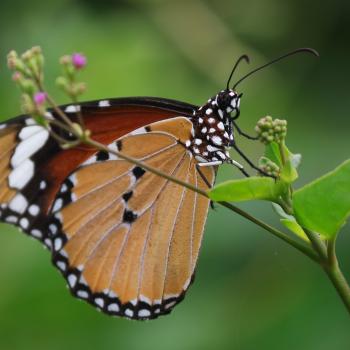 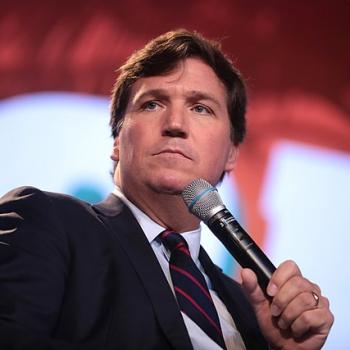 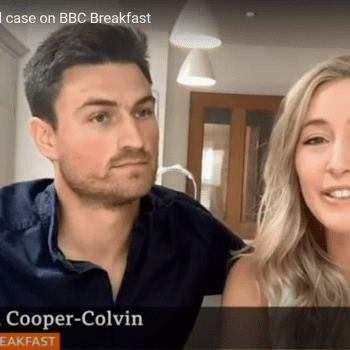 Nonreligious
England: Waiting for Humanist Weddings to Be a...
A Tippling Philosopher
TRENDING AT PATHEOS Nonreligious