This is a guest post from Patheos writer Suzanne Titkemeyer at No Longer Quivering. This is important. You need to read this in the context of Trump pushing a hitherto untested drug for reasons only guessed at, and the ramifications of this, or a reflection of US Big Pharma in general, on developing nations. Let her explain:

How U.S. Drug Companies Are Exploiting Other Countries During the Pandemic

Recently I had the unique experience of being one of roughly21,000 people tested for COVID 19 in the small Central American nation of Costa Rica. Costa Rica is one of the success stories in how the pandemic is being handled. They put the entire country on lockdown in mid-March, and are only now starting to slowly reopen. There are driving restrictions, curfews, and the closures of all public spaces like parks and beaches in place still.

For Costa Rica, this has paid off. The country has only had 10 deaths and barely scraped past 900 total cases of the disease during the pandemic. Other countries in Central America haven’t fared as well. In those bordering Costa Rica like Nicaragua, the death toll has surged over 300 with countless numbers of Coronavirus cases. Friends in Panama talk of the deaths there, now standing at 291 with over 10,116 positive cases.

I can only conclude that the decision made by the Costa Rican government to close the borders and tell the entire population to shelter in place was the right one. Add in that getting tested for COVID 19 in Costa Rica is both free and easy to obtain. Here’s my story of how I came to be tested and treated. It’s also a story of how the drug companies in the U.S are using people in other countries to test the efficacy of Hydroxychloroquine without their knowledge or permission. Of pure white entitlement against poorer people in other countries.

How did I come to get tested and enrolled on a drug trial for president Donald Trump’s drug of choice? I happen to be one of the millions out there with a preexisting condition, a chronic illness, the very group that science says is the most vulnerable to the virus. I have a Mast Cell disorder that manifests as a severe allergic asthma. Because I do whatever needs to happen to stay well.

Every year here in Costa Rica, my asthma goes wildly out of control towards the end of the dry season, usually April, and lifts when the rainy season starts at the end of the April. This year it got an early start, January, and the rains did not start until the second week of May, Which means by the time early April rolled around I was too sick to function normally. A trip to the clinic for a needed chest x-ray and a series of blood tests to make sure I wasn’t developing pneumonia or something worse before they add some sort of chemotherapy agent to the laundry list of immunosuppression drugs and biologics I live on.

This time was different. I knew the second my doctor returned and switched her mask from a surgical mask to an N95 what the tests showed. They showed I had an active virus. I left after having been given a Z Pack, enough Azithromycin for five days, and a scheduled visit from Ministerio de Salud, the Costa Rican Health Department.

The Health Department workers showed up very quickly, geared up like this was one of those scary science fiction movies about zombies and contagion. I watched them, anxious over the test, through the glass walls of our living room before they came in and quickly, painlessly, gave me the test. As they were leaving, they handed me two items. The first was an official Quarantine letter telling me I was hereby ordered by the Health Department to stay home until my test came back. The other thing was another packet of pills.

The pills had my name on the label, and when I flipped the packet and label over I read the words “For research study only” and the name of the U.S. Drug company that manufactured them. The same Hydroxychloroquine that Trump promoted, that he holds stock in that same company. I tried to shrug it off, and get the Health Department workers to leave. But they would not leave until I took the first dose in front of them.

Now, mind you, they had not said what the drug was, or given me any sort of information on side effects or anything else about the drug. I had to take it in front of them before they would leave. I did, with real fear and trepidation. I take immunosuppressants and everything I’d read indicated it should not be taken by people like me. It can cause a dangerous cytokine storm in those already on immunosuppression. Cytokine storms played a part in the deaths of many during the Spanish Flu and researchers are now saying it is a problem in Coronavirus too.

As an American, it can be a little disconcerting to find when you are living overseas that you don’t have the same freedoms and rights as you would Stateside. We saw and experienced that here in Costa Rica when the lockdown happened. There were armed law enforcement agents on the beaches, and we saw photos of law enforcement taking a few gunshots at surfers attempting to break curfew and surf. Here, no protest would be tolerated, like we’re seeing in the U.S.

Thankfully, nothing came of my single dose of Hydroxychloroquine, and the Health Department was no wiser that I’d tossed the drug out in the trash. Each day until my test came back negative a doctor from the Health Department called. He wanted to know if I had symptoms of course, but the majority of the questions were geared towards side effects from the medication given to me. Dutifully recorded.

After seeing news articles in the Costa Rican press about the bountiful donations by the United States government of supplies and drugs, I can only conclude that this is a deliberate attempt to use the country to test the drug on a population. Talking to other ex-pats throughout the world it looks likely that the manufacturers of the drug have donated it to many second world countries with the type of populations that implicitly trust their governments and medical professionals. Looking at the numbers around the world of nations using Hydroxychloroquine to treat COVID 19 it looks a great deal like people are unknowingly participating in a worldwide drug trial without informed consent.

There should always be informed consent in drug trials. When drug trials happen inside of the United States, you know going into the study that there are risks to participating. You’re given information on possible risks, you sign paperwork agreeing that you will take the risk, that you find it is an acceptable risk. Things happen, and you know that. If you are part of a chronic illness group without much in the way of effective treatment you find yourself signing up to test drugs.

One trial I was part of, for what is a common drug now used to treat COPD, we had five participants drop dead from the drug that week. The manufacturer of the drug ended the study, pulled the drug, retooled it and started again. Now we have a medication available for COPD that we didn’t have before, even if the study and drug were originally geared towards asthmatics. Turns out it sometimes kills asthmatics.

Another trial was for a biologic that turned out to be the drug I needed, and I was on for over eight years. It is also now black-boxed by the Food and Drug Administration because a certain number of people die from it. 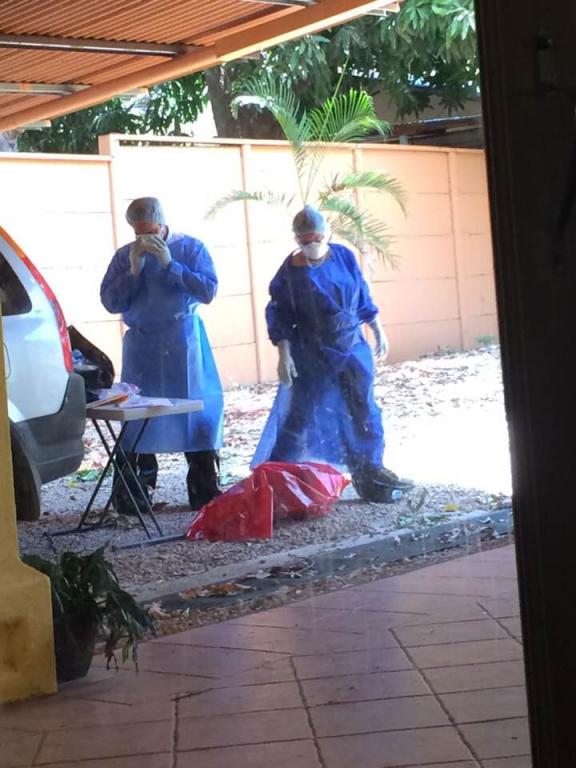 The consent aspect is what I find so troubling about what it looks like the drug manufacturers are doing. They are using virtually the entire world to trial and test the drug without letting those participating know. I suspect by handing it out everywhere without warning is much more cost-effective for the company than the usual tightly controlled trial.

It’s so unnecessary because the FDA already has in place ‘compassionate use’ exemptions for drugs of last chance. If you have a condition that there is no effective drug regimen for that drug can be green-lit and distributed in a matter of months, without much testing. It puts this testing the world actions in a sneaky light, seeing that these unapproved trials are not being conducted with any sort of real oversight or rules.

Testing Hydroxycloroquite in this manner highlights one of the biggest issues affecting the United States relationship with the rest of the world. An imperialistic use of others, a basic disrespect of anyone not a middle-class white American. Which is so ironic in an illness that kills more people of color than anyone else.

May 24, 2020
White Evangelical Support Through the Pandemic, and Going Forward
Next Post

May 25, 2020 QAnon Facts
Recent Comments
0 | Leave a Comment
Browse Our Archives
get the latest from
A Tippling Philosopher
Sign up for our newsletter
POPULAR AT PATHEOS Nonreligious
1