Using Common Sense to Not See God: Christianity Cannot Be Deduced from Nature 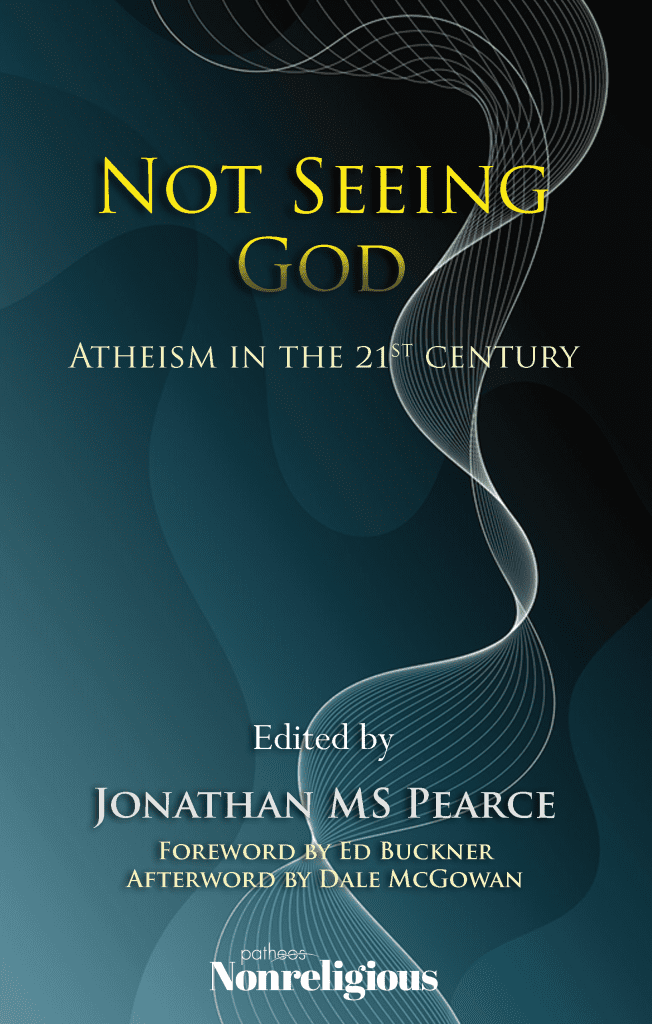 I posted the first part of Bob’s chapter the other day, and then the second part here, the third part here, and the next part of the chapter is here excerpted:

Christianity Can’t Be Deduced from Nature

Albert Einstein once said, “I know not with what weapons World War III will be fought, but World War IV will be fought with sticks and stones.” Suppose Einstein’s catastrophic World War III happens and civilization is destroyed. A thousand years pass, and civilization returns to roughly our level of scientific awareness. After losing all knowledge of optics and thermodynamics and gravity, this naive society has re-discovered it—the very same laws of optics and thermodynamics and gravity that we have now. Ditto for Relativity, or e = mc2 or f = ma, or any other scientific law or theory.

Obviously, these post-apocalyptic humans would have different terms and ways of representing things—consider how mathematical symbols, numbers, punctuation, paragraph breaks, and even spaces have evolved over the centuries. But whatever notation they invent would be synonymous with our own since they would simply be descriptions of the same natural phenomena.

Now imagine that all knowledge of Christianity was also lost. A new generation might make up something to replace it, since humans seem determined to find supernatural agency in the world, but they wouldn’t recreate the same thing. There is no specific evidence of the Christian god around us today. You can’t deduce Christianity from reality, and the only evidence of God in our world is tradition and the Bible. Eliminate those, and Christianity would be lost forever.

There would be nothing that would let this future society recreate Christianity—no miracles, no God speaking to people, no prayers answered, no divine appearances (unless God decided to act more overtly than he does today). Sure, there would be beauty to wonder at, great complexity in the interwoven structure of nature, frightening things like death and disease for which they would need comfort, riddles within nature, and odd coincidences. People then, like they do now, would likely grope for supernatural explanations, but starting from scratch you could invent lots of religions to respond to these things. There is no evidence or observation that would guide future societies to any specific supernatural dogma that we have today, except by coincidence.

Christians today come to their beliefs because someone initially told them of Christianity. If no one told you, you couldn’t figure out Christianity on your own, which is quite the opposite from how science works.

The Bible comments on our thought experiment. It claims:

“Since the creation of the world God’s invisible qualities—his eternal power and divine nature—have been clearly seen, being understood from what has been made, so that men are without excuse” (Romans 1:18–20).

And yet, without God informing humanity of his existence, Christianity would never be recreated. Worship of some sort of supernatural, sure, but not Christianity. This means that there is nothing inherent about our world that supports the claims of Christianity. We have just the Bible and tradition, both works of Man.

Here’s a variation on this thought experiment. Imagine the future post-Christian society comes across a library from our day in which they find information about twenty religions that are popular today. This information spreads, and civilization gradually adopts these new religious options. What is the likelihood that Christianity would come out on top again?

Let’s acknowledge that Christianity is sticky. If its message were a dud—that is, if it didn’t give people what they were looking for—it would have faded away. But now we’ve turned away from the question of truth and find ourselves squarely in the domain of marketing, considering which features of religion satisfy people’s emotional needs and which are turn-offs.

This is religion as breakfast cereal. Some new cereal brands last for a few months and are then withdrawn, while others remain appealing (often adapting to changes within society) for decades. Christianity is simply the Cheerios of religion. Like any successful brand in the marketplace, Christianity has spun off many variants—as if Lutheranism were the equivalent of Honey Nut Cheerios, Mormonism as MultiGrain Cheerios, and Pentecostalism as Cinnamon Burst Cheerios.

What can you say about a religion that cannot be recreated from evidence at hand today? About a religion whose god is knowable only through tradition? You can say what applies to all religions: we can’t prove that it is manmade, but it gives every indication of being so.

To grasp the enormity of the Christian claim, let us see it as part of a series of exponentially increasing claims. (This is my variation on an argument put forward by historian Richard Carrier.[1])

Suppose that each step in a series exceeds its predecessor simply in degree. For example, “I have a yellow car” is a more specific claim than “I have a car.” It is different in degree simply because there are fewer yellow cars than cars of any color. Let’s call this a linear progression.

More dramatic are steps that are different in kind, an exponential progression of steps. This is admittedly a sloppy use of “exponential” and “linear,” but it suggests the magnitude of difference between changes in degree and the more dramatic changes in kind.

Here are five steps in an exponential progression. Claims at each step become increasingly unlikely.

Big submarines do exist, so someone might own one someday. Technology does exist, so time machines might be built in the future, and then someone might own one. But science recognizes no supernatural claims, and there’s no reason to imagine that they will become more plausible in the future. No future developments in science or technology will help God make himself more available. Perhaps only outsiders to religion can fully appreciate the enormity (and lack of precedent) for the Christian claim.

Of course, billions of people today believe in some variation of this supernatural claim, but because these many claims are mutually contradictory they do more to argue that humans invent religions than that god(s) exist. The Christians who eagerly point to the billions of people who believe in the supernatural will turn around and undercut their claim by rejecting an all-roads-lead-to-God theology.

In response to a scientific puzzle such as “How did life originate?” or “What came before the Big Bang?” Christian apologists advance “God did it!” but they ignore how far-fetched the supernatural claim is. They confuse familiarity with plausibility, and on this exponential scale, God as a category 5 claim isn’t remotely plausible.

Christianity was an explanation for reality when there was nothing better. Today, however, science’s confident statements about reality, backed up by evidence rather than faith, make Pierre-Simon Laplace’s 200-year-old dismissal of God all the more appropriate: “I have no need of that hypothesis.”