Stacking the Odds for Getting into Heaven

Stacking the Odds for Getting into Heaven June 1, 2020 Jonathan MS Pearce

Bert wrote a nice little piece on heaven the other day. It inspired me to write something about this. Pertinently, he said:

The quote above suggests that getting into Heaven is pretty damned hard to do.  But, according to Christian doctrine anybody can be forgiven all of their sins if they repent…and believe in Jesus, of course. The Bible says repeatedly that the only unforgiveable sin is “blasphemy against the Holy Spirit.” What does that mean? Here’s one definition I found on an evangelical site:

In other words, nonbelief is the only unforgiveable sin. Everything else, including murder, torture, rape, incest, you name it, is forgivable. All a believing Christian has to do is repent all the awful stuff they have done, and they get a free pass through the Pearly Gates.

We have an interesting scenario where, if the Bible can be trusted at all, it is far more difficult to get into heaven than not. If life and existence is something of a test, then the test is ridiculously hard to pass and this is a test that God has designed. But it’s bigger than that because God also designed and created the people who are due to take the test and the universe or environment in which their experience, that will qualify them for the test, is set.

Not only this, but there were huge numbers of people who existed before Jesus was even born, and these people couldn’t be saved in the way the Bible now seems to intend. Of course, theologians such as William Lane Craig have contrived answers for this, such as God front-loading all of the people who would have rejected Jesus into existing before Jesus. This is a problem in itself that pretty much admits determinism, since there appears nothing that these people could do to be saved, and so God front-loads these damned people into existing before he could put a salvation mechanism in place.

God is setting up such a difficult scenario for humans that you can’t help but think that God doesn’t like human beings much at all.

If I had a class of students, my initial wish would be for all of them to pass whatever test I would be setting them because I would want them to have the requisite knowledge and be able to express it. In the same way, surely God would want as many people as humanly possible to be saved, to come into loving union with him?

Divine foreknowledge is highly problematic anyway, as I have countlessly pointed out. Quite why God would bother creating at all if he knew all of the answers in advance is baffling. Testing people is for the tester to find out what the students know. If God is testing us, then he is trying to find out who would pass and who would not. But if he already knew this, then the test becomes impotent and pointless; it becomes merely an excuse for condemning people to hell or annihilation for eternity.

I talk about all of this and more on my sections on heaven and hell in The Little Book of Unholy Questions (UK) – presently on offer in paperback on Amazon.com: 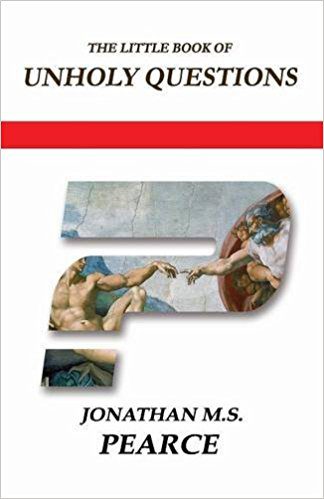 June 2, 2020 Trump, the Bible and Church Photo Ops
Recent Comments
0 | Leave a Comment
"I studied it for a long time. I don't see it either."
BertB Eye Openers…and then, a Big One
"Hmm, you're totally right, economics has NOTHING AT ALL to do with the environment. It's ..."
Omnicrom What Do Some People Have Against ..."
"Oi!"
Steven Watson The Most Pathetic Christian Argument I ..."
"I think that, at the rate we are going, the human race will either become ..."
democommiescrazierbrother What Do Some People Have Against ..."
Browse Our Archives
get the latest from
A Tippling Philosopher
Sign up for our newsletter
POPULAR AT PATHEOS Nonreligious
1

Nonreligious
What Does Paul Say about the Afterlife?
A Tippling Philosopher