On the Argument from Reason: Evolution, Emergence & the Fallacy of Division

On the Argument from Reason: Evolution, Emergence & the Fallacy of Division June 10, 2020 Jonathan MS Pearce

As I stated in order to introduce the Argument from Reason in my first post in this series (concerning doxastic voluntarism):

CS Lewis fashioned the Argument from Reason and it has since been taken on by Christian philosophers and apologists such as Alvin Plantinga (in the form of the Evolutionary Argument Against Naturalism – EAAN) and Victor Reppert. For a bit of background reading, it is well worth grabbing John Beversluis’s excellent C.S. Lewis and the Search for Rational Religion (UK). It is also worth reading “Anscombe’s Critique of C. S. Lewis’s Revised Argument from Reason” by Gregory Bassham.

The argument broadly goes like this, as Lewis quotes of JBS Haldane in Miracles:

If my mental processes are determined wholly by the motions of atoms in my brain, I have no reason to suppose that my beliefs are true… and hence I have no reason for supposing my brain to be composed of atoms.

The idea is that naturalism as a worldview is either self-refuting or indefensible. It can be formalised as follows:

1. No belief is rationally inferred if it can be fully explained in terms of nonrational causes.

2. If naturalism is true, then all beliefs can be fully explained in terms of nonrational causes.

3. Therefore, if naturalism is true, then no belief is rationally inferred (from 1 and 2).

4. We have good reason to accept naturalism only if it can be rationally inferred from good evidence.

5. Therefore, there is not, and cannot be, good reason to accept naturalism.

One absolutely central inconsistency ruins [the naturalistic worldview]…. The whole picture professes to depend on inferences from observed facts. Unless inference is valid, the whole picture disappears…. [U]nless Reason is an absolute–all is in ruins. Yet those who ask me to believe this world picture also ask me to believe that Reason is simply the unforeseen and unintended by-product of mindless matter at one stage of its endless and aimless becoming. Here is flat contradiction. They ask me at the same moment to accept a conclusion and to discredit the only testimony on which that conclusion can be based.

— C. S. Lewis, “Is Theology Poetry?”, The Weight of Glory and Other Addresses

Which is essentially to say that (deterministic) evolutionary mechanisms are not rational, so how could they bring about rationality? Alvin Plantinga later, as mentioned, used this to formulate the EAAN – Evolutionary Argument Against Naturalism – that evolution, as a nonrational process, is not interested in finding truth in the world (to vastly simplify it).

Back in the 1940s, when Elizabeth Anscombe criticised CS Lewis’ argument, she pointed out issues with defining rationality. (See “The Argument from Reason: Lewis’s Fundamental Mistakes” by Davi Kyle Johnson.)

So, “How can humans be rational because rationality can’t emerge from the non-rational”. Of course, the first thing to say here is, “Why not?” Any theory of emergence will argue that properties that are categorically different can emerge from other entities with different properties. Life emerges (albeit on a naturalistic thesis) from non-life. Patterns emerge from murmurations of starlings, consciousness from brain matter and so on.

Of course, this is just an inverse form of the Fallacy of Composition known as the Fallacy of Division. A fallacy of division occurs when one reasons logically that something true for the whole must also be true of all or some of its parts. How can a computer compute when a single piece of plastic that makes it up, or the screen, or any individual part, can’t? These properties emerge when certain networks and pieces of matter are arranged in a particular way. This is fallacious and provably wrong as a universal rule. There is no reason to think it applies to…reason.

I have argued before that evolution will favour the rational because of the pragmatic implications. That is to say, if I reason that the swaying bush is a tiger, rather than that it has no causal basis, then I am more likely to survive. I reason with myself, using induction here, that the bush is a tiger, then whether it is or not, I will survive. Imagine a Caroll Diagram whereby there are four options:

In other words, death comes to the person who does not use rationality. Therefore, using rationality will be selected in by evolution by natural selection.

You can apply this to all sorts of things, such as hypothesising about food, problem-solving and so on. Truth has a pragmatic value to us in terms of survival and, arguably, successfully doing almost anything. As Johnson states in the above-linked paper:

Was the ability to form true beliefs one of the advantageous ones that allowed for a bigger brain to be naturally selected, or was it just an ability that we developed because we needed bigger brains to throw spears? Probably the former, but either way, contrary to Lewis’s suggestion the ability to accurately form beliefs is not the result of a specific neurological cause-effect process that was selected because it just happened to lead to true beliefs.

In the same way: the person who gets a brain able to go through a “truth-getting-cause-effect-process” as a result of a random mutation of DNA is able to come to true beliefs better than others. Perhaps that mutation was a fluke—it was the result of a random pairing of DNA strands. But the fact that this process leads to true belief is no fluke; that is what such processes do. That this person “got” this process is a bit of a fluke, but that humans would acquire the ability to go through such processes is not. Granted no one designed natural selection, but given the way selection pressures and bisexual reproduction work and the large amount of time they have to do so, it is nearly inevitable that such a mutation would occur and be naturally selected.

Lewis’s mistake here is the same mistake that some modern religious fundamentalists make in understanding evolution. They argue, usually when attempting to get evolution out of the science classroom, that evolution cannot account for the existence of biological phenomena because such things cannot arise “randomly”— as if that is what evolution suggests they do. It does not. (According to evolutionary theory, the development of such traits over time is highly likely—that is one reason the theory is so successful.) Given that Lewis’s argument relies so heavily on a similar (mis)understanding of evolution, his argument has suffered a fatal blow.

But, we can also see why believing in religions may have an adaptive value and that does not have truth because the benefits for early man who did not have access to science and knowledge as we do now outweighed the fact that God does not exist. Horses for courses.

But I don’t want to go too far down the EAAN route here as this is about the idea that rationality can be an emergent property (or, at least, I can see no reason why it can’t), and that to say it can’t using the Fallacy of Division is fallacious.

In the next piece, I will look at what rationality is. 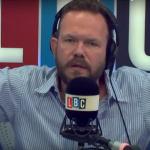 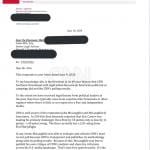 June 11, 2020 CNN Humiliates Trump with Reply Letter to Trump's Hissy Fit
Recent Comments
0 | Leave a Comment
Browse Our Archives
get the latest from
A Tippling Philosopher
Sign up for our newsletter
POPULAR AT PATHEOS Nonreligious
1

Why Hardcore Christians Hate 'Build-a-Bear' Christians
I'm long familiar with battles between the more-hardcore-than-thou adherents of a religion...
view all Nonreligious blogs
What Are Your Thoughts?leave a comment
Copyright 2008-2020, Patheos. All rights reserved.