Northern Ireland is synonymous with religious divide and sectarian belief and conflict. Now, unsurprisingly given similar trends over both the rest of the UK and other similar countries, those who profess to no religion have grown to record numbers:

The proportion of people in Northern Ireland who identify as ‘non-religious’ has hit a record high according to new figures.

The latest Northern Ireland Life and Times Survey found that 20% of adults now consider themselves to have ‘no religion’, an increase of 3% on the previous year.

The proportion of non-religious people in Northern Ireland now exceeds that of every other religion or belief group except Catholics – 36%, with Presbyterians accounting for 18% of the population and those who identify as Church of Ireland/Anglican/Episcopal 14%.

The most recent British Social Attitudes Survey found that the number of people saying they belong to no religion has grown from two in five , 43%, to a more than half, 52%, over the last decade.

Richy Thompson, Humanists UK Director of Public Affairs and Policy, said: “Northern Ireland is frequently referred to as a ‘Christian country’ and it is certainly the case that Christianity has a huge and disproportionate influence over public life and policy.

“However, these figures, which provide yet more evidence that the population is becoming progressively less religious and more diverse over time, show that such claims are increasingly unjustifiable.

Do you regard yourself as belonging to any particular religion? 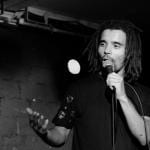 June 29, 2020 Live Chat with Andrew Hall
Recent Comments
0 | Leave a Comment
Browse Our Archives
get the latest from
A Tippling Philosopher
Sign up for our newsletter
POPULAR AT PATHEOS Nonreligious
1 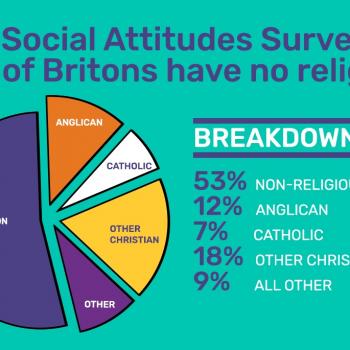