A new Welsh Government Bill that will change the law on religious education to make it clear that humanism must be taught about equally alongside the major religions has been laid before the Senedd (Welsh Parliament) this week.

Wales Humanists – which has long campaigned for a curriculum that treats religions and humanism equally – has expressed its approval for the Curriculum and Assessment (Wales) Bill, saying that it will make Wales ‘a world-leader in inclusive education’.

The Bill requires that teaching and learning in religious education – which will be renamed religion, values, and ethics (RVE) – must ‘reflect the fact that a range of non-religious philosophical convictions are held in Great Britain’ in addition to teaching about Christianity and other ‘principal religions’. It also makes provision for ‘a committee of persons representing… non-religious philosophical convictions’ to join Standing Advisory Councils on RE (or SACREs), the bodies that oversee RE and the development of the syllabus at local authority level. These changes are designed to clarify the law in line with the Human Rights Act, according to which religious and non-religious worldviews must be given equal treatment.

As well as clarifying that humanism should be fully included in RVE, the Bill also seeks to ensure that as many pupils as possible receive the subject in a pluralistic, non-partisan way. All children in schools without a religious character will be taught objective RVE in line with the locally agreed syllabus, but parents whose children attend voluntary aided faith schools – and who have previously been forced to choose between indoctrinatory faith-based RE and opting out altogether – will now be given the right to demand lessons taught in accordance with their locally agreed syllabus too.

Humanists UK Education Campaigns Manager Dr Ruth Wareham commented: ‘We are delighted that the Welsh Government’s Curriculum and Assessment Bill has now been laid before the Senedd. If successful in becoming law, this Bill will make Wales a world-leader in inclusive education by implementing policy changes we have been working towards for decades.

‘We are aware that the Catholic Education Service is lobbying against these urgently required reforms. It is therefore imperative that as many members of the Senedd as possible support this Bill in order to make these important proposals a reality.’

Following its introduction, the Bill will pass through four further stages before being granted Royal Assent, where the Queen formally agrees to pass it into law. If successful, this is scheduled to happen in April 2021.

In addition to the changes outlined above, the Bill will also introduce a statutory code for relationships and sexuality education (RSE) which will set out the key subjects that must be covered – including rights and equity; relationships; sex, gender, and sexuality; bodies and body image; sexual health and wellbeing; and violence, safety, and support – as well as a requirement for the Welsh Government to publish two further codes on key curriculum concepts (the ‘what matters code’) and progression over time (the ‘progression code’). It is hoped that these codes will help to prevent schools avoiding their duties to teach important subjects, for example evolution, which Wales Humanists had been concerned could be left out of the curriculum, particularly in some faith schools, if too much flexibility was allowed.

Read our most recent article on the response of Welsh Catholic schools to RE proposals.

Read our article about the proposals that will give parents of children at faith schools right to demand fully inclusive religious education in Wales.

Read our article welcoming the announcement that the new Welsh curriculum will be fully inclusive of humanism.

Read more about Wales Humanists’ work on RE.

Wales Humanists is a part of Humanists UK. Humanists UK is the national charity working on behalf of non-religious people. Powered by over 85,000 members and supporters, we advance free thinking and promote humanism to create a tolerant society where rational thinking and kindness prevail. We provide ceremonies, pastoral care, education, and support services benefitting over a million people every year and our campaigns advance humanist thinking on ethical issues, human rights, and equal treatment for all. 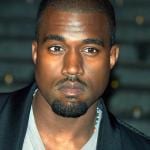 July 8, 2020 Kanye West for President: Anti-Vaccine, Anti-Abortion, Return "Fear and Love of God" to Schools
Recent Comments
0 | Leave a Comment
Browse Our Archives
get the latest from
A Tippling Philosopher
Sign up for our newsletter
POPULAR AT PATHEOS Nonreligious
1

Nonreligious
Faith Schools in the UK: An Ongoing Battle
A Tippling Philosopher