Michael Brooks has been an important voice for progressive Americans (though with a global outlook) for a few years, appearing on other networks (like TYT and Sam Seder’s The Majority Report) as well as having his own show (The Michael Brooks Show). It is really sad and unexpected news that he has suddenly passed away. I always appreciated his impressions, and I will miss his voice, oddly! Here TYT pay their respects:

I’ve actually listened to/watched him a number of times over the lockdown period (through all three of the aforementioned channels).

It is with a heavy heart that we announce the unexpected passing of Michael Brooks: a son, brother, friend and true comrade to so many, due to a sudden medical condition. Michael believed in bringing people together in the struggle for love and justice, fighting for all poor and working people, a struggle that he understood to be global. He knew the only way we could do this was by bringing people together & made his life’s work bringing people from different backgrounds and countries together. We hope you join us in honoring him by continuing that work.

Well said. Here is a nice piece giving some other details and respects.

“Shocked at the tragic news about Michael Brooks. He was such a thoughtful, kind, and caring voice who lived his values and used his platform to push for a better world. And he truly did care and think about the entire world, in a way much of our insular media rarely does.”

This year I met this young American, a journalist, who turned out to be a friend, who I thought that we would meet again. How is it possible? My heart and prayers go to his family and friends. May his passion for social justice be remembered and inspire people around the world. https://t.co/OgGmzh5kMl

Here is Michale Brooks being his thoughtful best (the video):

As a Christian Leftist I remember when I realized that my socialist values could coexist with my faith. But I feared that my faith would separate me from the left movement. Michael Brooks made me feel like I had a place. Rest in power brother @_michaelbrooks pic.twitter.com/3ib7KB2GJh

A young and insightful voice falls silent too soon. 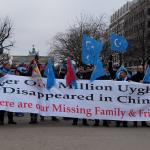 July 20, 2020
Persecution: A Tale of Two Muslim Minorities
Next Post 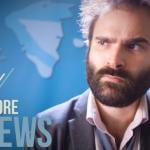 July 21, 2020 Some More News
Recent Comments
0 | Leave a Comment
Browse Our Archives
get the latest from
A Tippling Philosopher
Sign up for our newsletter
POPULAR AT PATHEOS Nonreligious
1