I recently wrote a piece entitled ‘“Hating God”: Atheism as Rebelling Against a Father-Figure and Other Nonsenses’ in which I stated:

Okay, what annoys me about climate denial, science denial, bald assertions, Trump’s lies, lies in general, is that they are very easy to say and one can be very concise. But just because you can state them concisely, it doesn’t mean you can unpick them concisely. Indeed, this is precisely the gripe. It takes so much more effort to build than to destroy, to build up cases using evidence and robust methodology than to destroy such edifices with lies and bald assertions.

This is the big shame about skepticism: it requires far more effort to be right than it does to be wrong.

The annoying thing is the burden of proof should be on the claimant. So, here, I should demand robust argumentation and evidence from him to support his initial claims. Instead, I come here to put down my thoughts in greater detail. More fool me. More fool me for even engaging with such silly comments.

Luke Breuer, in the comments thread, alerted me to this principle, which I will post here for educational and discussion purposes:

Brandolini’s law, also known as the bullshit asymmetry principle, is an internet adage which emphasizes the difficulty of debunking bullshit:[1] “The amount of energy needed to refute bullshit is an order of magnitude bigger than to produce it.”[2][3]

It was publicly formulated the first time in January 2013[4] by Alberto Brandolini, an Italian programmer. Brandolini stated that he was inspired by reading Daniel Kahneman‘s Thinking, Fast and Slow right before watching an Italian political talk show with journalist Marco Travaglio and former Prime Minister Silvio Berlusconi attacking each other.[5][6]

In 2005, Russian physicist Sergey Lopatnikov has anonymously published an essay[7][8] where he introduced a following definition:

If the text of each phrase requires a paragraph (to disprove), each paragraph – a section, each section – a chapter, and each chapter – a book, the whole text becomes effectively irrefutable and, therefore, acquires features of truthfulness. I define such truthfulness as transcendental.

A similar concept, the “mountain of shit theory”, was formulated by the Italian blogger Uriel Fanelli in 2010, roughly stating the same sentence.[9]

Another similar concept was formulated by Economist Roy Radner in 1993, who considered the performance of an organization that processes information in terms of (1) number of processors required to review data items and (2) the time delays associated with processing data items.[10]

It’s certainly something that, as a skeptic, annoys me since skeptics have to work twenty times as hard as people who blithely spread nonsense. 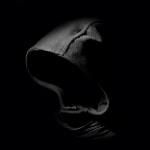 August 6, 2020 AU vs. Winslow Unified School District - Follow up
Recent Comments
0 | Leave a Comment
Browse Our Archives
get the latest from
A Tippling Philosopher
Sign up for our newsletter
POPULAR AT PATHEOS Nonreligious
1

Nonreligious
The Resurrection, Fideism and Circularity
A Tippling Philosopher

Nonreligious
The Resurrection: A Critical Examination
A Tippling Philosopher
TRENDING AT PATHEOS Nonreligious