Another Outrageous Example of Religious Discrimination

Here is yet another example of what the Religious Right insists is “free exercise” of their religious beliefs. Like the Colorado baker who won’t bake cakes for gay weddings, and the faith-based charities that won’t hire LGBTQ or  non-Christian job applicants. And then there are all the rest of the religious outfits, including businesses and individuals who claim they are being “oppressed” if they aren’t allowed to discriminate against people they don’t like because of their religious beliefs. Sadly, they get by with it far too often, but here is one case they may not win.

Today, the U.S. District Court in South Carolina ruled that the lawsuit Aimee Maddonna v. U.S. Dept. of Health and Human Services can proceed. The case was filed by Americans United for Separation of Church and State on behalf of Aimee Maddonna, a Catholic mother of three from Simpsonville, S.C., who was turned away from helping children in foster care by a taxpayer-funded agency solely because she is Catholic – the “wrong” religion for the evangelical Christian Miracle Hill Ministries.

Aimee Maddonna and her family wanted to help some of the nearly 5,000 children in foster care in South Carolina. Due to government-funded religious discrimination, she was denied that opportunity. So she’s helping children who have been denied the chance to find loving homes another way – by challenging these unconstitutional state and federal policies that allow taxpayer-funded foster care agencies who are acting on behalf of the state to reject qualified parents because of their religion. We’re glad the court agreed that Aimee’s case can proceed and we look forward to stopping the government from violating our country’s fundamental promise of religious freedom – that it gives us all the right to believe, or not, as we choose, but it doesn’t give us the right to discriminate.

A question that occurs to me: Because the plaintiff is a Catholic, will she have a better chance of winning than a gay or atheist would? It shouldn’t make any difference. Discrimination is discrimination, but I have a feeling that courts will view this with a little more sympathy for the plaintiff. Just a hunch. What do you think?

August 11, 2020 The Human Proclivity to Coalesce
Recent Comments
0 | Leave a Comment
"We actually practice Friedman's negative income tax; many companies are the modern recipient of them.Amazon, ..."
(((J_Enigma32))) Evangelical Christianity, the GOP, Morality and ..."
"Efforts? His kid sold a bunch of weapons to UAE. Trumps name is now on ..."
Bishadi Evangelical Christianity, the GOP, Morality and ..."
"Wow. Talk about being oblivious to irony. On another note, I bet you don't even ..."
Person223 Ginsburg and Her Replacement
"separate the cults from politics. It's basic common sense"
Bishadi Evangelical Christianity, the GOP, Morality and ..."
Browse Our Archives
get the latest from
A Tippling Philosopher
Sign up for our newsletter
POPULAR AT PATHEOS Nonreligious
1 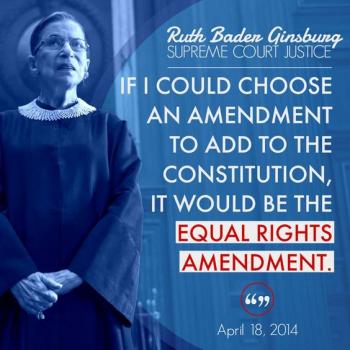 Nonreligious
Pearced Off! #8 - The Kalam and Free...
A Tippling Philosopher
TRENDING AT PATHEOS Nonreligious