“I Do What Jesus Has Me do. I Give the Glory to God”

Mike Lindell, CEO of MyPillow, is on the board of a Covid-19 “miracle cure”. But it looks rather like a grifter’s gotta grift. What makes it all the more delightful, this utter deconstruction of his position by Anderson Cooper, is his invocation of doing it for the glory of God. Not to line his own pockets.

Because he has the ear of the POTUS (speaking at his press conferences and whatnot), the Oleandrin company wanted Lindell as a way to get to the President and to get the hydroxychloroquine treatment.

Get this President out. He’s a corrupt embarrassment.

Speaking of corruption, Bannon, anyone?

Because Trump makes the best choices. In fact, he claimed he only hires “the very best people”. Another lie? Here is a list of 17 people Trump has hired who have turned out to be…not the very best (certainly for Trump).

There is a useful analysis of his phraseology in “Remembering the ‘losers,’ ‘liars,’ and ‘dopes’ once known as President Trump’s ‘very best people’“.

August 21, 2020
Being Skeptical of Near-Death Experiences (Pt 1)
Next Post 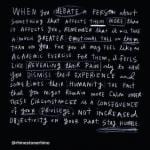 August 23, 2020 Debating People about Things that Affect Them More
Recent Comments
0 | Leave a Comment
Browse Our Archives
get the latest from
A Tippling Philosopher
Sign up for our newsletter
POPULAR AT PATHEOS Nonreligious
1