Libtards and snowflakes are always banging on about safe spaces, right?

My friend Counter Apologist, who contributed to my book on the Kalam Cosmological Argument, has recently written a great piece on the Resurrection, about which I will post soon. in it, he made a side point about Mike Licona that requires savouring. Over to CA:

Christian apologists really don’t like Methodological Naturalism. Here we can listen to Mike Licona on the subject from his debate with Matt Dillahunty:

OK, before we get to the meat of his objection to methodological naturalism, I wanted to point out Licona’s invoking culture war terminology like “safe spaces”. Licona knows he’s playing to an audience of Right-Wing Conservative Christians, they are the ones who pay his bills after all. The point is that he’s invoking what is culture war rhetoric to tie the idea that belief in the resurrection is justified by the methods of history to cement his position as one opposed to methodological naturalism which is espoused by “snowflake liberals and atheists” to shield against Christianity.

Such rhetoric has no place in a serious consideration of philosophical argument, but since he went there I feel it’s important to point out his blatant hypocrisy. As someone who grew up in the 1980s inside the evangelical culture bubble I’d like to point out that Evangelical Christians are the ultimate champions of all time when it comes to creating “Safe Spaces”. Note that Licona is a professor at Huston Baptist University, a private Christian college whose mission:

“seeks to develop students of character and competence by providing opportunities to engage in a Christ-centered community focusing on academic success, spiritual formation, interpersonal development, and physical well-being.”

That certainly sounds like a particularly expensive “safe space” Christian parents send their teenagers to in order to insulate them from doubts about their faith. If you doubt that really is a Christian “safe space” then you should look at the by-laws of the University Licona works for:

“To assure the perpetuation of these basic concepts of its founders, it is resolved that all those who become associated with Houston Baptist University as a trustee, officer, member of the faculty or of the staff, and who perform work connected with the educational activities of the University, must believe in the divine inspiration of the Bible, both the Old Testament and New Testament, that man was directly created by God, the virgin birth of Jesus Christ, our Lord and Savior, as the Son of God, that He died for the sins of all men and thereafter arose from the grave, that by repentance and the acceptance of and belief in Him, by the grace of God, the individual is saved from eternal damnation and receives eternal life in the presence of God; and it is further resolved that the ultimate teachings in this University shall never be inconsistent with the above principles.” 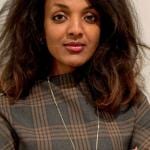 September 1, 2020
History: Pride, Shame or Events to Inform the Present?
Next Post

Nonreligious
The Conspiracy to Steal the Election
A Tippling Philosopher

Nonreligious
Finally, a President with Empathy to Replace One...
A Tippling Philosopher
TRENDING AT PATHEOS Nonreligious