Free Will & the Kalam: Causes & Reasons

I recently posted on the Kalam Cosmological Argument and how it isn’t compatible with libertarian free will. Luke Breuer took issues with what I said, transcribing my video (now in italic)  in his comment:

Jonathan, you seem to be conflating causes and reasons:

But basically someone who is a determinist or adequate determinist, given the sort of quantum at my micro levels, we go back and back and back back. And, you know, we reach something like the Big ‮gnaB‬ or whatever else—it’s not important. The point is that the denier of libertarian free will, the determinist, claims that the agent is themselves part of a larger causal chain—which explains why the agent did what they did, that the reasons were derived from what is known as the “causal circumstance”, the snapshots of the universe at the prior moments to that event. Back to the theist though. They generally believe that the causal chain starts with the agent, that they, the agent, originates the causal chain.

This allows them ownership over the decision so that the reason for the decision cannot be further deferred to other causes. But this means that the agent is creating something out of nothing. There is an ex nihilo creation since no prior reason can be given to explain the agent’s decision. Otherwise we return to determinism. But allowing for ex nihilo creation defines the opening premise of the Kalam cosmological argument or KCA.

William Lane Craig is always espousing the intuitive truth of the metaphysical claim that ex nihilo, nihill fit, or out of nothing, nothing is made. But the theist is pretty much always an adherent, but the Kalam cosmological argument and libertarian free will. So it’s very difficult to explain how, with, the Kalam cosmological argument, God can only be the only prime mover, right. (3:15)

It is easy to distinguish:

How do we distinguish between what is reasoned and what isn’t? The answer seems obvious to me: if a mind is involved. There is a kind of necessity that Hume said you could not actually perceive, but the mind superadds to phenomena. I think he might have something right, and that we could take this to help distinguish between causes and reasons. However, this is problematic because on naturalism, the mind is supposed to be nothing but the objectively observable phenomena.

As it turns out, I’m wrangling with this very matter over at Strange Notions, with Dennis Bonnette. (latest comment) I have been arguing with him that surely humans have more than just the ability to ‮wercs‬ up; surely they have some sort of unmoved mover power or creatio ex nihilo power. But you’re making me rethink that, by trying to more clearly distinguish between causes and reasons. And that is making me think I might have just found another way to look at the ‘supernatural’ issue, which doesn’t quite fit in with any of my six options.

This rather reminds me, to begin with, of GE Anscombe’s problems with CS Lewis’ Argument From Reason in his equivocation over “reasons”. There are causes-reasons and reasons-explanations. As Wikipedia explains:

Anscombe’s third objection was that Lewis failed to distinguish between different senses of the terms “why”, “because”, and “explanation”, and that what counts as a “full” explanation varies by context (Anscombe 1981: 227-31). In the context of ordinary life, “because he wants a cup of tea” may count as a perfectly satisfactory explanation of why Peter is boiling water. Yet such a purposive explanation would not count as a full explanation (or an explanation at all) in the context of physics or biochemistry. Lewis accepted this criticism, and created a revised version of the argument in which the distinction between “because” in the sense of physical causality, and “because” in the sense of evidential support, became the central point of the argument (this is the version described in this article).[2]

When it comes to a decision to go on holiday to Crete, for example, there are competing reasons for and against this decision, A and ~A. The mix, for me, may be a particular mix that leaves me A=65, ~A=35. This will be partly experiential, partly perhaps environmental. It may be that I’ve not had a holiday with much history of late, but I have been to some sunny places so right want somewhere cooler, and so on. in the end, I opt for Crete given a 65/35 split. Someone else would have a different split, perhaps more sure, or less so to the point of deciding against it.

Now, let’s put aside other complications such as post hoc rationalisations (that play a huge part in decision-making) such that I might have intuitively simply favoured Crete and then scrabbled around for reasons to justify my intuitive decision (given that intuition is arguably a very quick non-conscious calculation based on induction and these things anyway).

The idea is that my reasons are themselves caused and a result of experience and learning, of me being me. My reasons are reasons that will apply to someone else but my weighting is individual.

So, I may look at “Go to Crete because it is sunny” as a reason and apply a +17 rating to it, and someone else will factor in this exact same reason, but hate the sun and apply a -12 to it, which could tip the balance to not going.

Given that we are all broadly informed the same, for the sake of argument, what gives five different people different strengths and answers to the “Should I go to Crete for a holiday?” question? Our different environments, learning, experiences, biology and genetics will act as variables in the calculations and these will inform different weightings to each reason or consideration.

Luke says: “How do we distinguish between what is reasoned and what isn’t? The answer seems obvious to me: if a mind is involved.”

A mind is involved if reasoning is involved (arguably), where this is defined as cogitating and deliberating over the different reasons. This is something I have discussed variously before:

A computer can arguably reason qua use rationality: apply logic to make a decision.

Both my knowledge of a reason even existing and my weighting given to that reason in a matrix of reasons towards making a decision are the effects of antecedent causes.

So when Luke says “surely [humans] have some sort of unmoved mover power or creatio ex nihilo power”, this is, to me, a mere assertion and precisely the issue; this is precisely what the Kalam appears to invalidate since it is only God who can be a prime mover. 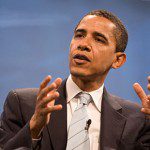 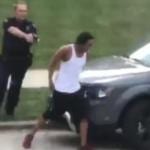 September 3, 2020 Empathy for the Policeman Who Shot Blake
Recent Comments
0 | Leave a Comment
Browse Our Archives
get the latest from
A Tippling Philosopher
Sign up for our newsletter
POPULAR AT PATHEOS Nonreligious
1