Empathy for the Policeman Who Shot Blake

Him: What’s going on in California? Should we be blaming Trump for this, or are there regional considerations that need to be taken into account? I know many states have problems, but California always seems to be a paradise, doesn’t it?

JP: I didn’t blame trump, though I blame police culture in the US. You just wouldn’t get this in the UK.

Him: I was reading a report about low police pay and poor training in the US. However, whilst in Alabama the average pay for a policeman is a shockingly low $46,000, in California it’s $105,000. Still, it’s a dreadful job to have to do. I don’t think I’d have acted differently to the officer who shot Blake. If every opened door suggests a concealed firearm, how far do you let things drift while you ascertain if your life is in immediate danger?

The media is far less interested in these all-too-common stories:
https://edition.cnn.com/2020/08/31/us/st-louis-police-officer-dies/index.html?fbclid=IwAR2GRfkwGNFDwbs-kBSJTJnopFmMwyWIBofRziFOCLQClTo782jcOWEldW0

JP: Have you seen the footage? You would have shot an unarmed man seven times in the back at point-blank range?

Him: Of course I saw the footage. That’s what I’m saying. I would have anticipated the gun in the car. I’d have been inclined to fire for fear of my life. That may make me a bad US cop, but one that might hope not to get shot. What would you have done?

JP: Oh dear. That’s awful. First of all, it’s illegal for the policeman to have done that. Second of all, that’s a pretty terrible admission. Seven times at point-blank in the back. 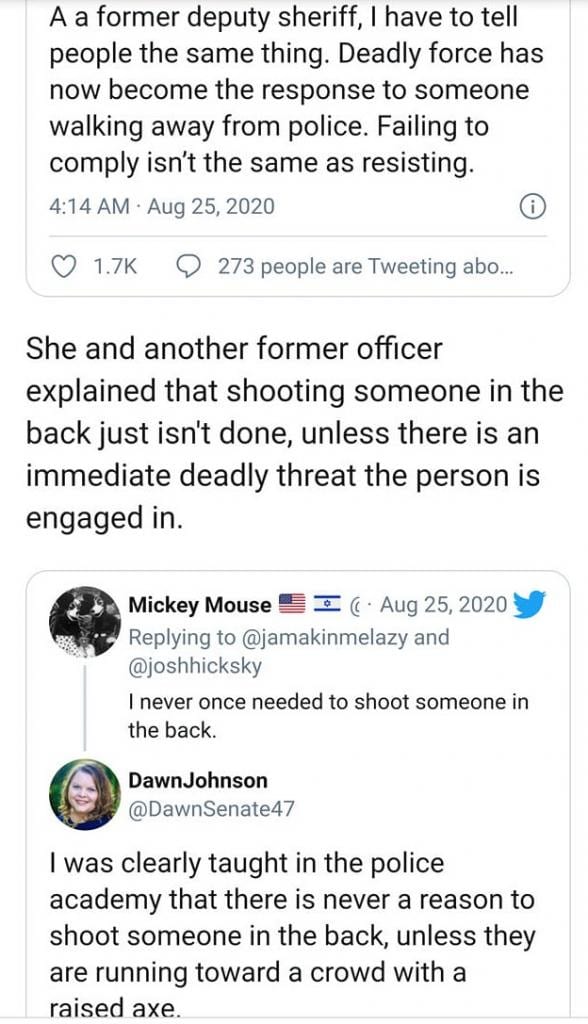 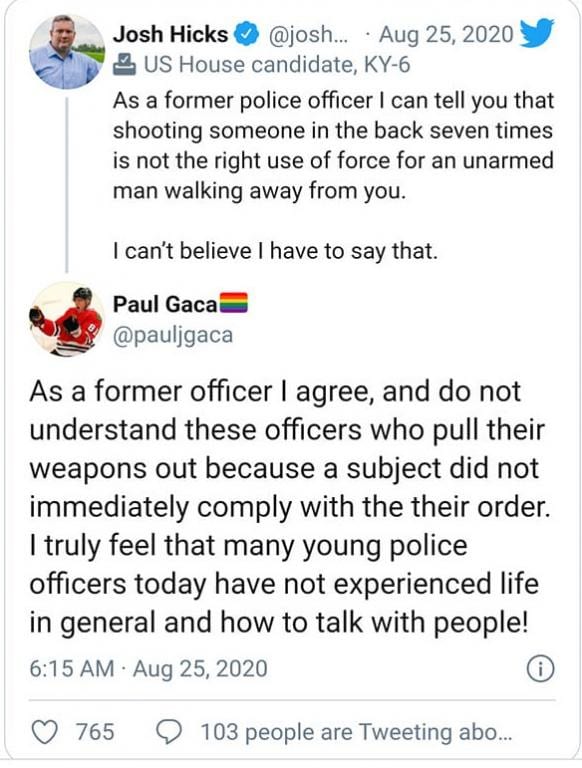 In fact, these are all worth reading: https://www.upworthy.com/former-police-officers-weigh-in-on-jacob-blake-shooting?fbclid=IwAR10no8_h8jBA3GA6EnQUKwEFbNwt-0i1YHoxGCfs-RadHnV3sa1rifYffU

Him: This is all true, and I don’t pretend to be a suitable candidate for Kenosha’s finest. However, I understand why he did what he did and I think, given the circumstances, perhaps given my lack of training, I’d have done the same. I would have regretted it as well. But you can either seek to empathise with him, or you can just condemn him. If you condemn him then the only explanation left on the field is evil. Evil was certainly at play that day, but invoking it as a motive will only get you so far. You have to understand him and that requires that you love him, that you walk with him in his journey and project your own being into his place. I understand what he did, and what Blake did, because I have walked their steps. I don’t think that’s an awful thing to admit. To understand all is to forgive all.

JP: Well, he did what he did because he is who he is in the situation he was in. Was it good? No. Did it not reach expectations (and even legal requirements)? No. Should he have been trained better? Yes. I can empathise with Hitler, where empathy is understanding why he did what he did in the situation he was in. But I don’t condone his behaviour and I doubt and hope I wouldn’t have done the same in the same situation.

Him: What is far far far more interesting is who you seem to more often want to empathise with. You would rather empathise with a policeman committing murder than a BLM activist or even a protestor. This is interesting.

Back to my commentary.

The reason I pasted this conversation here is, and this happens on both sides for sure, the propensity to have empathy and sympathy for a particular side. Here, my interlocutor is prepared to seek to understand the policeman who shot Jacob Blake seven times in the back from point-blank range, a man who was unarmed and walking away. And yet, in other conversations, was nothing but damning about BLM protestors, happy enough to conflate protesting and looting, to drink in the narrative from FOX and The Daily Mail and to regurgitate it.

This should be a case of empathy for all, or empathy for none. Don’t cherry-pick understanding the causal influences on only one side of the coin.

Do you prefer to have sympathy for a cop, surrounded by colleagues, following an unarmed black man around a car, and shooting him seven times in the back at point-blank because he admitted having a knife somewhere? Or do you have sympathy for an unarmed black man, surrounded by police and his young family, walking round his car and opening the door? Part of the problem is that we don’t know the motivations for this guy’s actions, and uncertainty never plays out well.

We see this with Trump’s defence of Kyle Rittenhouse, showing empathy for the white 17-year-old shooter because he was “defending himself”. Well, to be very charitable, at the very least, people were hassling him because he had just shot someone in the head! Of course, Trump has a pathological lack of empathy, so it’s never going to end well with that one.

As someone who, philosophically speaking, denies libertarian free will, these sorts of events are difficult to navigate. The longer I think about these things, the more I understand PF Strawson’s advocacy for compatibilism and reactive attitudes: that free will does not exist but because we cannot realistically divorce ourselves from our reactive attitudes, we might as well act as though it does. Our propensity to blame and praise others is hard-wired psychologically and the job of offloading such attitudes is just too tricky.

in a perfect world, I would have no anger due to my views on free will; I would have a distanced view, lacking in emotive response, to such events. But, alas, I am human and have been brought up in a society where the culture of blame and praise, of seeing every human action in terms of free will, is front and centre.

The key to this particular case is an apparently severe lack of training such that guns come out as the first port of call. This will keep happening as long as there is a prevalence of this kind of gun culture.

September 4, 2020 Trump – God’s Punishment?
Recent Comments
0 | Leave a Comment
"It's true. But comparing them to the Bolsheviks just irritates them that much more, and ..."
(((J_Enigma32))) Ginsburg. This Changes EVERYTHING.
"True, but it would make it even more difficult for a poor female from obtaining ..."
Judgeforyourself37 Ginsburg. This Changes EVERYTHING.
"The theist could argue that our bodies are themselves tests of supposed free will; we ..."
Slograman The Problem of Sleep
"Agreed, but it's bad news to an omnipotent, personal god, as is free-thinking,"
Slograman The Problem of Sleep
Browse Our Archives
get the latest from
A Tippling Philosopher
Sign up for our newsletter
POPULAR AT PATHEOS Nonreligious
1 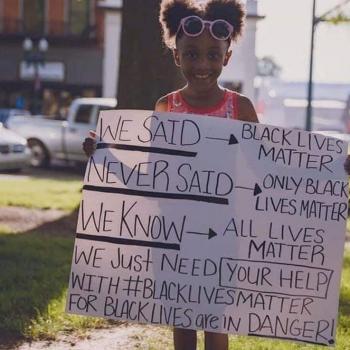