A Short Primer on the Soul

A Short Primer on the Soul September 7, 2020 Jonathan MS Pearce

Here is another guest post from Dana Horton. Thanks!

A Short Primer on the Soul

Here’s a topic for your next virtual cocktail hour: Ask everyone on your Zoom call for their definition of the soul. (Yeah, I probably won’t do that either.)

It seems like the answer should be forthcoming, because the term “soul” gets bandied about all the time:

But defining the soul gets a little dicey. The concept of the soul for those of us in the West (and especially the Midwest) was largely influenced by traditional Christian philosophy. Anyone remember those endless (six verses minimum) hymns about the soul on Sunday mornings?

Jesus did not invent the idea of the soul. It was Socrates and Plato who were the game-changers when it came to the soul. Yep, those guys. They argued (convincingly) that the soul is a separate entity from the physical body. And after the body ceases to exist, the soul carries on. Whether it carries on in the form of reincarnation or travels into another realm altogether is still up for debate, and will take longer than the three minutes allotted for reading this essay.

Great marketing. And yet the concept of the soul was a great selling point for Christianity. Here’s why. Let’s say you are a peasant working for ‘The Man’ from Rome all your life. No hope. No money. No escape even in death. If some itinerant preacher (e.g. Paul) tells you that your soul survives after your body dies, and that your soul will be at the same hierarchical level as the soul of the ‘The Man’ from Rome in the afterlife, you’re all in! Combine that with the apocalyptic idea of early Christianity that the end of the world was coming soon, and you have a great marketing plan. All you gotta do is switch from the mythologies of the Romans and turn to this new religion called Christianity. It worked pretty well.

Let’s bring this back around to the definition of soul. Christianity does not have a lock on the soul. In fact, the soul does not require any kind of religious system. You can even be an atheist and still have a soul. But since this is only a short primer, let’s finish it up with three ideas (grab a beverage). The soul is:

September 8, 2020 Apocalypse
Recent Comments
0 | Leave a Comment
Browse Our Archives
get the latest from
A Tippling Philosopher
Sign up for our newsletter
POPULAR AT PATHEOS Nonreligious
1 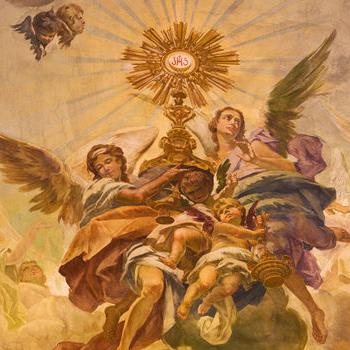 Nonreligious
More on the Soul; Wrapping around the Axle
A Tippling Philosopher
TRENDING AT PATHEOS Nonreligious