What Makes a Person Good or Decent?

This is a guest post from Cynthia, a little muse to get you thinking over your cup of tea, of coffee, as to what denotes “good” behaviour in society, as to whether conformity is a driving factor. Thanks to her, and here it is:

There’s a quote that often gets passed around in atheist circles:

This is generally followed by a round of Likes and comments like “too true!”

I’ve often thought, though, that the quote didn’t make much sense if you really thought about it. After all, what on earth IS a good person, if you aren’t defining them as a person who does good things?  Don’t we call people who do evil things bad?That line of thought came back to me as I was reading what someone wrote about Kyle Rittenhouse. This commenter described him as a nice decent kid.  [For what it’s worth, this commenter wasn’t particularly right-wing, was in favor of gun control and clearly saw what happened as a bad thing.] This is a youth who is currently charged with murdering two people.  What makes him “decent”?

I don’t think that this is just an exercise in wordplay or philosophy. It seems to get at the heart of so much that we are dealing with, from police violence to criminal justice to terrorism to even genocide.

I suspect that a lot of people will use “good” to describe someone whom they relate to, who doesn’t seem to defy authority or the social order, and who seems ordinary. In many cases, that means that we see members of our own group as being “good” and we value conformity.

People who use “good” this way tend to scratch their heads when “nice, good” people kill. We get people rushing to defend Rittenhouse, or talk about how the father and son who killed Ahmad Arbery saw themselves as good guys with guns.

Growing up, I heard this discussion most often in reference to the Holocaust. How could all these nice, civilized, European, cultured, rule-following people do something so violent, so evil? I have heard references to “the banality of evil”. The way that I interpreted these discussions, though – as someone Jewish born 26 years after the Holocaust – was a bit different. When you constantly hear from those around you of the immense evil of the Holocaust and the enduring pain it caused to people close to you, and when you constantly hear about how the people who caused it claimed to just be following orders and how they were known for following rules – well, you naturally learn that people who are taught to follow rules and obey all orders can act like Nazis. I remember realizing that I saw the world a bit differently when I was part of a “mommy board” online discussion about child discipline. One mom was promoting some ideas to get kids to instantly obey by punishing defiance, and my brain immediately waved a red flag and flashed a warning that this is how you get little fascists.

Quite frankly, I have the same gut reaction when it comes to diversity. If I see that it’s possible for a diverse mix of people to coexist well in a society, I know that it is likely to be tolerant. If I don’t see that, I have to assume that racism and intolerance are a possibility.

Instead of that quote at the beginning, I’m going to propose another one:

“Most people will do what most people around them are doing, most of the time.  Things that can cause them to do something different include religion, politics, ideology, racism, trauma, breakdown in the social order, individualism, strong personal/moral convictions or mental illness.”

Now, when a society is functioning well and when its rules generally work to serve its members, following its rules and doing what others are doing isn’t necessarily a bad thing. In fact, it will often look like people being peaceful and law-abiding. If it isn’t also accompanied by actually focusing on what is “good” – teaching values and practices that make things better for everyone, and teaching that sometimes, doing what is good and right will not be popular and may require going against the grain or even some personal sacrifice – then mere rule-following will not be enough. People who seem decent when society is acting decently will be able to shift on a dime, and riot when there is a riot, kill when people are killing, hate when people are hating. During those times, it may be the deviant ones – the defiant, the crazy, the dissidents, the religious or political minorities, the stubborn individualists, the rebels – who turn out to be the ones who are “good”,
because they won’t be going along with that evil. 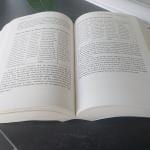 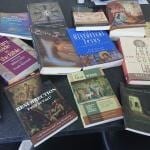 September 10, 2020 The Resurrection: A Critical Examination of the Easter Story
Recent Comments
0 | Leave a Comment
"It's true. But comparing them to the Bolsheviks just irritates them that much more, and ..."
(((J_Enigma32))) Ginsburg. This Changes EVERYTHING.
"True, but it would make it even more difficult for a poor female from obtaining ..."
Judgeforyourself37 Ginsburg. This Changes EVERYTHING.
"The theist could argue that our bodies are themselves tests of supposed free will; we ..."
Slograman The Problem of Sleep
"Agreed, but it's bad news to an omnipotent, personal god, as is free-thinking,"
Slograman The Problem of Sleep
Browse Our Archives
get the latest from
A Tippling Philosopher
Sign up for our newsletter
POPULAR AT PATHEOS Nonreligious
1 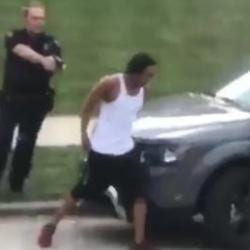 Nonreligious
Empathy for the Policeman Who Shot Blake
A Tippling Philosopher

Nonreligious
The Problems of Pure Act
A Tippling Philosopher

Nonreligious
My Debate on Cancel Culture Tonight
A Tippling Philosopher

Nonreligious
I Will Be Appearing on Unbelievable with David...
A Tippling Philosopher
TRENDING AT PATHEOS Nonreligious