I’m afraid these comments are absolutely fundamental to understanding the Trump administration’s approach to…everything. I am absolutely staggered and listening to this response at the blatant stupidity on the show.

What disgusts me most is when, in response to:

“We’ve had temperatures explode this summer. You may have learnt that we broke a record in Death Valley: 130 degrees.”

…Trump turns and smirks as if to say, “You see that! Under Trump, we’ve had the BIGGEST temperatures! I mean, really BIG! I’m the BEST at temperatures.”

It actually repulsed me, that little look he gave.

Trump is yet again blaming California for poor vegetation management without seeming to realise that California only owns 3% of the forest there, with 58% being owned federally (that’ll be Trump’s responsibility), the rest privately owned or by Native Americans.

Another example of Trump, the “Climate Arsonist”, not having a clue.

Climate change is driving this spike in the worst fires – they wouldn’t have been possible without the steroid injection that is climate change.

The big thing that climate change has caused is a “moisture gap” or “moisture deficit”:

And what does the great leader have to say?

“I wish science agreed with you.”

It (itself an odd way of talking about a methodological approach) knows a damn sight more than you ever will, Trump, and your baseless and dangerous assertions will kill people.

Yet again, you have blood on your hands.

(And while you’re here:) 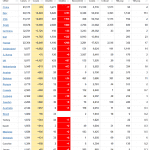 September 15, 2020 More on the Soul; Wrapping around the Axle
Recent Comments
0 | Leave a Comment
Browse Our Archives
get the latest from
A Tippling Philosopher
Sign up for our newsletter
POPULAR AT PATHEOS Nonreligious
1 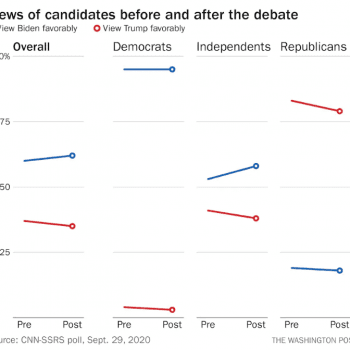 Nonreligious
The Debate: What To Expect Tonight
A Tippling Philosopher