Ginsburg and Her Replacement

Ruth Bader Ginsburg sadly passed away and there seems to be little that the Democrats can do to stop her replacement being installed. This meme points out some potential hypocrisies: 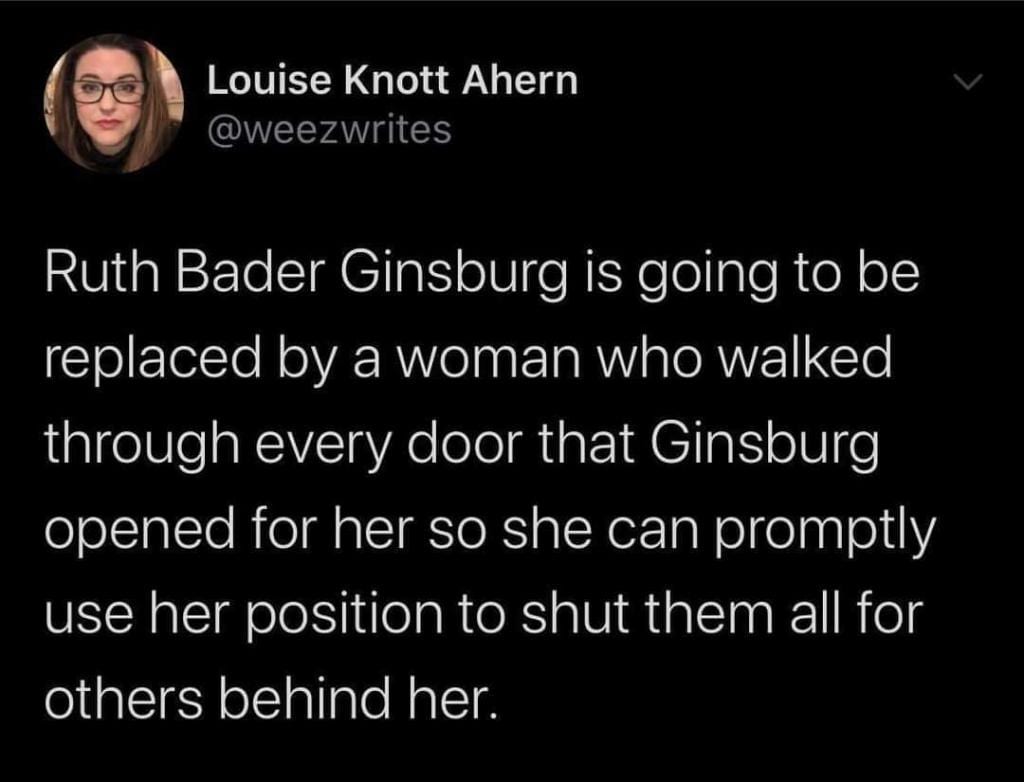 Here are a few more for  you: 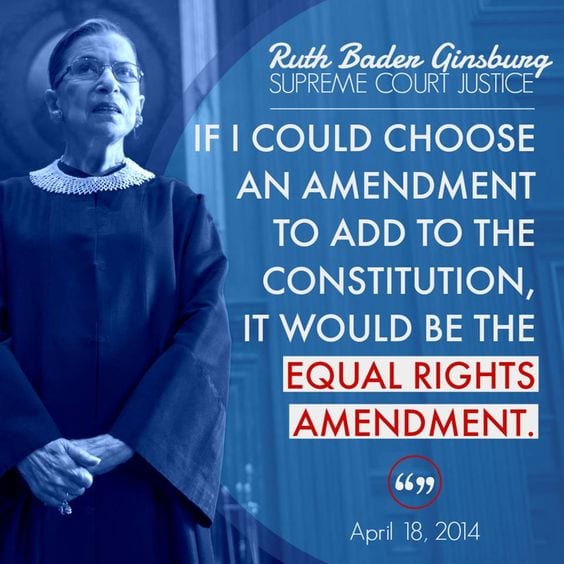 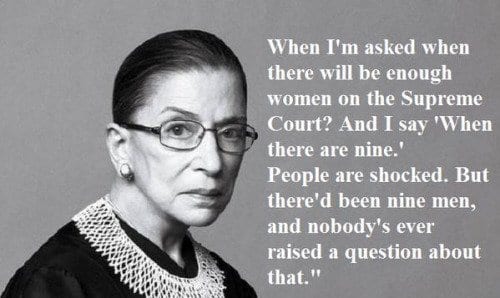 This last one is interesting for me as it evokes the need to normalise; let me analogise.

A few weeks ago, I was watching a film on Netflix with my partner called The Old Guard. It’s a thoroughly enjoyable action/fantasy movie.

It wasn’t until about halfway through the film that I turned to my partner and said, “I bet you haven’t really realised that the two main protagonists in this action flick are female, and one is black!”

She admitted that it hadn’t even crossed her mind (not to mention that two of the other main protagonists were casually gay, by which I mean it wasn’t an integral part of the story/plot or a particularly meaningful thematic point).

This right there was a great example of normalisation whereby, back thirty years ago we were all talking about how wonderful Thelma and Louise was for the empowerment of women and sexual equality. Nowadays, it’s ten-a-penny and even though conservatives whinge about woke tokenism, we know that this is a period of change. They are experiencing either threat, or experiencing new things to the point that they feel uncomfortable.

Well, they’ll get over it.

The normalisation of female role models, sexual equality and equality of the sexes is something that at first has to be forced (it’s how the Rooney Rule works) before just simply becoming an accepted norm that people and organisations just do without being forced to and that doesn’t raise an eyebrow.

Back to RBG and we can see that we would all be amazed and no doubt complaining if the SCOTUS was filled with female justices but you just wouldn’t have the same kickback if the roles were reversed.

We now know who the replacement will be. There is some interesting analysis, such as some below, that would lead observers to concluded that, though the decision to nominate is unpopular (somewhere around 60% disapprove), the Republicans are more than willing to pay the price. You’d probably get a good many people saying, “We don’t mind losing the election [Trump, governors, down-ballot etc.] if we can secure three conservative Supreme Court Justices.”

September 25, 2020
Mano Singham on The Unnecessary Science
Next Post

September 28, 2020 Evangelical Christianity, the GOP, Morality and Cognitive Dissonance
Recent Comments
0 | Leave a Comment
Browse Our Archives
get the latest from
A Tippling Philosopher
Sign up for our newsletter
POPULAR AT PATHEOS Nonreligious
1