A few days ago, I received an Email with this:

At first, I giggled. Then, I followed the suggestion and thought about it. It didn’t take more than a few seconds for me to realize that it was BS. Anybody who has had a high school chemistry class knows that molecules of gas are a helluva lot smaller than a virus, And then I thought about the people who didn’t know that, and might be misled by this nonsense. Especially those who already are opposed to masks and distancing. Believing something uncritically is a lot easier if it supports your preconceived notions. Furthermore, science illiteracy in the US is so pervasive, that it’s likely that a large part of our population could be taken in by this.

I Googled it, and found that it came from a yahoo article.

The article contains a detailed analysis of the question by a college chemistry professor, and notes that viruses are typically 100 to 1000 times larger than a gas molecule. It goes on to debunk a lot of other claims about how worthless masks are. But most people…especially those who are taken in by it…won’t go there. And some of them will stop wearing masks. And more people will die.

The propensity to believe stuff like this is tied to our culture and our politics. According to the Washington Examiner (WE), a conservative publication, Republicans are more likely to believe stuff that contradicts science. Think climate change.

Responding to a claim that evangelical Christians are more likely to refuse to wear masks than others, an apologist in a recent comment thread here said:

“There is no evidence that Christians refuse to wear masks more than any other identity group of citizens. Unless you have some sort of concrete evidence.”

The reasons why the political right wing in the US is dismissive of science and scientists goes back a long way in our history, at least to the Scopes trial. Despite denials by religious apologists, there is a conflict between science and religious belief, and it’s not going away any time soon. Until it does, or at least loses some of its constituency, we will be battling science deniers. In the case of the pandemic, such beliefs are a real danger to our society, especially when they are encouraged by our political leaders.

I will give you a final reference that discusses the issue of science illiteracy:

A quote from the author’s conclusion:

In my view, it would be helpful if high ranking elected officials were required to pass a basic intelligence test, mental health screening, and demonstrate at least a 12th-grader’s grasp of science. Perhaps that would be a good step on the path to intelligent and responsible leadership. Who knows? It might even “make America great again.”

Imagine what Republicans would say to such a proposal!

September 29, 2020
The Debate: What To Expect Tonight
Next Post

September 30, 2020 Mystic or Psychic?
Recent Comments
0 | Leave a Comment
"Yes. There's always the Church's "It's a mystery.""
Neko The Argument from Experiential Knowledge
"You should be banned for your rudeness. ‘Johnny/Johnno features in every comment you make, and ..."
Geoff Benson US Evangelical Group Interferes in UK
"Sometimes when I hear a baby crying incessantly I feel like I want to shake ..."
Geoff Benson US Evangelical Group Interferes in UK
"Try to distinguish between theology and historical references to theology.You wrote:Not without a better system ..."
Neko The Resurrection Belief Supervening on the ..."
Browse Our Archives
get the latest from
A Tippling Philosopher
Sign up for our newsletter
POPULAR AT PATHEOS Nonreligious
1 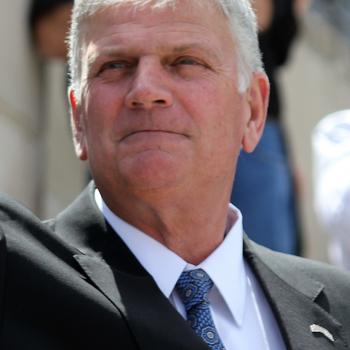 Nonreligious
US Evangelical Group Interferes in UK
A Tippling Philosopher

Nonreligious
The Argument from Experiential Knowledge
A Tippling Philosopher

Nonreligious
The Resurrection Belief Supervening on the Holy Trinity...
A Tippling Philosopher
TRENDING AT PATHEOS Nonreligious