I am just researching visions and hallucinations for my present book project The Resurrection: A Critical Analysis of the Easter Story and I thought I’d share my draft introduction to the section:

When I previously came to read about visions (as something seen, whether or not it is really there) as applied to Jesus, well over a decade ago when first looking in depth at the Resurrection story, my initial reaction was to be quite scornful of ideas of visions. Really? Visions explain all of this? But as time has gone on, and I’ve understood more about cults, about “UFO abductions”, about skepticism (thank you Carl Sagan), about religious experiences from people and cultures of every religion in the world (mutually exclusively), and so on, and even though I have not had a visionary experience myself, I do now understand far better the power of such explanations and the wonders of the human mind and brain.

I say I have not had a visionary experience, but I have had many pretty wondrous experiences in my time. Actually, and rather less wondrous, I have suffered several times from sleep paralysis, both of which were incredibly disturbing and probably do count as visions (once, a horde of “demons” moved through my backpacker’s dormitory in New Zealand to leave from the window next to me, and I was utterly unable to move). So, perhaps I have had visions or hallucinations, and pretty scary ones.

One far more pleasant experience I had that has the motifs of mountains and clouds and strange lights happened to me in the mountains of Slovakia some years back. I was hiking over a beautiful peak near to a friend’s place in the Tatras Mountains, and we were just nearing the summit (not a huge affair) when we started being surrounded by low cloud, the sort that feels like a cross between fog and mist. I guess that’s cloud for you.

The whole experience was surreal and I was left thinking that, had I been religious, I almost certainly would have interpreted it as being a religious experience; I really would have, I am sure. The clouds descended all around us and it was eerily quiet and serene in a way I can’t describe; and then the sun tried to break through. Except, we were surrounded by low mountain cloud; the end result was that we couldn’t see the sun at all but were surrounded by the most incredible bright sun-cloud-mist, with an obvious source in the direction of the sun. The effect was visually and experientially incredible. I won’t do it the injustice of trying to describe it any more but suffice to say that it was an astonishing (and utterly naturalistic) experience and phenomenon that will stay with me forever. We eventually reached the peak and the cloud dissipated as the day drew on, for us to be left with stunning views and disappointed that no god-like figure had descended from the heavens to accompany us. Or, perhaps, taken off from us to join the heavens. We were all present and accounted for…

What we do know is:

This is all very uncontroversial. Until you apply this or these to Christian sources and relate them to Christians. Then, all of a sudden, this is ridiculous. How could billions of people come to believe in such a worldview based on such hallucinations? Well, there is Islam and the visions of the angel Gabriel that Muhammed had upon which the entire religion is based on. So, there is that. And Joseph Smith’s visions that gave rise to Mormonism. So, there is that as well. And Zoroaster’s vivid revelatory visions in which he was instructed by Ahura Mazda, the ‘Wise Lord’. So, there is that, too. Then there is makyo, or hallucination, in Buddhism, siddhi in Hinduism…. And…and…

Visions are surprisingly common in the inception of different religions throughout time and geography. If, as a Christian, you are to dismiss hallucinations as applied to Christian claims as somehow not worthy, or too “out there” as an explanatory tool, then you are in serious trouble, because the same logic and arguments could be used to defend almost every other (foundation of) religion in the world.

I cannot belabour this point enough. To dismiss visionary hallucinations out of hand is to take away your major rebuttal of all the other claims of visions and appearances in every other religion, religions that you do not adhere to given your use of the sorts of hallucination arguments you do not allow applied to your own religion.

Why all of this preamble?

We need to take hallucinations seriously. Not as seriously as people did before pour modern times because they ended up believing them as real, but we need to take them seriously as naturalistic manifestations of biology, of mind and brain, or experience. We need to apply our doubts and skeptical analysis fairly across all claims, not leaving our favoured worldview not to fall victim to the high levels of skeptical analysis we apply to competing worldviews.[1]

These visions are important because these are the foundations of the Christian faith. On this point, Christians and nonbelievers might have some agreement: at least some of the disciples had visionary experiences of some kind. I believe the empty tomb was a later legendary addition to give force to the claims that originally arose from the disciples’ visions. The question, therefore, is whether these visions were real or not, and by “real”, I mean actually reflecting a physical appearance. At least some of these people had some sort of vision, but was their vision actually just a hallucination? 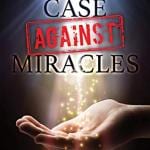 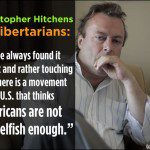 'Our bunnies, who art in heaven, give us...
BRITISH bar owner James Aspell, inset above, is praying that the authorities will...
view all Nonreligious blogs
What Are Your Thoughts?leave a comment
Copyright 2008-2020, Patheos. All rights reserved.