The Resurrection: What We Do and Don’t Have

The Resurrection: What We Do and Don’t Have October 18, 2020 Jonathan MS Pearce

John Loftus’s The Case Against Miracles (UK) is looking like it should be a cracker of a book as an anthology of chapters from different authors presenting a very strong case against the notion of miracles. I am loving his own chapter on the Resurrection (“The Resurrection of Jesus Never Took Place”), for obvious reasons (many of you will know I am writing a book on the subject). Here is a snippet from that chapter:

When it comes to the evidence Jesus rose from the dead let’s first consider what we don’t have, but would like to, most of which even Christian apologist Michael R. Licona admits.4 We don’t have anything written directly by Jesus or any of his original disciples. We have no written responses to Jesus from the Pharisees, Sadducees, scribes, or teachers of the law either. Jesus always had the last word in the disputes in the gospels— something I have never seen in any real religious debate. This shows us the anonymous gospel writers were spreading propaganda rather than producing the results of a disinterested investigation, despite what they claim (i.e., Luke 1:1–4). We don’t have anything written by the apostle Paul before he converted, which would tell us about the church he was persecuting, nor anything written by the Jewish leaders in response to Paul’s preaching. We have nothing written by the Romans about Jesus, the content of his preaching, why he was killed, or what they thought about claims that he had been resurrected.

We have no collaborating objective evidence for this extraordinary miraculous claim. We have no independent corroboration of the Star of Bethlehem at the birth of Jesus,5 nor that the veil of the temple was torn in two at Jesus’ death (Mark 15:38), nor that darkness came “over the whole land” from noon until three in the afternoon (Mark 15:33), nor that “the sun stopped shining” (Luke 23:45), nor that there was an earthquake at his death (Matt. 27:51, 54), with another “violent” one the day he arose from the grave (Matt. 28:2). Could these events really have occurred without any corroborating evidence? Even though there’s some archaeological evidence consistent with the biblical tales, there is nothing that confirms any miracle.6

There’s no corroborating evidence that Old Testament saints were raised to life at the death of Jesus who subsequently “went into the holy city and appeared to many people” (Matt. 27:52–53) but were never heard from again. Why is there no record of these zombies apart from what we find in Matthew’s gospel? How were they identified? What stories did they tell? Why did no one write them down? How did they die? Where are their tombs? Why didn’t Jewish philosopher Philo of Alexandria (20 BCE–50 CE) or Jewish historian Flavius Josephus (37–100 CE) mention them? They were both contemporaries of the time period. These silences are telling. Neither is there any objective corroborating evidence that Jesus was raised from the dead, since the Shroud of Turin is now considered a fake.7

So the level of positive evidence for the Resurrection account(s) is so low, so poor, that we should be exceptionally wary before we even take a look at the individual claims. There is just a massive gaping hole in the place where we would expect to see corroborating sources. Despite what Christians may claim when it is advantageous to do so, an absence of evidence really is an evidence of absence when that absence of evidence is in a context where we would absolutely expect evidence to be forthcoming.

But it’s worse because what there is, unfortunately for the Christian, is not good enough.

All we have is ancient second- third- fourth-handed testimonial evidence as told to us by four authors in four Gospels, plus Paul. None of these gospels were written by eyewitnesses to the resurrection of Jesus since there were no actual eyewitnesses to his rising up from the dead on the first Sunday Morning. We don’t have the actual testimonies of Peter or John or “doubting Thomas” or the women at Jesus’ tomb or the two men on the road to Emmaus, or the more than five hundred brethren Paul claimed saw the risen Jesus at the same time. We don’t have any post-Easter words from Jesus either. With the exception of Paul, who claimed to have seen the resurrected Jesus but tells us nothing much at all about the Jesus who walked the earth, everything we’re told comes from someone who was not an eyewitness. This is hearsay evidence as filtered through decades of oral story-telling and re-telling that presumably went from Aramaic to Greek, then compiled together in the four gospels, traditionally known as the Four Evangelists, who in turn sought to convince their targeted audiences by painting different portraits of Jesus. In other words, everything we read in the Gospels depends entirely on authors who were not there and did not see any of it for themselves, who had selected their oral stories then edited them to fit into their specific portraits of Jesus in mind. Despite these facts, Licona says “what we do have is good.”8 I think not. Not by a long shot. 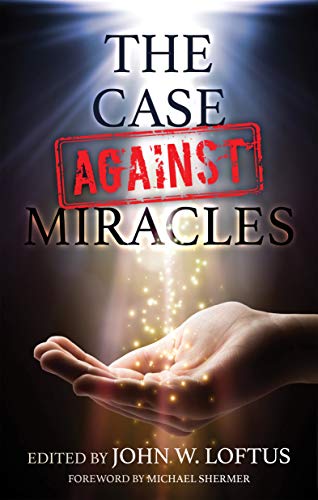 Please grab a copy of John’s book from the links provided, or grab the sister book to my upcoming Resurrection one on the Nativity (UK). 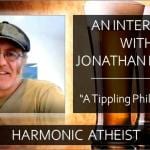 October 19, 2020 Fantastic Interview with Harmonic Atheist
Recent Comments
0 | Leave a Comment
"Many conservatives are pro-choice. Your comment wasn’t an especially contentious point for most people, largely ..."
Geoff Benson A Tale of Two Cities
"I couldn’t agree more! It’s precisely this mindset that makes it impossible to have a ..."
Geoff Benson Authoritarianism, Economic Liberalism and Moderation
"You're a m0r0n, and I don't care at all if you've blocked me."
Traveller Authoritarianism, Economic Liberalism and Moderation
"With some bonds the inverse happens: they give you money instead having a negative interest ..."
Traveller Authoritarianism, Economic Liberalism and Moderation
Browse Our Archives
get the latest updates from
A Tippling Philosopher
and the Patheos
Nonreligious
Channel
POPULAR AT PATHEOS Nonreligious
1