Being Honest with your Moral Consequentialism: Single Issues and Trump Support

We’re almost there, so a few more political pieces to go…

Trump supporters must really be careful now. He has moved into such open lying in his rallies and messaging now that he is swimming in conspiracy theories and nonsense. It’s dangerous. As I have said in many pieces, support for him amongst intelligent people really comes down to cognitive dissonance to cover up what is actually outright moral consequentialism. These are worth reading:

1) Trump is now claiming at his rallies that doctors make money out of every COVID death.

2) Trump is claiming that the USA is “rounding the corner” when they have just had the worst week they have ever had for coronavirus stats.

3) Trump publicly ridiculed Laura Ingraham, of all people, for publicly wearing a mask. He excoriated someone for doing something that his own coronavirus task force in his own administration has advised for health reasons.

4) He is linking coronavirus to China to Biden in some weird and crazy conspiracy theory. Publicly.

But in a spat I have been having with someone else on Facebook and my blog posts linked above about support for Trump, I see a huge amount of cognitive dissonance. This was really exemplified yesterday in an interview on BBC 5Live. A Trump supporter explained his support and started off with just an entire tirade of nonsense and guff. He claimed that Biden is just a liar, and this in the face of the over 20,000 documented lies that Trump has made since 2016. So on and so forth. These were the mental contortions constructed to justify his support for someone who is otherwise morally reprehensible. Don’t cover up his sexual predation, serial lying, financial crimes and racism with the most dubious of post hoc rationalizations. Own it, and provide real arguments.

My question is always, what really underwrites their support? Why do they have to create these mental gymnastics that are essentially delusional in order to support someone like this? I have always maintained that there is some other reason that they attach so much value to that it overcomes all of the voluminous tomes of reasons to dismiss Trump.

And it came. As clear as day to me, though hidden in the guff, on this radio interview as it so often does.

He let slip, two-thirds of the way through his rant. “I’m against abortion, and that would my the primary reason for why I am voting for Trump. And I am a proponent of the Second Amendment.”

There is your moral consequentialism. Anti-abortion and the right to have a gun. But rather than admit that this upfront, as a value that overcomes everything else, the man simply made up or easily believed a load of absolute nonsense and lies and used this as his more public front for supporting Trump. It is that that I label as cognitive dissonance. I am open about my support (as a non-US citizen) for my Biden support: he was my least favourite of candidates in the Democratic primary, but he is still infinitely better than Trump.

As I constantly decry, be more upfront about your core reasons for your support of Trump. We can have a rational argument about an honest and at least somewhat rational position (such as anti-abortion being the “trumping” factor), even if I usually disagree with it. But don’t go about building up at shaky constructions of post hoc rationalizations, nonsense and lies that you would certainly not accept from the other side. It just looks like cognitive dissonance.

Just be honest with your support.

October 29, 2020
Putting the Trumpian Cognitive Dissonance to Bed
Next Post

October 31, 2020 Pearced Off! #10 - How Much Evidence To Believe in God Is Twisting Your Arm?
Recent Comments
0 | Leave a Comment
"No actually, I do know what happened. It is reported in the court cases what ..."
ken Jordan Peterson, Baking Cakes, Gays, Black ..."
"Why do you automatically assume that honest question to be an insult? We were all ..."
Jed, Minister of Propaganda The Conspiracy to Steal the Election
"That seems like a very superficial outlook to take. You (a man) automatically assumes that ..."
tilematcher The Conspiracy to Steal the Election
"Except Donald Trump is real. God claims nothing, because it doesn't exist. Claims about God ..."
C Peterson God Cannot Be Perfect Because Intrinsic ..."
Browse Our Archives
get the latest from
A Tippling Philosopher
Sign up for our newsletter
POPULAR AT PATHEOS Nonreligious
1

Nonreligious
God Cannot Be Perfect Because Intrinsic Perfect Does...
A Tippling Philosopher 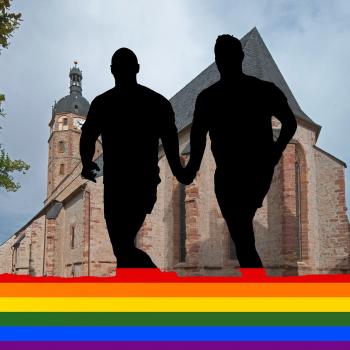