Why Religious Jews Should Reconsider Their Vote For President Trump

The other day, I posted a set of articles arguing that Christian should not vote for Trump using the Bible as rationale. This time, Michael J. Alter looks at the position from a Jewish background.

Michael J. Alter wrote the masterful The Resurrection: A Critical Inquiry. Unfortunately, the evangelical and Jewish audience that this essay might find in the thread below will probably react in a typically predictable fashion, as they did after the others. But there you go.

Why Religious Jews Should Reconsider Their Vote For President Trump

Since this address is being directed primarily (but not exclusively) to the “religious” community. If YOU permit, let’s investigate and learn together why the Torah, the Talmud, and the Siddur provide ample reasons that President Trump does NOT have the moral requisites to be reelected President. It is firmly believed that if YOU open your ears and hear the words of Torah and the Sages, YOU will reconsider your vote. To paraphrase Devarim 29:4, “ Lord has given you a heart to understand, eyes to see, and ears to hear.”

First, let us directly confront the issue of President Trump’s actions in regard to the Jewish people, Kol Ysrael. Genesis 12:3, in reference to the Jewish people is clear; it reads: “And I will bless those who bless you and curse those who curse you.” President Trump perhaps thinks, as do many supporters, that because he supports “the state of Israel,” he will be blessed and he deserves their vote. However, it is noteworthy that the verse says “you” – referring to the collective Jewish people, Kol Ysrael; not just the state of Israel. Yes, the President has definitely provided economic, military and political support for the state of Israel. But so too, has every previous administration, Democratic and Republican. Do YOU TRULY (EMET) believe that Vice-President Biden will reduce aid to, or support of Israel? Of course not!

However, the concern here is not exclusively with the nation of Israel; more important, it deals with Jewish people throughout the world: Kol Ysrael. It is here, that President Trump’s actions must be carefully weighed: Contrary to blessing Kol Ysrael, President Trump has employed in his speeches and tweets anti-Semitic dog whistles, anti-Semitic tropes, and anti-Semitic innuendos.

Do YOU TRULY (EMET) believe that President Trump has exemplified, even closely, the commands or teachings found in the Torah? Let’s see what the Tanakh says:

Exodus 23:1 You must not carry false rumors.

Exodus 23:2 You shall neither side with the mighty to do wrong.

Lev 19:11 You shall not deal deceitfully or falsely with another.

Lev 19:11 You shall not defraud your neighbor.

Lev 19:14 You shall not insult the deaf, or place a stumbling block before the blind

Lev 19:16 Do not deal basely with your fellows.

Lev 19:18 You shall not take vengeance or bear a grudge against your kinsfolk.

Lev 19:33 When a stranger resides with you in your land, you shall not wrong him

Proverbs 6: 16–19 lists seven actions, which are categorized as ABOMINATIONS!:

I will leave it to YOU to TRULY (EMET) judge: how many of these seven actions relate to President Trump, and not just once, but also multiple times.

Torah is abundantly and explicitly clear:

Isaiah 10:1“Woe to those who make unjust laws.”

Proverbs 21:3 “To do righteousness and justice is preferred by God above sacrifice.”

Pirke Avot 1 Simeon the Just used to say: “upon three things the world is based: upon the Torah, upon Temple Service, and upon the doing acts of loving kindness (gemilut hasadim).”

Bab. M. 58b If a man puts his neighbor to shame in public, it is as if he shed blood.

Num. R., Hukkat, 19, 2 Why is the slanderous tongue called shelishi [Third]? Because it slays three: him who utters the slander, him who receives it, and him of who it is uttered.

In the Morning Prayer service, most siddurs contain two important readings after the blessings of the Torah: Mishnah, Peah 1:1 and Talmud, Shabbos 127a. Do you think that Trump metaphorically:

(1) Leaves the corner of a field unharvested for the poor,

(2) performs deeds of loving kindness, or

(3) makes peace between fellow men here in the US?

Later, we recite two paragraphs asking for protection. In the first paragraph we request of HASHEM: “Keep us far from an evil person, and from an evil companion… Grant us this day and every day grace kindness, and compassion/mercy in Your eyes and in the eyes of all who see us, and bestow bountiful kindness upon us, Blessed are You, HASHEM, Who bestows bountiful kindness upon His people Israel.”

Can YOU TRULY (EMET) make this request; while at the same time knowing President Trump is a person who repudiates what you request of HASHEM? Think what YOU are TRULY (EMET) and sincerely requesting:

Immediately following, in the second paragraph of the prayer you beseech HASHEM:

Again, can YOU TRULY (EMET) make this request, while at the same time support President Trump? Think what YOU are TRULY (EMET) and sincerely requesting of HASHEM.

Our Sages have taught (Shabbat 55a): “The Seal of God is Truth (EMET).” Do YOU TRUTHFULLY (EMET) believe that President Trump is truthful or exemplifies truthfulness in his speeches, tweets, and actions? EMET!

Soon YOU will have the opportunity and free will to choose between sheker (falsehood) and EMET (truth). As it says in Deuteronomy/Devarim, “Now choose life (EMET) so that you and your children may live.”

November 2, 2020 Political Philosophy
Recent Comments
0 | Leave a Comment
Browse Our Archives
get the latest from
A Tippling Philosopher
Sign up for our newsletter
POPULAR AT PATHEOS Nonreligious
1 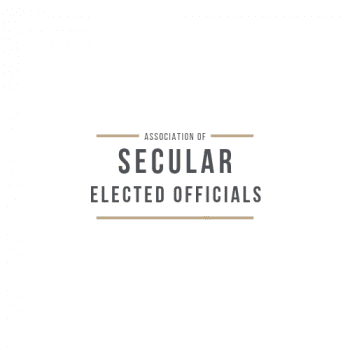 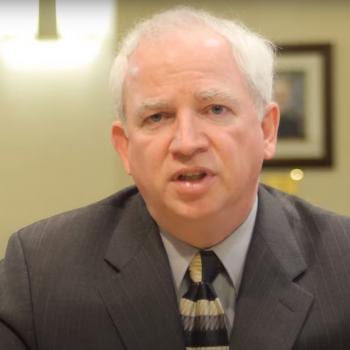