The UK education system is not secular in the way that the Us system is, even though we are a more “secular” country. Something like 37% of our primary schools are faith schools, often only nominally in name (it depends on the head teachers, Senior Leadership Teams, governors and dioceses of the school), but sometimes with a serious ethos of religiosity: and Church of England schools probably see the greatest range of religiosity.

Here is an article from Humanists UK that looks at the wide worshipping community, where the numbers are not reflected in the education system and faith school attendance (or, most kids who go to faith schools do so because it is their local school, not because they come from a religious familial background).

The number of pupils attending Church of England schools is more than the Church’s entire ‘worshipping community’, new analysis from Humanists UK can reveal.

According to the latest edition of the Church of England’s Statistics for Mission – which gives an overview of the size of the Church community as well as information about the number of people who attend services of different types – the CofE’s total ‘worshipping community’ is made up of 1.11 million people.

However, the most recent Government data on schools, pupils, and their characteristics shows that the number of children attending Church of England schools is 1.16 million, demonstrating that the level of influence the Church has over the education system is entirely disproportionate when compared to levels of adherence to its beliefs and practices in the wider community.

The Statistics for Mission show that, between 2009 and 2019, Church attendance has steadily decreased and, in just five years, the ‘worshipping community’ has shrunk by close to 30,000 people. This decline is further evidenced by the results of the most recent British Social Attitudes Survey, which found that 12% of the total population, and just 1% of those aged 18-24, identify as belonging to the Church of England.

Despite this, the number of schools the Church runs has been going up for several years now.

The number of pupils in state-funded CofE schools is 1.07 million, and so it is expected that this number will also soon be more than the size of the Church’s ‘worshipping community’.

‘The fact that the entire community of regular CofE worshippers is now smaller than the number of pupils attending its schools makes it crystal clear that it is time to reassess the level of power and control the Church exerts over state-funded education. Church schools are legally permitted to prioritise pupils who share their faith in their admissions and teach religion from their own perspective, all funded by the public purse. This would be bad enough if Church adherents made up a majority of the population, but in a context where most of those helping to fund these schools will be denied access to the ever increasing number of school places they represent, it is utterly indefensible.

‘We urge the Government to put an end to this system which allows minority religious interests to ride roughshod over the needs of the majority and ensure all our state schools are integrated, inclusive, and open to all regardless of background.’

Read our most recent news item on the Church of England school banned from using weekly church attendance in its admissions policy.

Read our recent article about how faith school admissions discriminate against vulnerable children.

Read our recent research on the impact of religiously selective admissions in Liverpool.

Read more about our work on faith schools and religious selection. 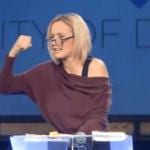 November 6, 2020
Holy Cosmos! You WHAT? Evangelical Twaddle-Peddling...
Next Post