I have been running the Colorado Allsky Camera Network for nearly 20 years. This is a collaboration between myself (as Cloudbait Observatory) and the Denver Museum of Nature and Science. We have upward pointing fisheye video cameras around the state which operate every night and catch moving lights. Our goal is to image meteors from two or more cameras, determine the orbits of their parent bodies, characterize meteor showers, and occasionally locate meteorites on the ground. I have a database consisting of hundreds of thousands of recorded meteor events, and tens of thousands of witness reports from observers.

There are weird things that show up occasionally. But nothing that we’ve failed to identify or find a reasonable explanation for.

Most events are meteors. A small fraction of those are re-entering space junk. They are readily distinguished from each other, because space junk enters at the low Earth orbital speed of 8 km/s, while natural meteors, whose parent bodies were in a solar orbit, cannot enter at less than 11 km/s (or more than 71 km/s, and typically between the two).

Anything traveling faster than a few km/s will heat the air in front of it enough to cause ablation- the surface of the body will heat up enough to melt and be swept away. This is what produces the light that defines a meteor. Slower bodies tend to survive longer before burning up completely (or rarely, slowing down enough to stop ablating, in which case material will survive to the ground). We can never see the parent body directly- that is, it could have any shape and we would not see it. Meteors are tens of kilometers high when they are lit, and all we can resolve is the glowing ball of ionized gas around them. The color we observe is mostly a product of the ionization of our own atmospheric gases, predominantly oxygen, which glows green or red. Material in the body can also affect color (sodium=yellow, nickel=green).

So… eyewitness reports can be compared with instrumental data. Important takeaways:

Because meteors only occur in the upper atmosphere, when they are observed low in the sky, they are typically hundreds of kilometers away.

Widely witnessed fireballs are almost always witnessed low, because people are seldom looking up. They see meteors most often when they’re driving or when they’re seated outside or in their houses near windows.

People almost always perceive the meteors as being very close (“I’m sure it landed in my neighbor’s back yard!”)

People frequently perceive the path as erratic… a consequence of the way our eyes wiggle around when we’re in the dark and don’t have anything to focus on.

People frequently think they see meteors land. This is not possible, as they stop burning tens of kilometers above the ground and if anything survives, it falls dark, at terminal velocity of a couple hundred meters per second for several minutes. It is common for meteors to actually appear to hit the ground because they are still at high altitude when they drop behind the local horizon, hundreds of kilometers away.

About one in ten eyewitness reports actually lines up well with the speed and direction and timing data we get from the cameras. Many reports are radically off. People are very poor at judging distance, direction, and angle above the horizon at night. Some of the worst reports we get are from people you might be inclined to think would be better at observations: police and pilots. (The latter provide particularly poor data, especially when they witness fireballs from the cockpit.)

So… maybe more than you ever wanted to know about meteors, but it goes to show how easy it is for UFO reports to follow fireball events. Anybody predisposed to believe in alien visitors (as described in the essay) can probably be trivially pushed by their bias to see a perfectly natural event as something very different. 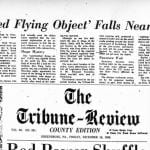 November 23, 2020 Truth Decay and the Normalisation of Conspiracy Theories
Recent Comments
0 | Leave a Comment
"yes, the only two in recorded history ever LOLbut quite easy for apologists when a ..."
al kimeea Pearced Off! #11 – How the ..."
"You're a typical Trumpanzee. You don't know the difference between facts and the inane bullshit ..."
Jim Jones Does Socialism Ever Work?
"LB - Given how much horror has gone down under atheistic regimes...Were those experiments run ..."
al kimeea Pearced Off! #11 – How the ..."
"Of course free will exists. You choose to walk on a bridge. You can choose ..."
Person223 Totally Disingenuous: William Lane Craig Woefully ..."
Browse Our Archives
get the latest from
A Tippling Philosopher
Sign up for our newsletter
POPULAR AT PATHEOS Nonreligious
1 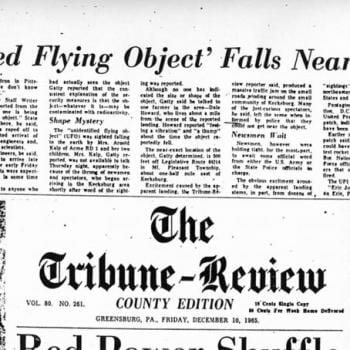 Nonreligious
The Resurrection, Fideism and Circularity
A Tippling Philosopher
TRENDING AT PATHEOS Nonreligious