Sidney Powell is a Grade A batsh!t crazy conspiracy theorist nutjob. Yes, my evaluation may be unprofessional but I seek to match the professionalism with which she is collecting her “evidence” and presenting her findings.

I need not detail the utterly ridiculous assertions she is making about the dead-7-years Hugo Chavez, Venezuela, Cuba and “probably China” being behind the massive election fraud but I will say a few things, especially considering Dominion (a Canadian company eventually incorporated in the US).

I could go on. Some of these points were gleaned from here as well as this fact-checking article.

November 25, 2020 The Quantum Physics Dilemma
Recent Comments
0 | Leave a Comment
Browse Our Archives
get the latest from
A Tippling Philosopher
Sign up for our newsletter
POPULAR AT PATHEOS Nonreligious
1 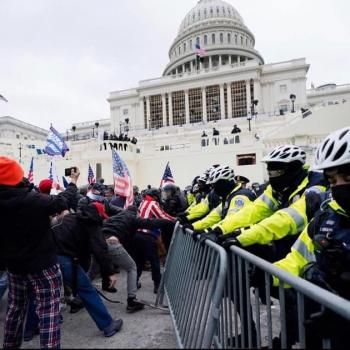