Here’s another Dana Horton post, with this one right up my philosophical alley, so to speak:

Determinism — Did You Choose to Read This?

Let’s say we could rewind the Universe and do things over again.

If you take the side of determinism, the answer to each of these questions is woefully “yes.”

In today’s discussion, we will not take up determinism versus free will. Gawwwd, that would take forever, and we only have four minutes. But even if we accept the idea of determinism, we still have to address whether these predetermined events are a result of:

Most materialistic scientists choose #1. They do not like the idea of a Divine Being getting intertwined with their principles. Fair enough.

Things get more interesting when we examine how various religions deal with determinism. Specifically, religions with a dualistic concept of God (Judaism, Christianity, Islam) have a real conundrum when addressing how often, and how much, God intervenes in our lives. Here’s a list of options (it’s not exhaustive, and is not easily categorized into each major religions, because they all have factional disagreements within their overall theology):

We are going to stop here for today. We could go on with this discussion on determinism. But what would be the point? 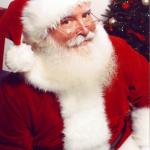 December 24, 2020 Merry Christmas Y'All!
Recent Comments
0 | Leave a Comment
"Rational and evidence-based to the last, eh? You're just so good at it that you ..."
Luke Breuer The Most Pathetic Christian Argument I ..."
"In the meantime I base my view on the types of comment I see here, ..."
Luke Breuer Lies. Liars and Truthtellers
"ya we know where you get your truth from"
al kimeea The Most Pathetic Christian Argument I ..."
"I’m basing my comment on perception, albeit one that has been built up pretty solidly ..."
Geoff Benson Lies. Liars and Truthtellers
Browse Our Archives
get the latest from
A Tippling Philosopher
Sign up for our newsletter
POPULAR AT PATHEOS Nonreligious
1

Nonreligious
What Does Paul Say about the Afterlife?
A Tippling Philosopher

Nonreligious
Does Prayer Work If God is Not Listening?
A Tippling Philosopher
TRENDING AT PATHEOS Nonreligious