God is Not an Old Man in the Sky. Now What?

Dana Horton is back with another look at atheism and spirituality, this time concentrating on what we do with the idea of God. Over to him:

God is Not an Old Man in the Sky. Now What?

We often repeat in our posts that God is not an old man in the sky. Fair enough. But if God is not that, then it seems fair that we posit an alternative.

Fortuitously, we ran across a great starting point this week — an article by Gavin Sher in the blog site Medium. He pretty much nailed it … at least in our opinion. Here’s the link if you want to take a few minutes to read it:  https://link.medium.com/iDDjZzX1wcb

Gavin admits that framing up a description of God is tricky. It’s kinda like sex and gravity — very difficult to describe to someone else without them experiencing it on their own.

That has not stopped religious establishments from trying. Looking at religious histories, it seems likely that most religious practices began with the idea of an amorphous God that is in and through everything. But then things morphed over time when humans got involved and tried to improve upon the original idea.

By way of illustration, the various authors of the Old Testament (no, God did not dictate the first five books to Moses) use different names for God (e.g. YHWH and Elohim). The various uses depended on whether they saw God as a) one with everything or b) a more personal, anthropomorphic being favoring certain tribes of people.

Back to the article. We fully embrace Gavin’s idea of God.

Gavin suggests reading Emerson’s essay entitled The Oversoul as a way to understand this viewpoint of God. We’d like to get on board with Gavin. But we took an entire course on Emerson in ministerial school, including The Oversoul. And we still do not see the attraction. Even if Emerson has great ideas, his writing style is … how do we say … more like stream-of-consciousness. But if Gavin suggests it, go ahead and give it a shot.

Benefits for adopting this idea of God.

This whole idea of God certainly helps with the age-old debate about why God allows evil things to happen. The traditional religious response is that evil things are “God’s will.” Or maybe “God works in mysterious ways.” Both are unsatisfying. We are equally dissatisfied with the New Thought response that there is no absolute evil, just actions on a continuum with varying degrees of ‘goodness.’ WTF does that even mean?

This idea of God also places the responsibility for our lives squarely on ourselves. There is no master plan devised by God. There is no benefactor looking out for us. There is no formula whereby we can do a set of rituals to make everything go right.  That is empowering, but can be frightening.

Finishing with a quote from the article: Nothing exists but ‘God’. Everything that is in existence is one inter-dependent, inter-twined Whole and that Whole has intelligence, that Whole is conscious, that Whole is consciousness. Editorial:  We like this summary a lot. But we remain non-committal on the intelligence part. Although it seems logical that there could be an Oversoul providing a guiding factor to the complexity of this universe, for now we need to continue to sit with it. 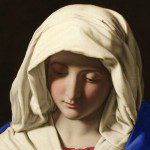 December 31, 2020 If Low-Level Life Exists on Other Planets, What of God?
Recent Comments
0 | Leave a Comment
"Oh good grief, you’re not still trotting out this nonsense? Yet here you are!"
Geoff Benson The Nonsense in Spades We Are ..."
"Hey, it's the midwest. Us heathens are Oakland Raider fans, and, yes, I said Oakland."
Charles D Oakey Does Prayer Work If God is ..."
"“ LOL! You clueless f#$k boy. Can't click a URL link.”You might want to watch ..."
hiernonymous The Nonsense in Spades We Are ..."
"(1a) If there were no Chernobyl, instead of saying omnigod would have effectively warned Akimov, ..."
Luke Breuer Salvific Suffering and a Possibility of ..."
Browse Our Archives
get the latest from
A Tippling Philosopher
Sign up for our newsletter
POPULAR AT PATHEOS Nonreligious
1

Nonreligious
Does Prayer Work If God is Not Listening?
A Tippling Philosopher

Nonreligious
What Does Jesus Say about the Afterlife?
A Tippling Philosopher