The Inherent Contradiction in the Left-Right Paradigm

The left-right paradigm for explaining political ideologies is not all that useful in being far too simplistic. One thing I would like to point out in issue with the paradigm is this:

The right is often described as small government, whereby the libertarian influence sees the free market arbitrating and driving most of what goes on in society. It is all about freedom and liberty.

Unless, of course, it is what you want to do with your body, often behind closed doors.

Then, the right, so often supposedly libertarian (such that I call them faux-libertarians for this reason and concerning immigration), want to dictate what you can and can’t do, particularly in the sexual-moral domain. There is the urge to conserve “traditional” cultural values and norms.

The left want to regulate everything and have a big government that dictates production and, so the right say, overreach into society. Except, more often than not, liberal leftists don’t care what you do behind closed doors, particularly in the sexual-moral domain.

This is the contradiction…

The right: small government, no overreach into the economic domain, big overreach (big government) in the social-moral-cultural domain.

The left: big government, overreach into the economic domain, laissez-faire in the social-moral-cultural domain.

This is, of course, a rough generalisation to which you will be able to find quirks and anomalies. And this also serves to illustrate the real differences between actual libertarians and the Republican faux-libertarians you get in the States (and also in the UK, as I wrote about here). 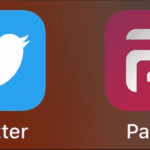 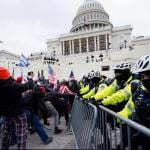