(Not so) Fond Memories of Rush

Rush was a bigot. But he was an equal opportunity bigot. Racism? Misogyny? Homophobia? Yep. He was expert at all of them. Here is list of quotes attributed to Rush. Enjoy.

“The NAACP should have riot rehearsal. They should get a liquor store and practice robberies.”

“Have you ever noticed how all composite pictures of wanted criminals resemble Jesse Jackson?”

“Take that bone out of your nose and call me back.” (to an African American female caller).

“You know who deserves a posthumous Medal of Honor? James Earl Ray [the confessed assassin of Martin Luther King]. We miss you, James. Godspeed.”

“The NFL all too often looks like a game between the Bloods and the Crips without any weapons. There, I said it.”

“If any race of people should not have guilt about slavery, it’s Caucasians. The white race has probably had fewer slaves and for a briefer period of time than any other in the history of the world … And yet white guilt is still one of the dominating factors in American politics. It’s exploited, it’s played upon, it is promoted, used, and it’s unnecessary.”

On the Central American migrant caravan heading toward the U.S. in 2018: “The objective is to dilute and eventually eliminate or erase what is known as the distinct or unique American culture … This is why people call this an invasion.”

“Feminism was established so as to allow unattractive women access to the mainstream of society.”

“Women should not be allowed on juries where the accused is a stud.”

“Women still live longer than men because their lives are easier.”

“I’m a huge supporter of women. What I’m not is a supporter of liberalism. Feminism is what I oppose, and feminism has led women astray. I love women. I don’t know where all this got started. I love the women’s movement, especially when walking behind it.”

On Beyoncé: “She’s married to a rich guy … She now understands it’s worth it to bow down.”

On Sandra Fluke, a Georgetown law student who testified before Congress about the importance of health insurance covering birth control: “What does it say about the college co-ed Susan Fluke who goes before a congressional committee and essentially says that she must be paid to have sex — what does that make her? It makes her a slut, right? It makes her a prostitute.”

“When a gay person turns his back on you, it is anything but an insult; it’s an invitation.” And finally…

On the dangers of secondhand smoking, and smoking in general: “That is a myth. That has been disproven at the World Health Organization and the report was suppressed. There is no fatality whatsoever. There’s no even major sickness component associated with secondhand smoke. It may irritate you, and you may not like it, but it will not make you sick, and it will not kill you…Firsthand smoke takes 50 years to kill people, if it does. Not everybody that smokes gets cancer. Now, it’s true that everybody who smokes dies, but so does everyone who eats carrots … I would like a medal for smoking cigars, is what I’m saying.”

“What’s the difference between a liberal and a conservative? A liberal will interpret the constitution, a conservative will quote it!’

February 19, 2021
Paine and Hume Regarding the Resurrection
Next Post 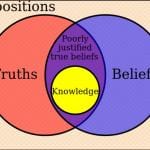 February 21, 2021 The Most Pathetic Christian Argument I Have Heard
Recent Comments
0 | Leave a Comment
Browse Our Archives
Related posts from A Tippling Philosopher