Sinnott-Armstrong, Unfair Distribution of Evidence for God, Belief, & Free Will

To continue the theme of evidence with relation to convincing believers and non-believers to either maintain their belief or take on belief in God, after the recent set of articles concerning Doubting Thomas, let me bring philosopher Walter Sinnott-Armstrong into play with a quote from his book with William Lane Craig entitled God? A Debate between a Christian and an Atheist:

The only way in which this argument could fail is if the new evidence made enough people lose their love of God. Craig talks about “a neon cross in the sky” and “brazen advertisements” that make people “chafe” and “resent such effrontery.” (109) this parody misses my point. Such bungling is beneath God. Surely an all-knowing and all-powerful God could find and use some way to make Himself more manifest, at least two non-believers, without undermining believers’ love for Him. God could appear to each person with just enough evidence of the right kind to convince that individual. Or, at least, God could provide rapists and murderers with enough evidence to dissuade them from their rampages. This evidence need not be seen by non-criminal believers, in which case the evidence for non-believers could not turn those believers against God. Moreover, even if God did give extra evidence to believers, possibly in order to relieve their doubts, this evidence could be limited to whatever is appropriate. An all-powerful God wouldn’t need to be open quotes brazen” in order to give better people evidence than they now have for His existence if God gave additional evidence in some proper way, then “more people would come into a saving relationship with Him” (109), and humans will benefit in many ways at little or no cost to anyone. I might not be able to specify exactly how God would do this, but an all-knowing God could figure out how to do it, and all-powerful God could do it, and an all-good God would do it. (p. 133-34)

We have this ever-present issue of why God would create a world where most people would not come to believe in God and enter into a loving union with him. Especially problematic since he designed and created everything in this world and is ultimately responsible for it. The usual defence from theists is the free will defence whereby this is a corollary of free will. However, God could create a form of free will that had 5% fewer or 5% more people believing in him. He could manifest a universe in any way that gives you more or fewer believers. But he settled upon this one. He doesn’t seem to want more people coming to believe in him and enter into a loving union with him otherwise he would produce a universe whereby there were more! Yet it appears that this is the sole purpose of humanity, as far as theists are concerned!

I think the whole problem for theists in these sorts of debates is the fact that God is, indeed, ultimately responsible for his creation. Any reliance on free will deflects away from the simple fact of the matter for theists that God created free will and the universe in which that form of causality exists. Of course, I deny libertarian free will as it is philosophically incoherent, as does pretty much every single philosopher worth their salt. That is, as according to the metadata for the PhilPapers survey, apart from theistic philosophers, and this is because they need free will as a foundation for belief in a judgemental God.

The free will defence is a very weak deflection away from the fundamental problem that God is ultimately responsible for everything in this universe. Especially since, if, as a theist, you adhere to divine foreknowledge: God knew every single event that would come to pass in the universe, every single decision and person and counterfactual, and designed and created that universe anyway.

The free will, divine foreknowledge and unfair distribution of evidence arguments are insoluble for the theist, in my opinion. Apologists like Dave Armstrong can protest all they like, but they appear to do nothing to solve these problems.

March 19, 2021
Putting the Doubting Thomas Episode to Bed, and Opening a Can of Worms
Next Post 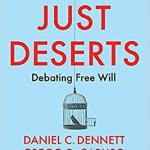 March 20, 2021 Hard-Incompatibilism vs Hard-Determinism
Recent Comments
0 | Leave a Comment
""I said all of that now get to the part were I said I wish ..."
Lord Dude Islam as a Religion of Peace? ..."
"The first sentence. He probably would be on the same page as you. He has ..."
Steven Watson Well That Escalated Quickly: Knowledge and ..."
"There are different varieties of “free will”.In Is lam the predominant view is that of ..."
John Nutt Well That Escalated Quickly: Knowledge and ..."
"It’s not a biological condition one slips into – as if it were latent in ..."
Lord Dude The Big Lie Lives on: Cheney ..."
Browse Our Archives
get the latest from
A Tippling Philosopher
Sign up for our newsletter
POPULAR AT PATHEOS Nonreligious
1