This has been pretty newsworthy in the UK and it’s great to see Humanists UK stand up for the teacher. We don’t want to return to times of blasphemy laws. From Humanists UK:

Controversy has erupted after a teacher showed pupils an image or images of Muhammad in a lesson at Batley Grammar School on Monday. This led to Muslim parents protesting outside the school yesterday and today. The teacher in question has been suspended by the school, which has apologised ‘unequivocally’.

Reports from parents say the cartoons of Muhammad were from the French magazine Charlie Hebdo, and the school has said it was in a Religious Studies lesson. The offices of Charlie Hebdo were attacked in 2015 by Islamists for similar depictions, with 12 staff members murdered.

In October 2020, the French schoolteacher Samuel Paty was murdered by Muslim extremists following heated protests after using an image of Muhammad from Charlie Hebdo to illustrate a lessson on the value free speech in an open society.

Many of the Muslim groups protesting the depictions in Batley have insisted that no depictions of Muhammad should ever be permitted in schools in any context, with one group likening it to ‘terrorism’ and calling for the teacher in question to be fired.

‘Schools certainly should be able to show depictions of Muhammad, and indeed if done sensitively this can be an important part of school RE.

‘High-quality RE will always seek to cover controversial and sensitive debates around religions and society, as well as criticism of religions, to equip young people to understand and navigate these topics from different perspectives. Schools are public bodies, charged with the education of children: opening their minds and promoting critical inquiry, personal and intellectual and moral development. If schools shy away from this responsibility, the risk is that lessons will become detached from what pupils see in real life and in the media each day, and so help them less in understanding the world around them.

‘Does a resource allow pupils to engage critically, to challenge their preconceptions, to learn something about views different from their own? Is the resource essential to illustrating the topic being learned about? These are the sorts of questions we should ask.’

‘Not only are debates around depictions of Muhammad a key part of contemporary debates around Islam, but also more generally free speech is a vital component in making sure such debates take place on a level playing field. England repealed its blasphemy laws in 2008. No school should be bullied into recreating them.’

Read more about our work on free speech and expression.

See our comment in response to the 2020 incident in France.

Humanists UK is the national charity working on behalf of non-religious people. Powered by 100,000 members and supporters, we advance free thinking and promote humanism to create a tolerant society where rational thinking and kindness prevail. We provide ceremonies, pastoral care, education, and support services benefitting over a million people every year and our campaigns advance humanist thinking on ethical issues, human rights, and equal treatment for all. 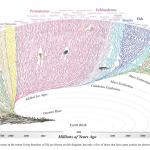 March 30, 2021
Survival of the Fittest: Tautologous and Unfalsifiable?
Next Post

April 1, 2021 Minimum Wage Rises in UK with Barely an Eyebrow Raised
Recent Comments
0 | Leave a Comment
Browse Our Archives
get the latest from
A Tippling Philosopher
Sign up for our newsletter
POPULAR AT PATHEOS Nonreligious
1