If God Wasn’t Good, How Would You Know? Skeptical Theism Revisited

Skeptical theism is the theist’s ultimate get-out-of-jail-free card that can extricate them from any seemingly impossibly incoherent position.

Let me create a thought experiment for you.

Imagine you are the last person left in the universe. Over the last 1000 years, the apparently omnibenevolent God of classical theism has tortured all of humanity terribly. Not only this, but you have seen your entire family tortured in front of your eyes for the last 50 years. It is been a horrendously, agonisingly terrible experience for all sentience creatures in the universe as they have been subjected to terrible torture.

The atheist suggests that this is prima facie evidence that God is not omnibenevolent, even though in this thought experiment it pretty much looks like God exists.

However, for the theist, they can still offer the ultimate possibiliter ergo probabiliter argument from skeptical theism. The simple fact of the matter is that theists can always claim that there could be a reason why God is doing what he is doing; there might be a greater good that comes from this pain and suffering. Just as we say that the pain of an injection into a child’s arm is a short-term unit of suffering compared to the long-term good of being inoculated from a terrible disease, the theist is able to use such consequentialist ethics to justify the terrible pain and suffering on show in this thought experiment reality.

This is the logical problem of evil whereby one can present a thought experiment that entails almost infinite pain and suffering and this is still not enough to logically invalidate the classical conception of God.

And this is precisely why the evidential problem of evil, which relies on probability, ends up being more robust.

The corollary of this sort of argument is that, as Stephen Law pointed out, this is exactly the evidence you would have if God was perfectly evil. Indeed, any amount of good can be argued to be the necessary amount of good for some greater evil to come about. The evil God argument is a great defeat for such theodicies. 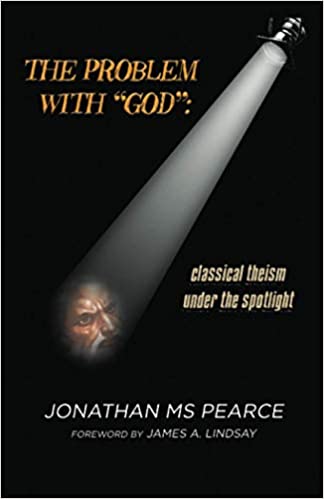 I’m not sure that any logical arguments can particularly find their conclusions in an all-good god any more than they can for an all-evil god. Either way, it all looks rather like ad hoc rationalisation.

Please grab my book The Problem of “God”: Classical Theism under the Spotlight for similar attacks on classical theism [UK].

April 3, 2021 Appearing to the 500-Plus: Debating the Evidence.
Recent Comments
0 | Leave a Comment
"I think that the same thing is true of people who are raised in households ..."
democommiescrazierbrother It’s Not Just Young White Liberals ..."
"Interesting, because I know of almost no rightists who aren’t members of an Abrahamic religion. ..."
Carstonio It’s Not Just Young White Liberals ..."
"I'm addicted tp 4:20; is that anything like 538?"
democommiescrazierbrother It’s Not Just Young White Liberals ..."
"One thing that I am in complete agreement with Sartre on: we make our own ..."
im-skeptical Exaltation vs Incarnation Christology
Browse Our Archives
get the latest from
A Tippling Philosopher
Sign up for our newsletter
POPULAR AT PATHEOS Nonreligious
1

One Heck of a row over Moore's defection...
FOR almost 30 years Beth Moore was a Southern Baptist to the...
view all Nonreligious blogs
What Are Your Thoughts?leave a comment
Copyright 2008-2021, Patheos. All rights reserved.
error: Content is protected !!