Everybody likes to win. It boosts the ego, validates one’s views. It is a reinforcer of self-righteousness. That can be both positive and negative. If it’s a game you are winning, then it’s positive…unless you cheated to gain an advantage. Then, it depends on how important winning is to you. More about that later.

In my younger days, just a few years ago, (1950’s) I played football and basketball. Our school was a member of a conference of small high schools in rural southwestern Michigan called The Little Eight. Our teams were not great. We won some and lost some. We enjoyed our wins, but when we lost, it wasn’t the end of the world.  Winning wasn’t everything.

You have probably heard the famous quote attributed to Vince Lombardi, who coached the Green Bay Packers to a string of NFL championships. (See Note at end)

“Winning isn’t everything; it’s the only thing.”

We all know people infesting these comment threads who delight in starting arguments. And then declaring that they won. The winner of an argument isn’t necessarily the one who is right. Sometimes they are just louder, or cleverer at debate than their opponent. They may use “gotcha” tricks to confuse and intimidate, or quote biased sources in an appeal to “authority.” Anything that silences their opponent is good. It’s all about winning.

There is another arena where any subterfuge that results in victory is acceptable, regardless of how dishonest or misleading it is: Politics. We certainly have had ample evidence of that over the past four years. Not just from the Liar-in-Chief. His followers in Congress, in the media and in the public-at-large repeated his lies, creating an alternate reality where whatever he said was accepted without question, and opponents were attacked and demonized.

There is one segment of the electorate that best illustrates the “winning is the only thing” mindset. Evangelical Christians saw that Trump was a moral dirtbag… multiple divorcee, serial adulterer, profligate liar. If he had run as a Democrat, they would have excoriated him. But Trump knew the One Big Thing he had to do that would guarantee their support: Oppose women’s choice. He was right, of course. Evangelicals were a solid bloc of his support. They were happy to overlook all of his personal moral failings if they could win on that issue. Winning trumped morals.

The culmination, of course, was the attacks on the Capitol. Trump refused to accept the fact that he lost the election. He manufactured a web of lies, claiming the election was stolen. His followers bought it, and with his encouragement, a number of them acted on it. Most of the people who participated in the violence, and a lot of others who condoned it, still believe that Trump won “in a landslide,” as he claimed. It was simply not possible, UNTHINKABLE, that he lost.

To them, winning is the only thing that is important. Doesn’t matter how you do it. Duplicity, lies, hypocrisy, denial of facts, even violence, threats and intimidation are all okay. This is where a large part of our society is now. Losing must be avoided at all costs…even if it destroys our nation.

I hate to end on a gloomy note, but even though the election is over, the people who still do not accept the results have already shown that the fight is not over. They will oppose everything that President Biden tries to do, demean him at every opportunity, and maintain their alternate reality that Trump was robbed, fervently hoping that he will run again in 2024. State legislatures in most Republican-dominated states are already passing laws to make voting by minorities even more difficult. That’s cheating, but if winning is the only thing that matters, the end justifies the means.

NOTE: Lombardi is wrongly credited with originating the quote, but UCLA coach Red Sanders used it much earlier. 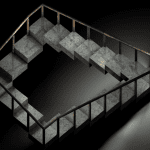 April 5, 2021
Stepping in the same river twice?
Next Post 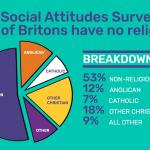 April 6, 2021 Huge Generational Surge in UK Non-Religious
Recent Comments
0 | Leave a Comment
Browse Our Archives
get the latest from
A Tippling Philosopher
Sign up for our newsletter
POPULAR AT PATHEOS Nonreligious
1

Nonreligious
Disenfranchised and Disenchanted: Reflections on the UK Local...
A Tippling Philosopher