Reality TV star and all-round awesome conservative evangelical has been arrested. And it looks like it could be serious, considering it’s the feds. People.com report (See the link for the whole piece):

In the nearly six years since 19 Kids and Counting was canceled by TLC, Josh Duggar has faced a series of controversies that have rocked him and his famous family.

On Thursday, the eldest son of Jim Bob and Michelle Duggar was taken into custody in Arkansas, where he is currently being held in jail without bond. A representative for the U.S. Marshals Service confirmed to PEOPLE that he was arrested by Homeland Security. Online jail records do not indicate what charges he was arrested on when he was booked….

In 2015, news broke that Josh had allegedly molested five underage girls as a teenager. Two of his sisters, Jill, 29, and Jessa Seewald, 28, later came forward as two of the victims, insisting they had already “moved on” and forgiven their brother when the news surfaced.

In his statement to PEOPLE at the time, Josh said, “Twelve years ago, as a young teenager, I acted inexcusably for which I am extremely sorry and deeply regret. I hurt others, including my family and close friends.”

“I confessed this to my parents who took several steps to help me address the situation,” Josh continued. “We spoke with the authorities where I confessed my wrongdoing, and my parents arranged for me and those affected by my actions to receive counseling.”

However, as the reports revealed, Josh’s three-month stay in a treatment program at the age of 14 in Little Rock, Arkansas, was not actually run by a certified counselor but by a family friend of the Duggars who was in the home-remodeling business. Josh was only put through “hard physical work.”

Speaking to Megyn Kelly in an interview for Fox News, Jim Bob and Michelle spoke publicly for the first time after the scandal, saying Josh first touched his sisters improperly while they were sleeping.

Describing it as “one of the darkest times our family has ever gone through,” Jim Bob said he and Michelle put safeguards in place to make sure nothing else happened.

“We watched him like all the time,” said Jim Bob. “I took him to work with me. We just poured our life into him.”

When Kelly asked if they worried that the treatment didn’t work considering how many children were in the house, Jim Bob said, “No. Josh is a changed person.”

Kelly also spoke to Jessa and Jill during the interview. When asked whether they considered themselves to be victims, Jessa said that while what her brother did was “very wrong,” she said she wanted to speak up against people who are calling him a child molester, pedophile or rapist.

“I’m like, that is so overboard and a lie really,” said Jessa. “I mean people get mad at me for saying that, but I can say this because I was one of the victims.”

A Marriage and Family of His Own — Shaken by Infidelity

Josh met Anna at a Christian homeschooling convention back in 2006 when she was a teen. The pair began courting and wed two years later in September 2008….

But just one month after the birth of their fourth child, scandal once again rocked Josh and Anna’s marriage in 2015. (The duo had been living in Washington, D.C., where he was working as a lobbyist for the highly conservative and controversial Family Research Council.)

In August 2015, Gawker reported that the eldest Duggar son appeared to have had active accounts on Ashley Madison, a website created to facilitate cheating on your spouse.

Josh ultimately confessed to having a pornography addiction and cheating on his wife in an apologetic statement on the Duggar family website.

“I have been the biggest hypocrite ever. While espousing faith and family values, I have secretly over the last several years been viewing pornography on the internet and this became a secret addiction and I became unfaithful to my wife. I am so ashamed of the double life that I have been living and am grieved for the hurt, pain and disgrace my sin has caused my wife and family, and most of all Jesus and all those who profess faith in Him,” the statement read.

Less than a week after making his confession, Josh sought treatment at a faith-based rehabilitation center in Rockford, Illinois. After returning to his family’s home state of Arkansas, Josh and Anna revealed that they had entered marriage counseling following their difficult year.

The couple went on to have two more children: son Mason Garrett, 3, and daughter Maryella Hope, who turns 2 in November.

Most recently, Josh faced a real estate lawsuit in 2019. In September of that year, KARK.com reported that a three-day jury trial was set for Josh, who was “accused of fraud and is being sued for ‘quiet title’ and breaching a contract, according to court records.” In October, KNWA reported that Josh lost the lawsuit due to him missing a court date.

Josh’s place of employment, an Arkansas car dealership, was also previously raided by Homeland Security as part of an “ongoing federal investigation” in November 2019, authorities told TV station KNWA at the time. It was unclear whether Josh was the focus of the investigation….

Rumours will be flying, no doubt.

Charges have now been heard:

“Josh Duggar has been charged in a two-count indictment. He has pled not guilty to both charges and we intend to defend this case aggressively and thoroughly. In this country, no one can stop prosecutors from charging a crime. But when you’re accused, you can fight back in the courtroom — and that is exactly what Josh intends to do,” his attorneys, Justin Gelfand, Travis W. Story and Greg Payne, said in a statement.

Josh allegedly used the internet to download material of child sexual abuse, “some of which depicts the sexual abuse of children under the age of 12, in May 2019,” according to a press release. 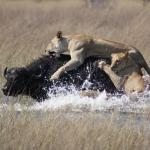 May 1, 2021 Animal Suffering, William Lane Craig, and Christian Apologetics
Recent Comments
0 | Leave a Comment
Browse Our Archives
get the latest from
A Tippling Philosopher
Sign up for our newsletter
POPULAR AT PATHEOS Nonreligious
1

The Sheer Racism in the Russell...
Roll to Disbelieve
Books by This Author Books by Jonathan M. S. Pearce