Wondering Over Signs and Wonders

This is a great guest piece from the awesome Suzanne Titkemeyer. She used to be a fellow Patheoser and has guested a piece detailing a recent triggering from a (completely insane) video she saw. She has moved to Costa Rica, and you can check out her YouTube channel about her adventures living there. Over to her:

You may know me from my almost ten years of writing, editing and overseeing the Patheos blog No Longer Quivering. This past November 1st, 2020 I stepped down from writing a daily column. It’s been six months now, six long months that it turns out I needed to recharge and recover from my long task. To sort my own writings and thoughts before thinking about writing again.

Truthfully I think I’d covered all there was to say about Quiverfull. Jonathan Pearce, the lovely man that writes and edits this blog, asked if I’d be interested in writing a bit about my experiences with miracles, signs and wonders. Things and behaviors I’d witnessed during the years I was breaking away from Quiverfull and chasing what I thought was holy fire at Toronto Airport Christian Fellowship and a myriad of other places.

Some I have covered at NLQ, like the time I got taken against my will to a “deliverance” at Tom Hauser’s church in Wilmington, North Carolina. This was a church practicing the “Signs and Wonders” ministry that many were dabbling in by that time along with deliverance from the demonic.

Until today I had no idea what I was going to say, feeling burned out over any topic religious. Then it happened. A former friend from the old church posted a video on her Facebook page and in flooded all the same toxic people with the same extreme problems that were part of the conference junkies group I was part of. We went from place to place, chasing signs and miracles. If there was news of gold, gemstones and feathers dropping from the ceiling, we were there. News of miraculous healings, we were there. Outbreaks of holy laughter or dancing, we were there.

What she posted that triggered me so hard was a video on YouTube with the title Kenneth Hagin – Move of the Holy Ghost – Enjoy! Every single person I used to know from the conference junkies group was talking about getting together to hold a holy spirit laughter party.

The version on YouTube is a lot longer than the original video on Facebook, so I’ll just be concentrating on the first 1:40 seconds she posted instead of the entire 20:43 video. There is no way in heaven or hell I could watch the entire thing.

After being completely removed from my old beliefs by a distance of over 15 years now here’s what I see when I view this instead of viewing this with delight and thanksgiving like I would have then. The video purports to show “holy laughter” spontaneously breaking out. It sounds like what I would imagine the asylum Bedlam sounded like in the 1800s.

The video starts by boldly proclaiming that this is “END TIMES BREAKING NEWS!” before launching into this chaos. A man in a dark gray suit being restrained by his bodyguard while making odd noises slaps a sitting man right in the head. The sitting man leaps up, runs up the stairs to the platform before leaping to the top of the pulpit and jumping off. Leaping into the nearby fake bushes. Random people are jumping up and down like popcorn and the sounds of babbling voices and hysterical laughter can be heard. More people jump up and down and the noise builds. Some guys decide to fish out the sitting man who leapt into the fake bushes out of the bushes. It does not go well. They no sooner have him out when they all start to do the worship watusi, or the whirlybird, or the silly stomp. Just like some demented chorus line in Hades. The crowd goes even wilder and starts dancing and shrieking before the clip mercifully ends.

What do I think is happening there? Exactly what I think was happening in all those other places I went, with excitation and expectation, with hope. Acting, acting out of that same excitation, expectation and hope. You can almost witness the truth of this being a mass self-hypnoses when the group pulls the man from the bushes. The guys to the left of the speaker start dancing first, and you can almost read the thought processes of the bodyguard to the extreme right who eventually reluctantly joins in. I guess he knows who pays his paycheck.

When you have such an atmosphere of extreme emotions turned up to eleven these things happen, and people blame their own reactions to the emotional exhortations of the leaders on “God”. It’s self-hypnosis, and wanting to fit in, to be part of a bigger weirder thing. To be more righteous than those uptight fundamentalists. Apparently, our needs for connection, belonging and acceptance in our own peer groups are so strong it can override all you know to be factual.

I miss these things. I miss these days. I miss being drunk on the wine of the Holy Spirit. I miss the spiritual tea parties I had on the rug of TACF at 6 am after cleaning the place. I miss rolling with laughter for ages with my friends for no reason. I miss believing I would see gold dust fall from the sky. I miss believing in a healing for someone who’d already proclaimed their healing a dozen other times at a dozen other places. I miss slam dancing with the Cue Ball twins during an all night Xian rave. I miss the nice high church reverend I saw get un-reverent and high every July at the Party Festival.

But I’ve peeked behind the curtain and seen that the Great and Powerful Oz does not exist. There’s no returning from that. Ever. Now when I watch videos like the one I’ve linked to here all I feel is my skin crawling, and a shameful feeling of being duped. Revulsion.

Suzanne Titkemeyer went from a childhood in Louisiana to a life lived in the shadow of Washington D.C. For many years she worked in the field of social work, from national licensure to working hands on in a children’s residential treatment center. Suzanne has been involved with helping the plights of women and children in religious bondage. She is an ordained Stephen’s Minister with many years of counseling experience. Now she’s retired to be a full time beach bum in Tamarindo, Costa Rica with the monkeys and iguanas. She is also a thalassophile. She also left behind years in a Quiverfull church and loves to chronicle the worst abuses of that particular theology. She has been happily married to her best friend for the last 34 years. You can read more about the author here.

April 30, 2021
Cancel Culture: Some Stimulation for Debate
Next Post 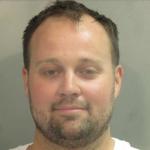 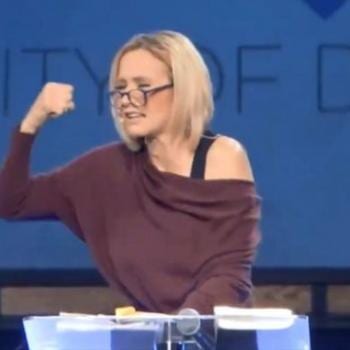