In the closing stages of writing my latest book, The Resurrection: A Critical Examination of the Easter Story [UK], I had a few test readers. One was David Austin, down in Australia, who has provided a few guest articles for your delectation. Here is one – thanks muchly to him: 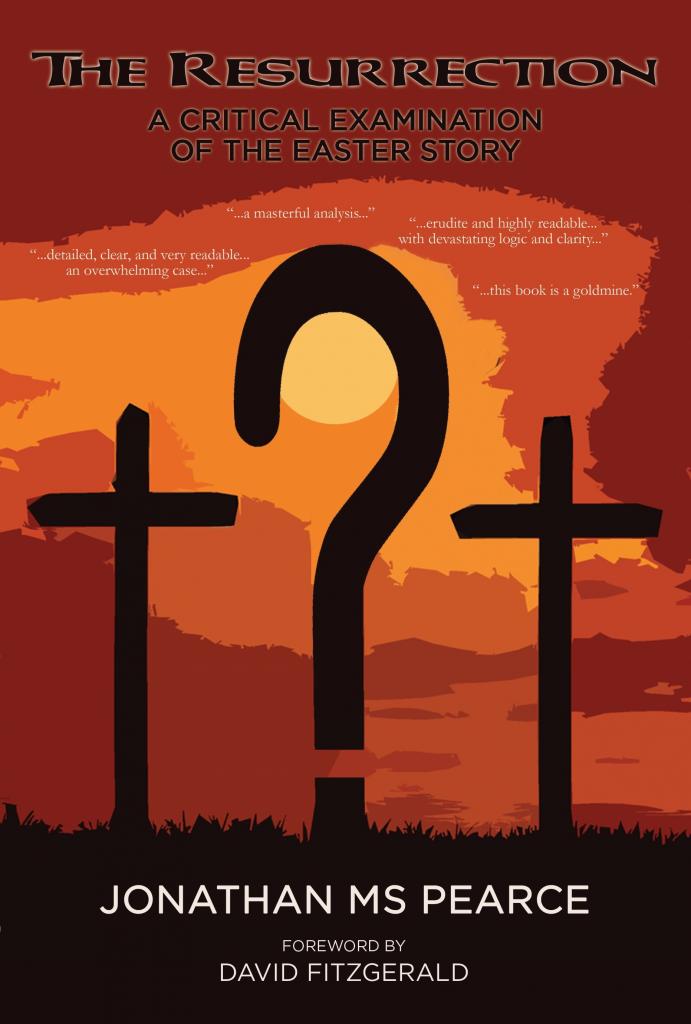 In a previous article, I listed various “contradictions” (or as apologists insist, “differences”), in the four Gospel accounts of the Resurrection of Jesus.

Whilst some of these “differences” are not especially significant, and can be “harmonised” with a bit of skewed thinking on the part of apologists (who conveniently ignore the plain reading of the text), I believe there are some which are irreconcilable.

Then, the next time the text mentions the disciples, it relates that all eleven disciples (presumably the Twelve minus Judas Iscariot) meet up with Jesus on a mountain in Galilee. Surprisingly, the text relates “some doubted”; What they “doubted” remains unclear.

If we compare Matthew’s narrative with that of Luke, we see a stark contrast.

Then Jesus actually appears in this locked room, and “proved” his physical resurrection by eating some fish. He then, explicitly told them “…..so stay here in the city (Jerusalem) until you have been clothed in power from on high (ie Pentecost)”. Then they went to Bethany (nowhere near Galilee) where Jesus ascended.

Jesus gave no indication of when the “clothed in power” incident would occur.

I doubt that any disciple would leave Jerusalem, and risk not receiving the “Holy Spirit”.

There is absolutely NO indication, in Luke, that any disciples travelled to Galilee. This is in total contradiction to Matthew’s account.

This also makes nonsense of the “Four witnesses to a car crash” apologetic, since if one witness states the “crash” happened in New York and a second supposed witness said it happened in Los Angeles, then either they are describing two totally different “crashes” or one or both are lying.

In John’s account, Mary Magdalene arrives at the tomb and finds the tomb empty. There is no angel/man to tell her what has happened to his body. Then she runs back to the disciples, and tells them that somebody has moved the body and she does not know where it is. She is totally unaware that Jesus had risen, and thus came to the more natural conclusion that Jesus’ body had been moved. She then arrives back at the tomb, and she still has no idea about Jesus being resurrected.  She then sees two angels/men inside the tomb, but they don’t inform her about Jesus’ resurrection.  Even when she talks to Jesus outside the tomb (whom she does not initially recognise), she still thinks the body had been moved, until finally she recognised Jesus, but she is not allowed to touch him (cf Matthew’s account above). Jesus does not mention that the disciples should go to Galilee to meet him. What’s more, Mary Magdalene’s encounter with Jesus occurs after she had informed the disciples that Jesus’ tomb is empty (cf Matthew’s account above).

These are two completely different & contradictory stories, and I do not know how you can reconcile them.

Mark doesn’t mention if the women encountered Jesus. After their encounter with an angel/man, they ran off and told no-one. I would think Mark would have mentioned an encounter by the women with Jesus if this had happened. In fact, Mark (in the earliest & best manuscripts) has NO encounters by the women or disciples with the risen Jesus.

Matthew has the women meeting Jesus after leaving the Tomb on their way to tell the disciples to meet Jesus in Galilee.

Luke has the women being told by angels/men at the tomb that Jesus had risen, but Luke never mentions whether the women encountered Jesus on the way to tell the disciples. This is, I suppose, an “argument from silence” (ie absence of evidence is not evidence of absence) but it seems highly likely that Luke would have mentioned this important detail if it had happened.

John has Mary Magdalene meeting with Jesus at the tomb, on her second visit there.

Mark – No meeting by the women with Jesus.

Luke – No meeting by the women with Jesus.

I think these three “differences” are sufficient to throw doubt on the resurrection accounts.

I suppose one could come up with some “tortured” narrative about how this “might” have happened, but you must realise that you are creating your own story, which does not comport with any Gospel account. In addition, each narrative was intended to stand alone on its own merits as its Resurrection account, so it is disingenuous to use other accounts to somehow create a new narrative, which the original Gospel author had not intended.

As a reminder, check my (JP’s) recent interview:

June 4, 2021
Responding to Breuer on Conceptual Nominalism
Next Post

June 6, 2021 The Other Holocaust
Recent Comments
0 | Leave a Comment
"Not sure, but there could be nuclear devices in this "Trumper" guy's plastic ‮gab‬.https://twitter.com/Unscrip...https://twitter.com/Unscrip..."
skl Steve Mason, Josephus, Jesus and the ..."
"If you are willing to allow that you have faith in science then you will ..."
Luke Breuer New Exodus Book Project Confirmed
"He cannot seem to get past the notion that words and equations are descriptions of ..."
Luke Breuer New Exodus Book Project Confirmed
"Probably easier on the nerves than being the crying Britney guy. Oh well, we all ..."
guerillasurgeon Steve Mason, Josephus, Jesus and the ..."
Browse Our Archives
get the latest from
A Tippling Philosopher
Sign up for our newsletter
POPULAR AT PATHEOS Nonreligious
1 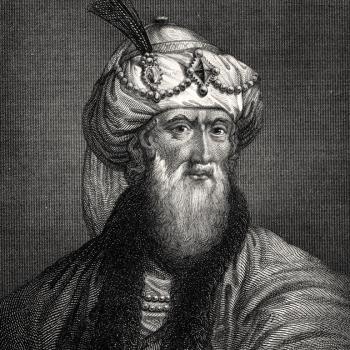 Nonreligious
Is the “Empty Tomb” Narrative Historical?
A Tippling Philosopher