The GOP Sustained Assault on Democracy

There are some really terrible moves being made by the GOP at all levels of politics in the US. This has arguably been going on for decades, but most pointedly so since Trump’s election in 2016. There is a very good case to suggest that the GOP is following the Viktor Orban playbook in Hungary. After all, how did a functioning democracy move so quickly to authoritarian fascistic populism? The parallels to this are pointed out in Ben Rhodes new book After the Fall: Being American in the World We’ve Made – a book I’m really looking forward to reading (listening to):

The podcast above is well worth listening to/watching and will give you some context and understanding when seeing what the GOP are doing. For example, SB7 – the voter suppression bill in Texas that Democrats in the State Legislature stalled by walking out and causing the legislature to lack being quorate – is a pertinent example of the extent that the GOP will go to in search of power and for ideological gain. Thank goodness for representatives like James Taralico who seem to be carrying the flame for democracy:

What a refreshing voice. Yet SB7 will pass in some form. As have so many restrictive reproductive rights bills and other voter suppression bills. This is exactly the sort of legislation that Stacy Abrams has been and continues to fight against. This interview is another one well worth watching:

This then contextualises the actions of the previous President. I just don’t see how rational people can defend that man in any way without admitting they are overtly supportive of anti-democratic values.

I will start with this Tweet thread and then paste it as regular text. Get ready, because his dirty laundry list is looooong:

I owe my Trump-supporting friends an apology.  I’ve been critical of the Trump presidency these last four years, and am still exhausted from the experience. But to be fair, President Trump wasn’t that bad, other than

when he incited an insurrection against the government, mismanaged a pandemic that killed nearly half a million Americans, separated children from their families,

For further context, see my piece ‘“Post-Truth Is Pre-Fascism”‘ and other discussions I have had with regard to fascism. In Jason Stanley’s How Fascism Works (a great and quick book to read), he lists 10 pillars on which fascism is supported:

Making America great again, playing to the rural GOP heartlands, propaganda (state TV in FOX News), “fake” news unreality anti-science anti-intellectualism, victim mentality (War of Christians/Christmas etc.), anxieties about LGTB etc., so on and so forth. This is all in the GOP fascist handbook.

Be warned America: every chip away at democracy with every state legislation passed by the GOP is a degradation of democracy and democratic values.

You are a lobster sat in a chef’s pot. Before you realise it, you’ll be boiling away, democratically dead.

Now is the time for action – join a group, become locally active, raise awareness. Get out there and action!

Now, time to sort out my own post-Brexit fake-Trump Johnson Eton mess of corruption and lies. 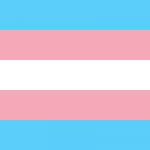 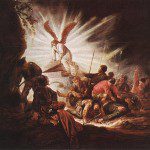 June 8, 2021 The “Real” “Minimal Facts” about Jesus
Recent Comments
0 | Leave a Comment
"Although "journalist is a loose term" on Fox news, Walter Cronkite didn't have to be ..."
Joe DeCaro Who is Jesus and What Is ..."
"Neither did a lot of Christians. Your point...?"
Raging Bee Pilate and Jesus
"So you're not able or willing to stand by your own words. Got it."
Raging Bee Pilate and Jesus
"Have you read Numbers 31?"
Ignorant Amos Who is Jesus and What Is ..."
Browse Our Archives
get the latest from
A Tippling Philosopher
Sign up for our newsletter
POPULAR AT PATHEOS Nonreligious
1