This comment was left on a thread a few weeks ago:

John, why dispute these facts and not go right for the miracles?

Because, if miracles are possible, if it’s possible to extract water from a stone and part the sea, then it’s possible that Moses’ mother had a magical pitch pit in her back yard or that she extracted pitch from a rock, right?

This is indeed a problem with trying to assess the likelihood of some supposed supernatural (biblical) event. No there aren’t enough water molecules in the world, yes the Earth’s crust would have imploded, yes all the sea life would have died from the influx of fresh water, no the animals couldn’t have got to the Middle East (and, yes, this WAS clearly myth), but since I believe in a supernatural OmniGod, why not?

So, yes, if you believe in this sky fairy that can do anything in conception within the constraints of logic, then hey ho.

But there are several things to consider:

The first piece I wrote on this dealt with the first of these two notions. This piece will deal with the second idea.

Yonatan Fishman, PhD, Department of Neurology, Albert Einstein College of Medicine, wrote a really interesting paper contesting the idea that science and the supernatural do not overlap, and that there is no way to test the supernatural. The paper can be found here and is well worth a read.

The abstract is as follows:

Several prominent scientists, philosophers, and scientific institutions have argued that science cannot test supernatural worldviews on the grounds that (1) science presupposes a naturalistic worldview (Naturalism) or that (2) claims involving supernatural phenomena are inherently beyond the scope of scientific investigation. The present paper argues that these assumptions are questionable and that indeed science can test supernatural claims. While scientific evidence may ultimately support a naturalistic worldview, science does not presuppose Naturalism as an a priori commitment, and supernatural claims are amenable to scientific evaluation. This conclusion challenges the rationale behind a recent judicial ruling in the United States concerning the teaching of “Intelligent Design” in public schools as an alternative to evolution and the official statements of two major scientific institutions that exert a substantial influence on science educational policies in the United States. Given that science does have implications concerning the probable truth of supernatural worldviews, claims should not be excluded a priori from science education simply because they might be characterized as supernatural, paranormal, or religious. Rather, claims should be excluded from science education when the evidence does not support them, regardless of whether they are designated as ‘natural’ or ‘supernatural’.

Simply put, if a supernatural phenomenon has impact on the real and physical world such that we can make some observation about its existence, then we can in some sense test it.

And all supernatural occurrences on Earth – i.e., that we have ever experienced – will have left their mark in some way. Take, for example, Noah’s flood. I expressed that it is simply not physically possible. Given this, the only coherent explanation is that the event was a supernatural event presenting as perpetual miracles. But, if this is the case, we should have a ton of evidence to support its happening. So then the theist is backed into the corner of believing God cleaned up exceptionally well after him to the point that the positive evidence supports not believing the biblical tale. This presents its own problems. 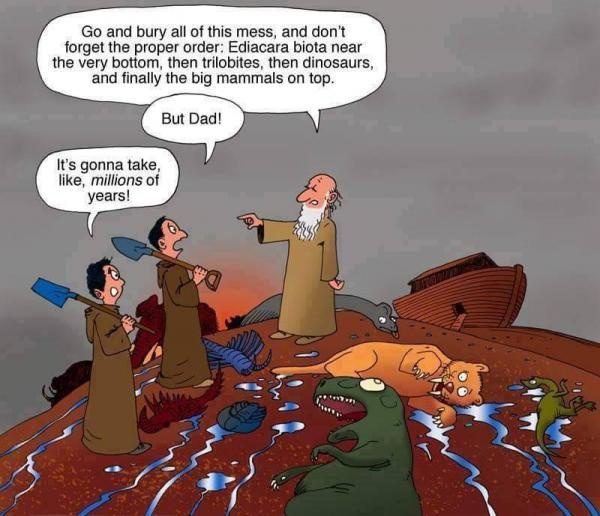 Evidence is important. As Fishman observes:

Thus, contrary to the positions expressed by Judge Jones, the AAAS, and the NAS, the reason why supernatural or religious claims, such as those of ID/Creationism, do not belong in science classes is not because they have supernatural or religious content, but rather because there is either no convincing evidence to support them or science has debunked them. For instance, a major claim of the ID movement is that certain biochemical pathways such as the blood-clotting cascade and cellular structures such as the bacterial flagellum are “irreducibly complex” and hence could not, in principle, have evolved by stepwise Darwinian evolution (Behe, 1996). This is a testable claim, which has been tested and empirically falsified, along with many other ID claims (Perakh, 2003; Stenger, 2003; Shanks, 2004; Young & Edis, 2004; Monton, 2006; Pallen 19 & Matzke, 2006; Stenger 2006a). As philosopher Larry Laudan has argued, “Creationists make a wide range of testable assertions about empirical matters of fact…[Creationist] claims are testable, they have been tested, and they have failed those tests.” (Laudan, 1982). This position has been echoed by other philosophers and scientists….