I was recently talking about the moral obscenity that is the Exodus story, and particularly the plagues, when Dailey attacked my questioning of the morality of the events.

Before I go on to mention some quite unfortunate apologetics, let me recount broadly what happened.

And there we are. So, the violence includes:

Just remember, that in doing so, necessarily gazillions of other animals and other humans – men, women, children, babies, unborn (yey, God is sooo pro-life!) – died as a result of this. The scale of destruction would have been worse than any other single event of a similar timeframe in known history.

Fun fact – there’s no evidence of any of this outside of the Bible. None. Nada. Zip. Still, it happened, right? I mean, the mature, rational, thinking person would acquiesce to such unfounded claims because, you know, they were in the Bible, right?

Anyway, this is the lovely story of Exodus, where God shows his mercy and forgiveness – really shows his compassion in “God is love” omnibenevolence by doing all these lovely things.

Because literally every single Egyptian human and animal deserved this. Every single one was evil. Those donkeys? I mean fuck ’em. Evil bastards, the lot of them. And don’t get me started on the camels (that didn’t yet exist in the region as domesticated animals) – total heathen scum.

Putting all of this unbridled compassion aside – for it is but whiny atheisming! – let me bring into play the great compassioner-in-chief, Jim Dailey, who recently kindly added his words of wisdom on this difficult topic:

This whole column is just another atheist whining that God didn’t consult with him first before creating the universe. JP doesn’t like suffering. Boo hoo hoo. Let’s completely avoid the fact that suffering drives humans to make a better world, God is a big old meanie for making us figure it out on our own.

Ummm… YOU don’t appear to have read the story. God sends the plagues so that Egyptians will let the Jews go.

The Egyptians (slow learners – say, you don’t happen to be Egyptian do you?) take a while to figure out Pharoah is not really in charge.

Again, your silly whining is the equivalent of “Why didn’t God consult with ME to figure out the best solution?

Firstly, I just wonder whether he’s as unquestioning of every other worldview in the world…

Of course, this facile whine (itself) rather ignores the huge amounts of rabbinic wrangling over a good few thousand years, not to mention theologians and a whole bunch of defensive Christian apologetics sites. Indeed, Christian apologetics sites do so much on this topic precisely because it is so theologically problematic that they get their own laypeople – not whiny atheists – questioning it.

So, with all due respect, Mr Dailey might need to grow up a little here and stop slinging mud.

Now, I am not slinging mud, but rather am philosophically and theologically attacking a story that is both theologically and philosophically naive. It is so because it was written about a god before the much more sophisticated theologising took place of the last few thousand years. Before Augustine and Aquinas had begun to fathom what the hell was going on with this schizophrenic entity detailed across a whole bunch of books from two different religions. This is a parochial god written about in very much the same ways as the other gods in the region. The book is a fascinating insight, anthropologically speaking, into the people of the time and place. But we should probably leave much of it there.

Particularly the half-baked theology of this story.

As mentioned, Dailey seems to say “You cannot and should not question this god (God), but every other one is fair game.” Double standards are back on the menu.

Or, should we be good rational agents and question everything?

On the boo hoo hoo point, I need say nothing other than Jim Dailey is a moral monster. Despicable, uncaring comments.

Just to clarify, it was better for God to harden hearts and then kill Egyptians and animals because of the hardened heart than to…soften hearts? Softening his heart and their hearts would certainly have set a moral exemplar of forgiveness and benevolence… I guess all these children and animals had to die? This was necessary for some greater good. There was literally no better way of God delivering whatever lesson or exhibition without killing all these people and animals?

Just to add a little soupcon of…rationality in here, it is interesting to note that, even given all of this muscle-flexing exhibition of power and glory and mercy (eek?), the Egyptians failed to believe. Indeed, they are still not Jewish. In fact, there is no a significant evidence of Judaism there till almost 1000 years later. That’s an awful lot longer than the US has been a country. Although, it kinda was a home for others before it was stolen off the indigenous population. And there is this: 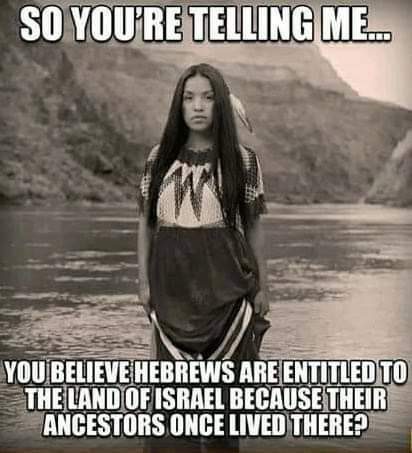 Anyway, Mr D, as someone who thinks this action was necessary for something, can you let me know what all of these deaths of particularly evil children and animals were for? What was the greater good that could not (even with the greatest, most benevolent mind in conception) be delivered in any more benign a way? Because the Egyptians didn’t learn anything – there is no evidence of Jewish practices till immigrants came a thousand years later. The Hebrews even forgot because they got bored when Moses went up Mt Sinai for a bit, and built a golden calf and worshipped it.* And they had just been delivered from Egypt miraculously, and on the back end of a phenomenal amount of death and suffering, and had just been given sustenance in a desert on magical manna. And still they couldn’t learn anything!

Please answer me because, if you don’t, I will continue whining on behalf of the oppressed and murdered children and animals of Egypt that you so abhor.

* There are good suggestions that the golden calf does not represent a false idol, and is not a breaking of that commandment, but is actually a bull to represent Yahweh himself as a way of replacing the then missing Moses as an intermediary. This then breaks the first law of the Covenant Code – making gods form gold or silver – the very first law and what Yahweh gets so upset. I can see both arguments, since the bull also could represent the Baal or Apis. Much can be made of this coming from the E source, as this, though, being indeed a representation of Elohim as Yahweh. 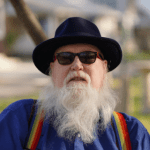 July 21, 2021 "Evangelicalism is One of the Most Hated Religious Sects in America, And They Only Have Themselves to Blame"
Recent Comments
0 | Leave a Comment
"Yeah, our minds are in the aether with justice & the deity among other concepts."
al kimeea Your Foundations Are Wrong; Your Conclusion ..."
"LB - ...else there would be a universal inhering in reality.And yours includes studying psychics ..."
al kimeea Your Foundations Are Wrong; Your Conclusion ..."
"Pain is aversive, functionally so. Painful psychic experience works through the same brain regions of ..."
Phil Rimmer Humanists Urge Supreme Court to Protect ..."
"Also, lots of things have ears."
al kimeea Your Foundations Are Wrong; Your Conclusion ..."
Browse Our Archives
get the latest updates from
A Tippling Philosopher
and the Patheos
Nonreligious
Channel
POPULAR AT PATHEOS Nonreligious
1