I am due to be away for a week next week across the water from my house to the Isle of Wight and, sod’s law, there is no wi-fi in the accommodation. I mean, what kind of world are we living in?! We’ve been cooped up forever and need a break.

I’ll try and schedule some posts if I get the time, but it’s looking tight.

In the meantime, I would love if any of you awesome people could support by grabbing one of these fiction/off-topic books of mine for your summer reads:

First off, Survival of the Fittest: Metamorphosis [UK]. The description is as follows:

No one seems to know where it started. Or exactly when. And certainly not how. But it is here, and everything that everyone holds dear falls prey to the ravages of the virus. Some are unaffected, and they must quickly come to terms with their new world – a dystopian Britain in the early convulsions of collapse.

Follow a disparate collection of people as they fight for their lives in this first instalment of the “Survival of the Fittest” series.

Where the journey will take them is anyone’s guess.

“Johnny Pearce has written a shockingly good zombie story with a literary quality unfamiliar to the genre. Don’t let the slow build fool you―the growing tension plays a vital role in allowing everything to snap with a most satisfying sort of frayed devastation. Once all hell breaks loose it’s a no holds barred gore fest!” Tristan Vick, author of BITTEN: Resurrection and BITTEN 2: Land of the Rising Dead

The sequel is now out! Survival of the Fittest: Adaptation [UK] follows on from where the last left off. 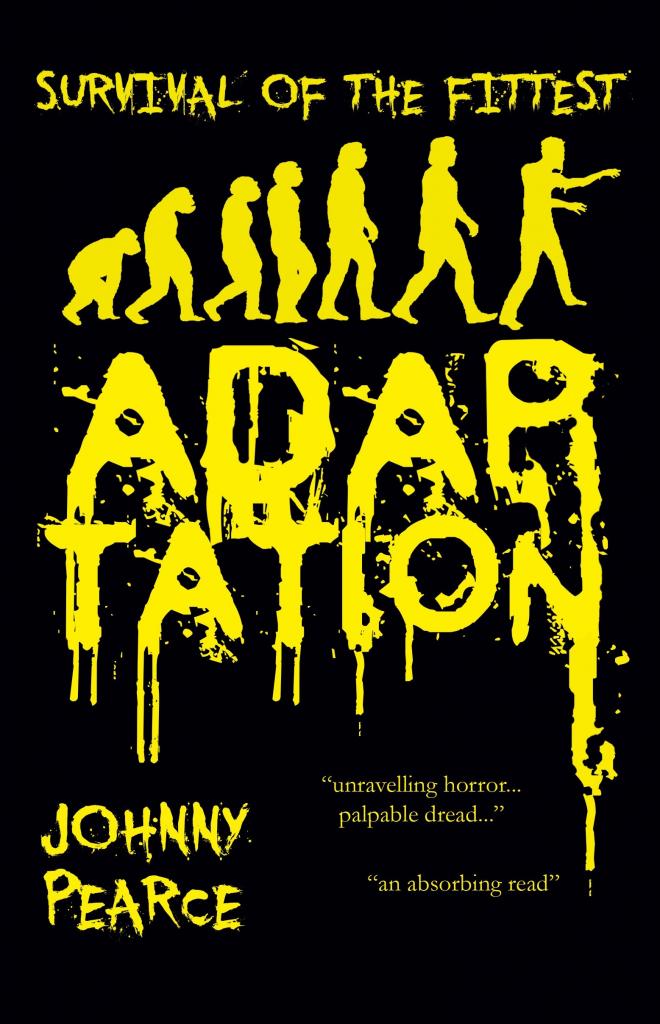 Set immediately after the events of Survival of the Fittest: Metamorphosis, and as the global pandemic has ravaged society, the disparate survivors are gradually brought closer together as they fight for their lives or seek out family and help. Ordinary citizens are thrust together and forced to make choices that they are not used to as they evade the viral victims of the outbreak.

Pearce writes dystopian horror not just with a punch but with thought as well, interweaving philosophy and thought-provoking moments into the genre.

“Adaptation begins where Metamorphosis left off, with a scattered cast of characters gradually finding each other-and finding ways to adapt to the terrifying metamorphosis of the world. As the storylines merge, we see how the good and the bad, the bright and the feckless, the brave and the cowardly, begin to change to meet the new challenges, or fall victim to their own inflexibility. An absorbing read, with glimpses of light and hope through the dark clouds of the new reality.” Rebecca Bradley, author of Cadon Hunter and From Hades With Love

“Eerily prescient, breathlessly paced and wonderfully written, this is a sublime story of survival and friendship in the face of unrelenting horror. It’s the human heart that sets this tale of a post pandemic apocalypse apart from others in the genre. The characters never feel false―they’re endearingly flawed, reacting to the unfolding terror in ways you can genuinely relate to and sympathise with.

“The writing, too, is a cut above much other fare in the genre. Pearce expertly weaves themes as diverse as the loss of parents and the existence of God in between scenes of suspense and creatures with a craving for human flesh.

“The undead may be the propulsion, but the characters and their interactions are the engine of the story. You find yourself rooting for them, bemoaning each moment of peril and cheering each narrow escape.

“If the first book was a slow burn of suspense, this sequel is a raging inferno of terror, burnin

g through the pages with a ferocity that doesn’t let up from the first page to the last.

“The greatest compliment to any book in a series is how eager you are to find out what happens next. When I’d finished Metamorphosis, I put the book down, took a deep breath, and asked when I could read the next installment.

“If you like your horror well written with characters and situations you can believe and invest in, and a story that will have chewing your nails down to the quick, do yourself a favour and dive in.” Andy Logan, Creative Director, FavOURite Productions.

And for something completely different, how about The Family Book of Word of the Day. For a Year. Every Year. Forever. [UK]. 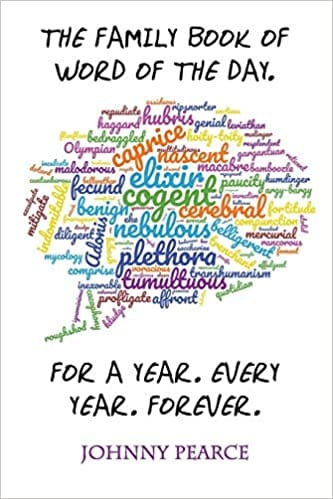 (The US version is going cheap on Amazon paperback just now.)

With this in mind, this book intends to give the reader another tool to be able to increase the size of their vocabulary to help you improve your outcome, no matter what your age. And, let’s face it, it can be fun to learn new things. Including words!

For each day of the year, a word is provided, along with a definition, and example of how the word might be used, and a comment from the author – an interesting fact associated with the word, some etymology (word history) or some irreverent banter!

July 30, 2021
The Dependence of Biblical Law Codes on Ancient Near Eastern Law Codes (II)
Next Post

August 1, 2021 Miracles as Parables
Recent Comments
0 | Leave a Comment
"All ears. This'll be good."
90Lew90 Authoritarianism, Economic Liberalism and Moderation
"Well, I don't know why this atonement thing is so hard to understand. C.S. Lewis ..."
Beau Quilter Problems with Mark’s Crucifixion Death and ..."
"Thank you - interesting. I wonder if there are periodic attempts to detach UK government ..."
Beau Quilter Humanists File Opposition Brief in High ..."
"I don't know about that. I have never been much for science fiction, and I ..."
Rick O'Shea Problems with Mark’s Crucifixion Death and ..."
Browse Our Archives
get the latest updates from
A Tippling Philosopher
and the Patheos
Nonreligious
Channel
POPULAR AT PATHEOS Nonreligious
1

Nonreligious
The Times They Are A-Changin'
A Tippling Philosopher

Nonreligious
David Madison on "The Resurrection"
A Tippling Philosopher