My Resurrection Talk and How the Narrative Was Constructed

My Resurrection Talk and How the Narrative Was Constructed August 16, 2021 Jonathan MS Pearce

As you know, I gave a talk on Saturday on the Resurrection and was worried about my “performance” since only last week, on holiday. I lost the use of my legs for a couple of days. It was scary multiple sclerosis stuffed. I put it down to a 48-hour virus – I had a stomach and headache as well. They’ve come back now, though I’m a bit shaky, but I was worried about both mobility and brain.

As mentioned, it went really well. Indeed, the organiser said:

“It was a high-octane performance! Entertaining, educational, and devastating. Deserves much bigger audiences, including those who most need to hear it (Christian apologists and theology students). It looks like the stem-cell treatment has given you enhanced brain power!”

One of the attendees kindly posted this:

I only took five copies of my Resurrection book and they all went in a flash. Hey ho.

But what I realised in the run-up to my talk, in doing the PowerPoint, was the importance of one of the quotes I used from my book, itself a quote from someone summing up the John Dominic Crossan’s views. The quote is bolded below and serves to be what I think is the most accurate account for how the narratives were constructed, and how they have little in common with the original events.

The phrase I keep on using is: It’s theology, not history.

It’s theology, not history. That sums it all up. Writing qua communication is all about three things, for everyone – you, me, the Gospel writers.

Form (content, form of communication etc) is dictated by the audience and the objective of the communicators. The Gospel writers had their different audiences and their differing agendas and objectives, and these dictated what they wrote.

They were not writing history.

As far as the Resurrection is concerned, much is about the events being a new formulation of the Yom Kippur ritual – the ritual of atonement for Jews.

Yom Kippur is one of the most popular Jewish celebrations throughout the year, known as the Day of Atonement (which should raise eyebrows when considering Jesus died as atonement). The purpose was to undergo individual and collective purification by forgiveness and repentance of sins.

Before the destruction of the Temple in Jerusalem, a sacrificial ceremony involving the high priest took place in the Holy of Holies. This entailed confessing his own sins, the sins of priests, and the sins of all Israel. He was clothed in white linen and entered the Holy of Holies, something only allowed at Yom Kippur. Here, he sprinkled the blood of the sacrifice and offered incense.

The key to the whole ceremony (in terms of our analysis) is then what happened: two goats were selected for two different outcomes. One goat (the “scapegoat”), symbolically carrying the sins of Israel, was driven to its death in the wilderness. The other goat (the immolated goat – the “goat to Yahweh”) was consecrated to God. The goats were supposed to be alike, as twins: the commandment required that the two goats be identical in appearance, size, and value. These would appear as twins – the same on the outside – but with different destinies.

There have been different views on which goat is represented by whom in the Resurrection narrative, as discussed by Hans Moscicke in the excellent “Jesus as Goat of the Day of Atonement in Recent Synoptic Gospels Research”.[1]

You could present arguments to support Barabbas being set free by Pilate as the scapegoat, but likewise Jesus as the scapegoat, carrying away the sins of Israel. Were Jesus and Barabbas alike, as twin goats? Moscicke details an evaluation that includes:[2]

Even if Origen’s statement (on Matt 27:16-18) that some [manuscripts] of St Matthew in his day read ‘Jesus Barabbas’ as opposed to ‘Jesus called Christ’, be not relied on, here yet remains a very singular coincidence of name between the two. Barabbas, son of the Father, stands in a remarkable antithesis to the Son of man, who claimed God as his Father.

Indeed, the analysis shows Matthew’s interest in Jewish holy books and customs, such that the narrative follows Yom Kippur as such:

Although biblical scholar John Dominic Crossan has a slightly different view of the interpretation of Yom Kippur through the Easter story, Moscicke presents Crossan’s analysis of the development of the Easter story, and I think it is absolutely spot on:[3]

Crossan argues (1985: 125-81; 1988: 156-57; 1991: 375-76) that the passion tradition evolved through three primary stages: (P1) the historical passion, (P2) the prophetic passion, and (P3) the narrative passion. During P1, Jesus was crucified, but his earliest followers knew none of the details of his execution. During P2, Jesus’ disciples interpreted the meaning of his death in light of the Old Testament, but they did so without reference to the particular details of the passion events. During P3, Jesus’ followers organized this complex array of scriptural proof-texts into a coherent and sequential narrative, refining and augmenting the story with verisimilar historical detail.

And this is what we see in the embellishment together with increase in theological complexity of the Gospels. I believe that the narrative was eventually created and/or moulded to fit the theological agendas desired by the different authors.

Helmut Koester built upon Crossan’s thesis, pointing out some striking similarities between the Yom Kippur tradition and the Easter narrative, and with reference to the Epistle of Barnabas, written somewhere between 70-130 CE:[4]

[Koester affirms the] incorporation of the ‘royal mocking’ motif (pp. 224-25). The Jewish tradition of spitting upon the scapegoat (Barn. 7.8) established a bridge to Isa. 50.6…and the supposed Jewish tradition of piercing (κατακεντέω) the scapegoat (Barn. 7.8) created a link to Zech. 12.10 (pp. 224-25)…. Once the scapegoat typology was firmly established, Koester suggests that the passion tradition evolved to integrate the theme of royal mockery by means of the following motifs: (A) tying a piece of scarlet wool around the scapegoat’s head (Barn. 7.8); (B) placing the scarlet band among thorns (Barn. 7.11); and (C) (possibly) piercing the scapegoat (1990: 224-25; Barn. 7.8). Christian tradents blended these motifs with the theme of royal mocking, and they became: (A´) the purple/scarlet robe placed upon Jesus (Mk 15.17; Mt. 27.28); (B´) the crown woven from thorns (Mk 15.17; Mt. 27.29); and (C´) the reed placed in Jesus’ right hand as a mock scepter (Mt. 27.29; cf. Mk 15.19). The Synoptic Gospels finally incorporated this combined tradition.… Lastly, Koester suggests (1990: 225) that Matthew utilized an older christological goat typology independently from Mark. Thus, Mt. 27.28 changes the purple (πορφύρα) garment of Mk 15.17 to a scarlet (κόκκινος) garment to correspond to the scapegoat’s scarlet attire, conforming to the tradition preserved in Barn. 7.8. Similarly, Mt. 27.34 and 27.48 preserve the elements of vinegar (ὄξος) and gall (χολή) that were used in the older typology of Jesus as immolated goat retained in Barn. 7.4-5. This passage in Barnabas draws a correspondence between (A) a Jewish custom in which the priests are to eat the intestines of the immolated goat unwashed with vinegar, and (A´) the sacrificial death of Jesus, who was offered gall mixed with vinegar at his crucifixion, and the consumption of his body in the Eucharist. While Mk 15.36 and Lk. 23.36 only transmit the tradition concerning vinegar (ὄξος), Mt. 27.34 includes the tradition involving gall (χολή; cf. Mk 15.23) to conform to an earlier tradition that interpreted Ps. 69.21 (Ps. 68.22 lxx) in light of the immolated goat typology (Koester 1990: 227-30; see Barn. 7.5; Gos. Pet. 5.16).

There is an incredible preponderance of Gospel authors shoehorning in aspects of tradition to the Resurrection narrative in exactly the same way we have seen in the context of prophecy, severely casting doubt on claims of historical accuracy.

Please grab a copy of my latest book, on the Resurrection:

The Resurrection: A Critical Examination of the Easter Story [UK] 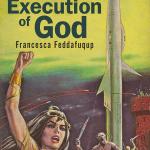 August 17, 2021 On The Gospel of Mark
Recent Comments
0 | Leave a Comment
"So the fact that Hillary joined others for Bible study, when she was not a ..."
Linda Vouchers Are Not Free Exercise
"Many conservatives are pro-choice. Your comment wasn’t an especially contentious point for most people, largely ..."
Geoff Benson A Tale of Two Cities
"I couldn’t agree more! It’s precisely this mindset that makes it impossible to have a ..."
Geoff Benson Authoritarianism, Economic Liberalism and Moderation
"You're a m0r0n, and I don't care at all if you've blocked me."
Traveller Authoritarianism, Economic Liberalism and Moderation
Browse Our Archives
get the latest updates from
A Tippling Philosopher
and the Patheos
Nonreligious
Channel
POPULAR AT PATHEOS Nonreligious
1

Bangladesh to become a secular state in the...
THE government of Bangladesh, headed by Prime Minister Sheikh Hasina, above, has...
view all Nonreligious blogs
What Are Your Thoughts?leave a comment
Copyright 2008-2021, Patheos. All rights reserved.