Fear of death is a great motivator. Everyone has this instinctive fear, and its counterpart, self-preservation. Religious belief allays that fear with the promise of an eternal soul. Children learn early that all people eventually die. They are especially susceptible to the promises of “salvation” through religious belief. Once implanted, those ideas become a virtually unshakeable foundation for an individual’s worldview.

Most young people, religious or not, don’t think much about death. But as they grow older, it’s impossible to ignore it, as they lose friends and family members. As the inevitable end of their life approaches, they cling to their religious beliefs for comfort. How do nonbelievers deal with this?

I think most of us accept it as part of the life process, part of nature. In my case, nearing the age of 85, I know that my remaining days are “dwindling down to a precious few,” in the immortal words of Kurt Weill’s “September Song.” I intend to enjoy the time I have left.

When I was in my fifties, I remember asking myself how long I wanted to live. I thought eighty would be a good number. As I got older, I revised that upwards to eighty-five, but it depended on my health, both mental and physical, and whether I was still enjoying life. I am fortunate that my health has held up well, and I still have a lot of fun. I think I need to revise that number one more time.

I have watched family members and friends deal with declining health, and debilitating terminal diseases, and have come to some conclusions.

Cancer is a terrible disease, often requiring surgery, radiation treatments and chemotherapy. It’s the last one that I want to talk about. Chemotherapy (chemo for short) is basically the introduction of poison into the body in the hopes that it will kill the cancer before it (the poison) kills you. Invariably, it causes considerable suffering in the individual. Sometimes it kills the cancer, and the person recovers. Often there are lasting effects, the least of which is hair loss. The quality of life for the survivor of chemo is almost always degraded, sometimes drastically.

For a younger person, say in their fifties or younger, chemo might be the right treatment, but for someone my age, I am doubtful. Those few years of suffering the effects of the chemo might be the only ones I have left. I have pretty much decided that if the docs recommend chemo for treatment of a cancer, I will decline. I will use the years I have left to continue my enjoyment of life…as long as I can.

And when the end is near, and the enjoyment is gone, I will consider pulling the plug.

I have come to terms with death. As a lifelong nonbeliever, I have had plenty of time to think about this. I’m comfortable with it. 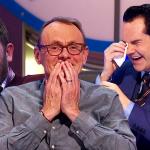