An Easy-To-Miss Example of Subtle Racism from the Right

An Easy-To-Miss Example of Subtle Racism from the Right September 14, 2021 Jonathan MS Pearce

This example had to be pointed out to me. I missed it. It’s subtle.

Okay, so preamble. Imagine a young British sprinter, John Smith, suddenly explodes onto the world circuit from nowhere. The country hasn’t really heard of him, the world certainly hasn’t. He wins an Olympic gold from nowhere. In their first front-page splash in a national newspaper, the headline reads “Dreams really come true!” and below, the large tagline reads, “John, 18, wins Olympic gold”. So you introduce this elite athlete to your readership as “John”.

That would be weird. There would be no reason for doing this. 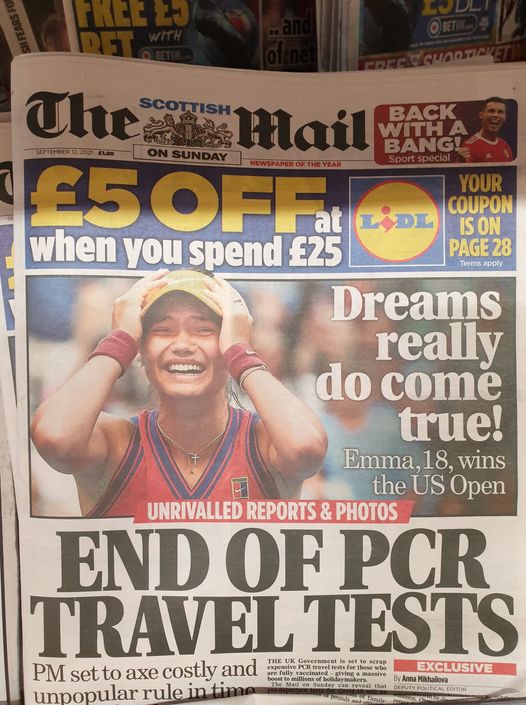 As you may or may not know,  our good friend Emma has just won the US Open at 18. Remarkable for a host of reasons (randomly picked up from the BBC):

She has lost just 27 games in total across her SIX main draw matches in her first overseas Grand Slam.

She’s also the first British woman to reach the US Open final since Wade in 1968.

And she is just the fourth British woman to reach a Grand Slam final in the Open era.

Emma Raducanu is the first qualifier to reach a Grand Slam women’s singles final in the Open Era.

Ranked 336th in the world before Wimbledon, Emma Raducanu is now knocking on the door of the world top 30.

I watched it – it was superb.

What makes things awkward for the Daily Mail (DM) is that she is an immigrant, brought to the UK at two, and is a Mandarin-speaking child of Romanian and Chinese parents. Her surname is the very Romanian name “Raducanu”. What a heady mix for the DM. They love Romanians, usually. Don’t they?

“Huffington Post: British media demonized Romanians but spared Bulgarians” is an article that looks at reporting of Romanians in the UK right-wing media landscape. 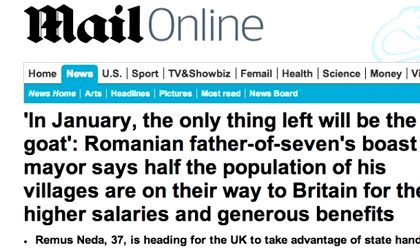 And there have been these, many targeting Romanians explicitly: 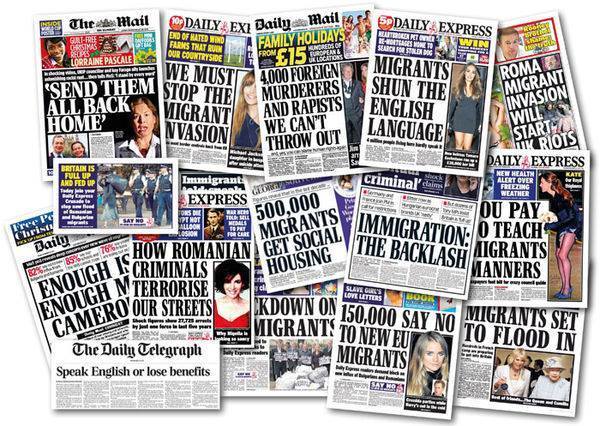 And this rarity of a step back: 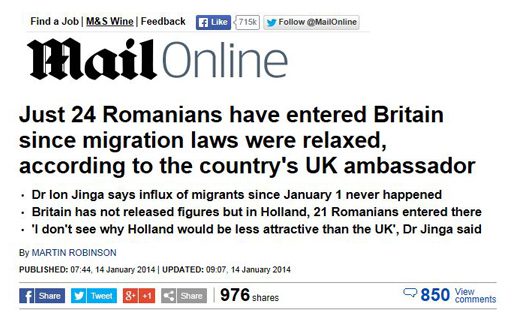 Can’t say they are big fans of the Chinese either. I could dig up some lovely examples in that context, but you get the point.

Now, I don’t want to have a big immigration debate. Uncontrolled immigration can be an issue, and we have problems with perception vs reality. But the double standards and subtle techniques of the right-wing media don’t go unnoticed by some astute people.

Turns out The Daily Express were at it first, including some rather egregious double standards: 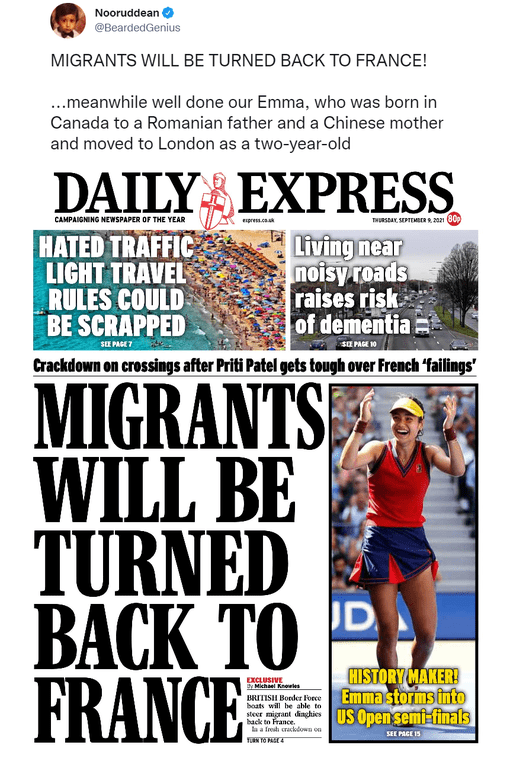 Good ole Emma , she’s like our best mate now. Hey, Emma! Nice one! What a lovely name you have. Just like a Jane Austen character. Lovely English name, that.

Now I don’t want to weaponise Emma Raducanu in the culture wars, but we should not ignore instances of casual racism when we see them.

September 15, 2021 Check out My New Interview with Harmonic Atheist
Recent Comments
0 | Leave a Comment
""I read a few things by Pinker, looked at a clock, and decided my lifespan ..."
Chuck Johnson Humanist Morality (I)
""Entropy in a physical system is inevitable . . . "Overall entropy increase in our ..."
Chuck Johnson Ontology, Essentialism, Faulty Foundations and, Well, ..."
"It is not encouraging that you have refused to acknowledge how much your "Strong, holy ..."
Luke Breuer Steve Mason, Josephus, Jesus and the ..."
"I started to re-read the first 100 pages of Sapiens. Let's resume this discussion once ..."
Cynthia Breaching the Epistemic Barrier
Browse Our Archives
get the latest updates from
A Tippling Philosopher
and the Patheos
Nonreligious
Channel
POPULAR AT PATHEOS Nonreligious
1 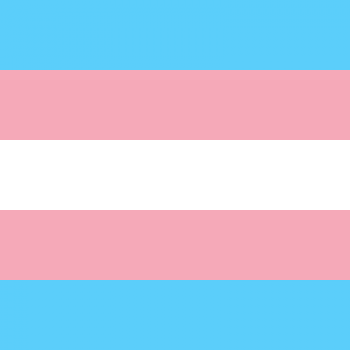 Nonreligious
What Is Wrong with the Left?: The Mechanisms...
A Tippling Philosopher
TRENDING AT PATHEOS Nonreligious