I recently wrote that everything I predicted, as a Remainer who publicly debated the EU referendum back in 2016, is coming true.

But I just want to update some of my American friends on what is presently going on. Those right-wingers in the US – some of whom comment on this blog – supported leaving the EU because it was a big “screw you” to free movement of people qua immigration. 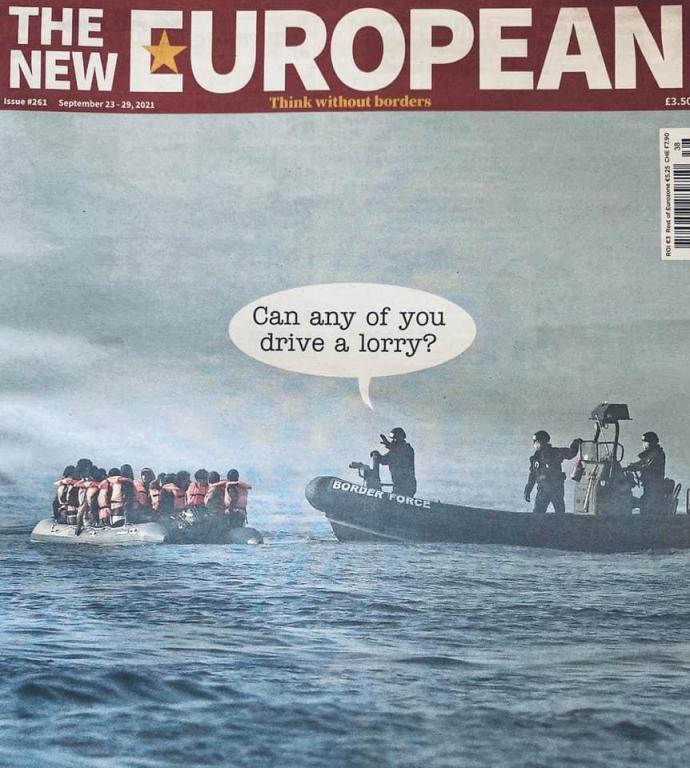 Except, as with everything, it was way more complex than that. Right-wingers have been traditionally been pro-Brexit by also claiming they are small government liberals. Of course, Lexiteers (left pro-Brexiteers) will tell you that the EU is a neoliberal enterprise. Free movement of capital, services and labour is a neoliberal ideal, after all.

The EU is something of a contradiction in many ways: a neoliberal project with a penchant for moral positioning and regulation, a step towards a one-world order, perhaps.

But we won’t let nuance get in the way of a simplistic bit of jingoism.

Anyway, you might have heard how well it is going over here. No one wants to do the work that (Eastern) Europeans used to do over here. Everything from nursing to abattoirs and meat industry preparation, fruit and veg picking to HGV driving, we’re basically buggered.

We presently have a fuel crisis – well, one of many crises. I have been unable to fill my car up this week until this morning when my petrol station reopened. That was a nice wait, and even then I was restricted to £30.

So here is what we have:

This is just the tip of the iceberg, and not to mention all of the other problems with Brexit that I have previously mentioned (the environment, workers’ rights, etc)… 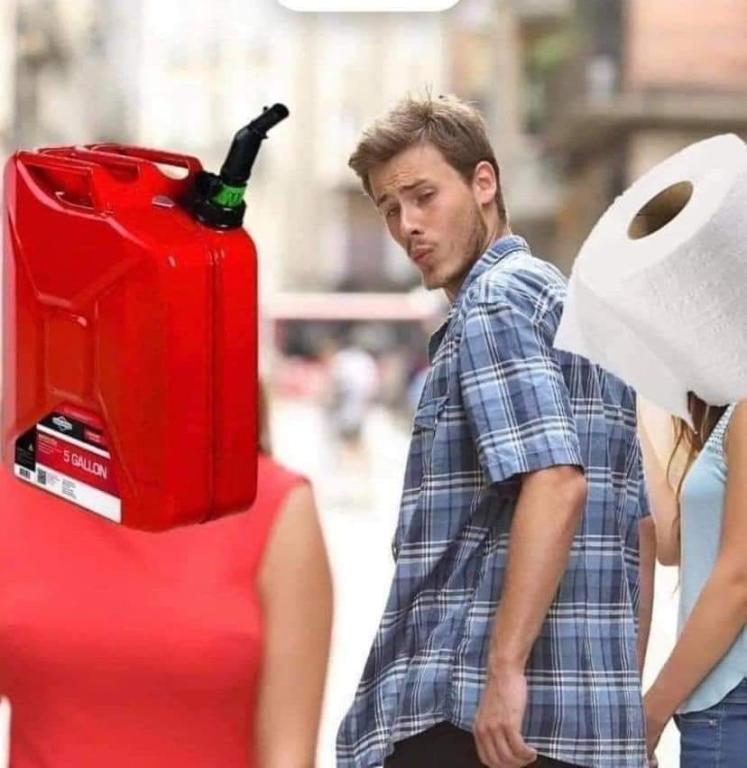 See James O’Brien’s excellent interview of Polish journalist and truck driver Tomasz Orynski, who decimates the UK government’s supposed solutions, and gives a really fascinating view of Europan truckers operating (or not) in the UK. Well worth watching (I can’t seem to embed the video).

A great point being that all the truckers jobs going in the UK are the worst ones – the ones that our drivers don’t want to do – so why would Polish drivers want to come the UK for three months only to be kicked out after that?

Here are a few interesting videos to watch. The first one raises an eyebrow because the turkey farmer states that the news organisations that have interviewed him have edited out what he has said about Brexit because they don’t want to blame Brexit, for whatever reason:

And another disaster area is the fish industry. Mariella Gabutt went viral for her sarcastic Brexit remark on the BBC News, but she was not allowed to say what she ended up being candid about with Byline:

So on and so forth. Look, I get it, Republican voters in the US hate the poor (even though many working-class people vote for them because, you know, guns, abortion and God, right?), so it’s no surprise that such voters (as we see on the threads here) will still blindly (because they didn’t really understand Brexit anyway) support Brexit, the Tories, and the continued assault on the working class.

But Amazon still get away with paying a pittance in tax, and all the Covid contracts were given to tory chums and neighbours.

Bunch of corrupt idiots. Yes, Angela Rayner, I agree with you.

Just a quick note on this as people called me out last time for supposedly not being in support of HGV drivers getting paid better for their work, a result of the European drivers going back to Europe and there being a shortage in the UK. Lack of supply, high demand, the cost goes up.

In principle, yes to higher wages, within reason. So this is a huge increase all of a sudden and arguably might not reflect value for money. Drivers are in…the driving seat.

The problem is, this still doesn’t solve the problem. Thinking that all UK unemployed will just all be rushing to be HGV drivers on fantastic pay is not the realistic solution to this. (There is a knock-on effect on industries that lose already-employed workers to drivers then themselves being understaffed, and their staff costs rising from a shortage…) The government know that plugging the hole with UK staff will not solve this, too, so they have scrambled a visa package together. Quick, get me some immigrants! You know, the ones we shooed off! But as you can tell from the interview above, and from articles like this, that package is being snubbed by European drivers.

The Daily Mail, typically, are selling this issue as a Brexit success:

A £62,000-a-year pay packet would put fruit pickers on par with dentists in terms of average annual salaries and is almost exactly double the UK average of £31,000-a-year.

Meanwhile, one courier firm is offering delivery jobs for salaries of up to £52,000-a-year – more than the average London based office salary of £42,500-a-year.

Milkmen can also earn themselves a bumper pay packet, with one employment advert offering up to £45,000-a-year for a milk delivery driver. 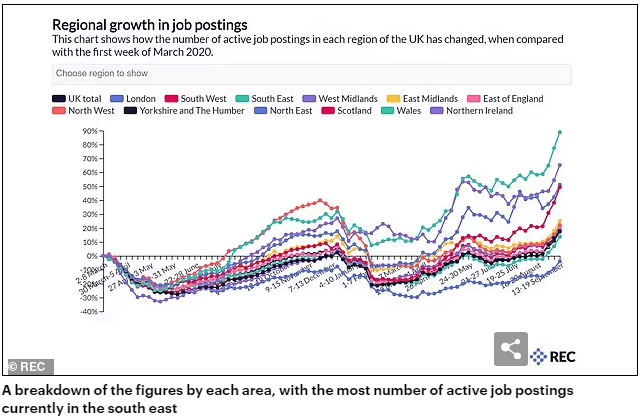 All of those jobs that Europeans used to do now need to be filled. And whilst I have no problem with better pay, an immediate shock to the system of a whole range of jobs commanding massive pay increases will cause huge inflation that will affect the working class and lower-middle-class the most.

Of course, the reality here is that these figures won’t necessarily reflect the value of those jobs accurately (in the short term) and will cause a huge inflation to the products and services (and given that one service is transporting most every other product, the price of everything rises). Our grocery bills are going up, our energy bills have soared, our energy companies are going bust leading to less competition whilst US companies are protected, our shelves are looking emptier, Christmas might be a struggle, and all the while universal credit is reduced for the poorest, and NICs are increased. People who were living on the breadline a few months ago are now faced with quite some doom and gloom.

Or, in another way, fuck the poor.

But at least we’ve got blue passports again, right?

In the long term, after a lot of pain, we might get to a better place with more British people employed in better-paid jobs, but the pain in getting there…

But this is what I said before – I would love to have asked – demanded – that Leave voters had to pay upfront for the first year, and annually thereafter, for the cost of Brexit. It is already costing us an awful lot – our bills since 2016 are much higher – and I would be interested to see how many Brexiteers would have thought it was still worth it. I would love to see their vote in light of the actual out-of-pocket costs Brexit will incur.

September 28, 2021
Verbose Stoic and the Right to Bear Arms
Next Post

September 29, 2021 Humanists Call On Supreme Court to Uphold Constitutional Rights of Condemned TX Inmate
Recent Comments
0 | Leave a Comment
"I'm curious if skl has either the wit or the courage to try and to ..."
Omnicrom Analysing the Basis for Heaven and ..."
"Not reading is how you learn things.I'm pretty sure they teach that in philosophy courses."
Anri A Tale of Two Cities
"Bliss is quite a reward.Just ask the drug addicts.Just ask the God addicts."
Chuck Johnson Analysing the Basis for Heaven and ..."
"What is has to do with the subject is that someone here was carping on ..."
Anri Vouchers Are Not Free Exercise
Browse Our Archives
get the latest updates from
A Tippling Philosopher
and the Patheos
Nonreligious
Channel
POPULAR AT PATHEOS Nonreligious
1

Nonreligious
Your Foundations Are Wrong; Your Conclusion Is Wrong....
A Tippling Philosopher
TRENDING AT PATHEOS Nonreligious