I have been dipping my toes into the calm waters of the flood again – Noah’s Flood.

It’s an argument about physical evidence, and, of course, there is no physical evidence for it – whether global or regional. Indeed, I argued it was actually more difficult to rationally establish a local flood than a global one.

Apologist Dave Armstrong was complaining that I wasn’t interacting with his apologia for a localised flood. So I half-read it. I say half because I got halfway down and couldn’t take any more. I declared, “I literally don’t understand how someone can rationally assent to the claim.”

Or, as commenter RainbowPhoenix nailed it: “You’re still attributing local scenarios to divine intervention, rather than examining how a mundane disaster might be distorted over the years into the myths we currently know.”

His first piece (linked above) essentially boils down to “God did a miracle” (we’ll get onto this in a bit) as well as, “but just in case he didn’t, here’s a bunch of modeling and ‘evidence’ to suggest it could well be natural”. He’s eating his cake and keeping it, too.

And when he does try to present natural evidence, he presents someone saying it might just about be done if x, y, z happened and there is a 40-day model of 2.75 inches of rain per hour and tapering off to “just” 1 inch per hour every hour for the next 110 days. Solid.

Yeah, as I said, I stopped reading after that.

He relies heavily on Alan Hill’s “Quantitative Hydrology of Noah’s Flood”. However, even the author of this calculation admits God ‘having performed a “nature miracle”‘ (p. 130). He also admits, “First, this model, and the nature of the assumptions it embraces, are crude at best” and “we are unable to realistically determine what actually happened to any level of detail during Noah’s Flood” (p. 131). The piece relies on an incredibly unrealistic storm surge that lasts for an inordinate amount of time, relying on a whole set of variables. Due to the “paper’s” complete lack of citation, I imagine no one takes this stuff seriously.

The main issue appears to be his reliance on a fairly arbitrary 40-mile conduit into the Persian Gulf  as being the only place where the water can escape. Of course, Mesopotamia is BIG and VERY FLAT. In fact, there is a 1200-odd km southern flatness where, you know, an absolute deluge of water could flow and no storm surge could keep it in. 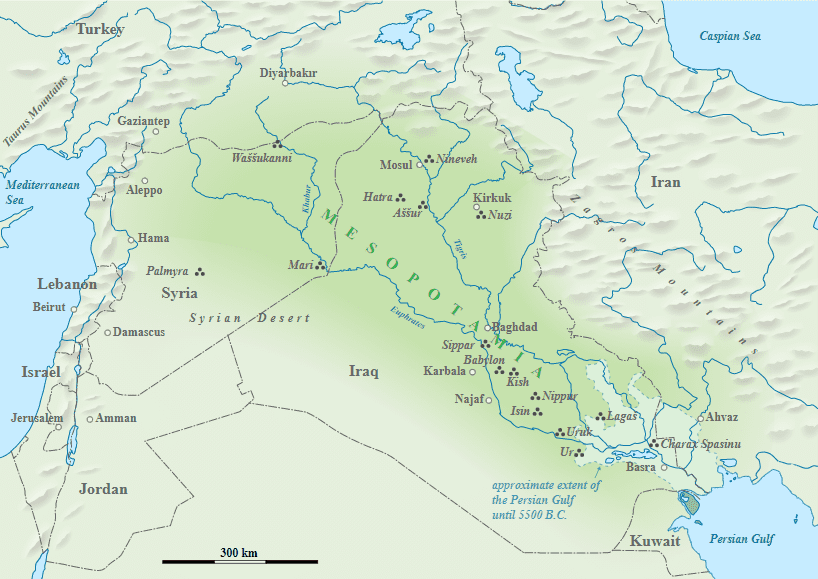 And, before I go on, none of Armstrong’s piece or the sources overcome the problems I set out in my own piece, particularly the theological issues (A regional flood is a retribution on all of humanity? How does this fit with Cain and Abel, and the Tower of Babel etc.?) and the idea that, if this was a localised flood, then anyone could have just, you know, escaped the region or run up a taller hill… I mean, what proportion of all of humanity that is supposedly evil and requires punishment lives on this floodplain? None of this makes nay sense of the Hebrew Bible.

It’s all so desperate.

You would be demanding, with ALL SORTS of extra variables in place (such that the water doesn’t just rush away into that big flat desert area to the south, there), at least 2046 inches per month, and then for an extra ten days, and then a whole big bunch more thereafter. That is over double the rate seen in one month than over one year in the single wettest place – a village.

It gets worse, though, because those rainfall stats I provided are for a tiny place, not a whole region. So for that amount of rain to fall over a behemoth region is – well – impossible. Actually impossible. There is simply not that amount of rain possible in the world, and no example of this ever having happened. The atmosphere cannot collect that. For clouds to hold that much rain and dump it over THE ENTIRETY of Mesopotamia is utterly ridiculous.

Just think about it

And I’m not convinced it would not flow away too quickly due to…storm surges.

He replied “Nonsense. There have been several floods of the magnitude that my model posits: from storm surges, tidal waves, etc. And there have been instances of a great deal of water remaining for months.”

Yeah, but no. Not to that degree. Ever.

And he seems to have reduced his flood theory scope over time so now this really, really is a local flood: “It’s only the floodplain of Mesopotamia, and it doesn’t have to be all that deep.“

Wow. Quite the climbdown.

I suggest you go and read Genesis 7-9 and see whether the Bible is talking about the Mesopotamian floodplain, and not at all that deep. “It doesn’t have to be all that deep” also happened to kill every human being and animal, including swarming insects. All dead. From a floodplain flood.

I could go on looking at Armstrong’s apologetics but it’s a waste of time, it really is. But perhaps this is a “win” of sorts. He is moving goalposts because evidence has actually forced him to admit a smaller and smaller scope for the huge inundation so that perhaps we will get to some real local flood that he admits was the foundation of a mythologised biblical account like, you know, we see in every other culture of the world.

He’s written another piece on how a Mississippi flood can be used as evidence for such a flood. That reasoning, too, was erroneous for a whole bunch of reasons. A 30ft flood that took a year to subside (without having a massive flat desert to the south). I think it, at peak, rained 15 inches in 18 hours, not remotely near 2.75 inches every hour for 40 days, and then another 1 inch every hour for 110 days…

Another commenter pointed out:

You’re conflating numbers here. The rains fell over “several hundred thousand square miles” but the inundated area was only 27,000 sq mi. If the Mesopotamian flood basin is 170,000 sq mi and “one of the flattest places on earth” the whole thing is going to flood.

The main problem with this approach – and this is to put aside the fact that it is disanalagous – is as commenter Zizzer-zazzer-zuzz states in my last piece back to Armstrong: he cites the great Mississippi flood of 1926 as supporting his claim that a local flood of his hypothesized size could have happened in Mesopotamia. But if that’s the case, then God broke his promise never to do it again. It’s pretty much logically impossible to claim “other examples exist” and “never happened again” at the same time.

Perhaps my favorite Armstrong quote is this: “Then we wouldn’t have the wonderful story, laden with spiritual meaning. Obviously, he did what God told him to do. If one believes in God, and this God communicates, the follower listens and obeys.”

The part I always forget ;)

Thanks4AllTheFish pointed out the following:

The part that Jonathan always forgets is that God is omnipotent so, . . . mysterious ways. Physics, obstacles, boundaries and rules don’t apply when you’re talking about God’s magnificence.

In all honesty, I did plan on a section on this in my previous piece, but it would have dragged on even more. As this one has.

We could have all sorts of scenarios where God can do perpetual miracles, can do something insanely big like a flood and then clean up afterward to make sure no evidence exists and so on.

What we have is a confluence of criticisms against people like Armstrong. Not only do your claims not even work scientifically, but there is no positive scientific evidence for them, and your book is textually, anthropological, historically, linguistically, theologically, philosophically problematic to boot.

Or, Mr Armstrong, you have no rational justification for believing what you do. Psycho-socially? Why, yes, you were born where you were to the family and community you were. So, of course, you are Christian, and, of course, your entire life revolves around sustaining your worldview.

It’s just, you know, for me, I need good rational evidence. And that, I’m sorry to say, doesn’t include Alan E. Hill and his hydrological winguttery.

PS Buy my books so I can sustain my children. Heh.

September 30, 2021
Debunking the Genesis Flood II: The Nonsense of a Local Flood Claim
Next Post 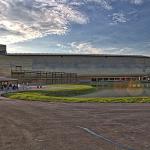 October 2, 2021 Quotes of the Day on Noah's Flood
Recent Comments
0 | Leave a Comment
"We had a rare tom for 15 years. Only cat I've ever known to obey ..."
SecMilChap Dogs and Cats
"After all this time See Noevo, I am still amaze about how eager you are ..."
TheMarsCydonia Dogs and Cats
"Terriers are very brave, from Yorkies up to Airdales. Teddy Roosevelt had a couple of ..."
SecMilChap Dogs and Cats
"Uh-oh. Just remember he’s fictional!"
BensNewLogin Problems with Mark’s Crucifixion Death and ..."
Browse Our Archives
get the latest updates from
A Tippling Philosopher
and the Patheos
Nonreligious
Channel
POPULAR AT PATHEOS Nonreligious
1