Verbose Stoic on my Free Will Chapter (II)

In a previous post, I detailed how theistic commenter here, Verbose Stoic (VS), has critiqued a chapter of mine on free will commissioned by John Loftus for his book Christianity in the Light of Science.

In the first piece, we looked at definitional issues and laid the foundations. In my chapter, I used this example to illustrate the inability to choose otherwise in an identical scenario (where the world is rewound back to the same moment):

Imagine a decision. For example, let us take Wendy. She decides at 09:15 to give $5 to a homeless person she passes in the street. Now imagine that the world continues for any amount of time (say, ten minutes). We then rewind the world back to 09:15. The LFWer believes that Wendy, at 09:15, could just as well have decided not to have given the money to the homeless person, rationally and consciously.

The idea is that in both scenarios the causal circumstance is identical – absolutely identical down to every wave function and variable possible imaginable.

I will continue in this  piece with just one paragraph:

…In general, LFWers will say that if her decision-making process ran properly and nothing changes her reasons, then she will make the same decision again and that will still, in fact, be a free decision.  Compatibilists will argue the same.  And I dare say that the average person would say the same thing.  Of course, there have been numerous psychological studies that show that the average person will give deterministic or libertarian answers to questions depending on the context, which I think the above discussion can explain.

No beef here. He continues.

I don’t quite understand some of the above. Because it looks like the causal circumstance is different. It looks like Wendy now has a good reason not to give the money (something that wasn’t evident in the first run of the universe) and then she suddenly now has regret, which would be after the decision (the text is confusing to me and I would want clarification).

In both cases, we’d be focusing on the reasons she had for the decision in the first place and how “proper” those decisions were.  If she had a good reason for not giving the money, that won’t change just because time was rewound.  But if she feels that based on what she knew at the time she made the wrong decision, then we think it possible that the decision-making process could work out better the second time around.  Again, as noted, it’s all about the reasons.

The thought experiment seeks to show that both scenarios, CC1 and CC2 are identical because they are the same world. Rewinding wipes Wendy’s memories back to the CC1 scenario. The idea here is that in any given scenario, there is a denial of the “garden of forking paths” – that there is only one path as defined by a given causal circumstance. The only way to change the outcome is to change the causal circumstance, or to introduce random.

I could be missing something here, but this seems the only way that  VS can introduce regret, and by doing this he changes the causal circumstance to gain a different outcome. 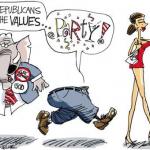 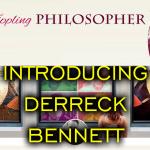 November 15, 2021 Introducing Derreck Bennett
Recent Comments
0 | Leave a Comment
Browse Our Archives
get the latest from
Nonreligious
Sign up for our newsletter
POPULAR AT PATHEOS Nonreligious
1

Nonreligious
Debating Free Will with Verbose Stoic
A Tippling Philosopher 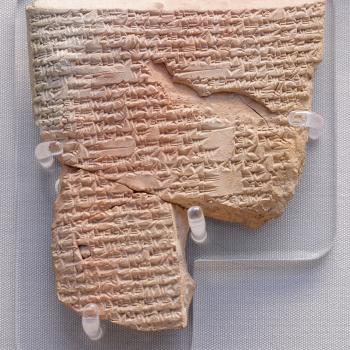